The swanky restaurant opened in October 2020 in Palm Beach, as several New York hotspots made their way to Florida where COVID-19 restrictions were looser.

The Upper East Side spot draws in socialites and machers such as Julie Macklowe, John Paulson, and Aby Rosen, with the Florida location pulling in a similar crowd. Sylvester Stallone, Dr. Oz and his wife Lisa, Sharon Bush, restauranteur Danny Meyer, and celebrity photographer Patrick McMullan were all spotted at the Florida location.

In a copy of the lawsuit seen by Page Six, filed this month in Palm Beach Circuit Court, financier C. Edward Carter claims that Denoyer “fraudulently” induced him into investing $450,000 into the company, making him a co-manager. 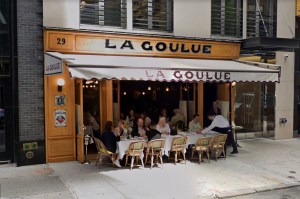 Carter claims that there were “five egregious misrepresentations or omissions of material fact constituting fraud,” including not disclosing a $100,000 debt Denoyer owned his third wife through the business, the “existence of unpaid bills and pending litigation,” and “misrepresenting the substantial start up costs.”

Carter’s suit also accuses Denoyer of bad management, claiming he had “childlike public temper tantrums in the restaurant, making snap horrible decisions about the management of La Goulue, its menu and personnel.”

It also claims “One item Carter could never fix was Donoyer’s insatiable ego where he would show up at La Goulue almost every night at prime dinner hour during ‘season,’ take the best table for himself and treat whomever he would want to dinner… without regard for cost by ordering large and expensive amounts of food and wine and in a loud public display ‘hold Court.’” 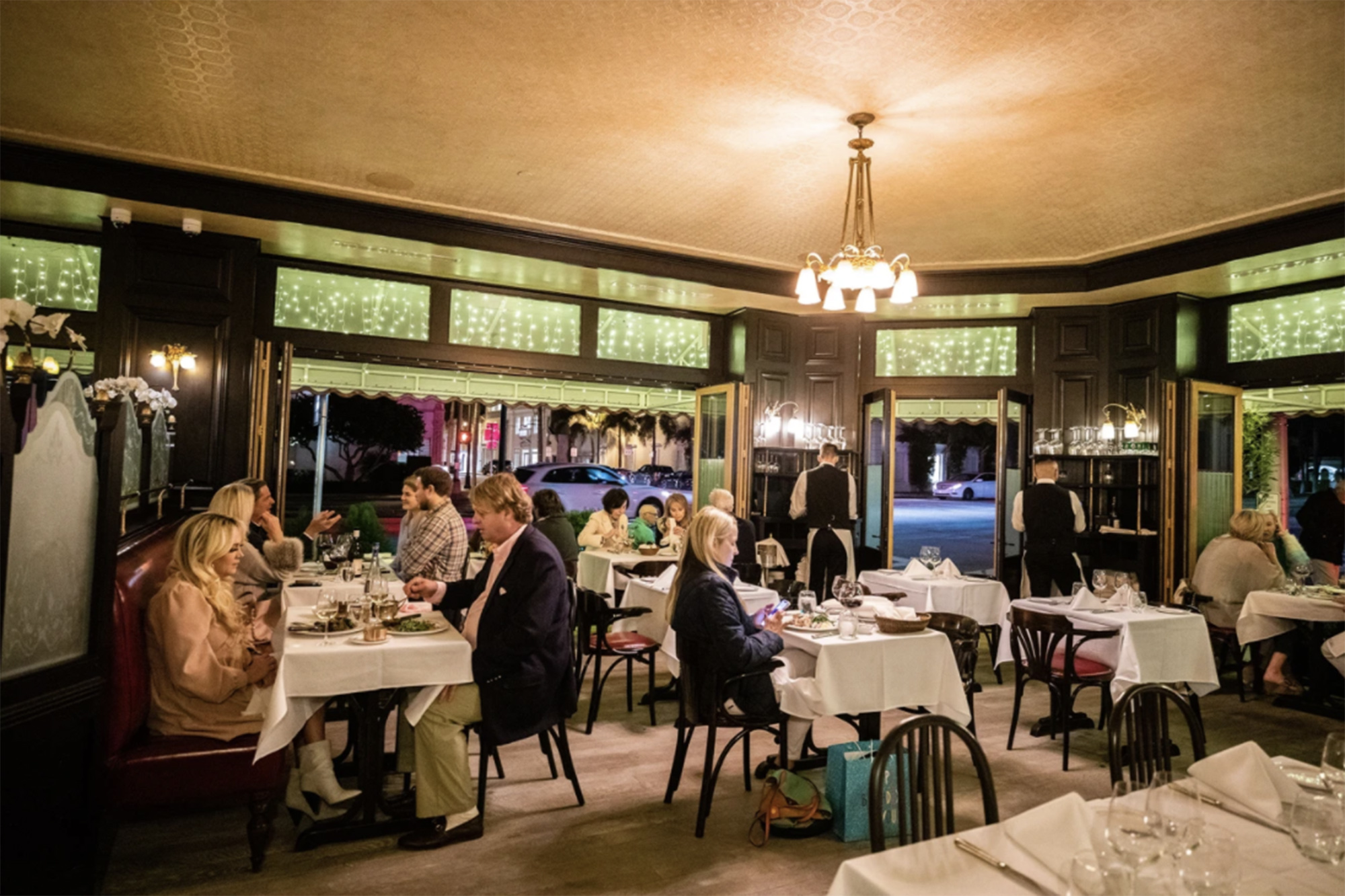 The suit claims these showy dining sessions cost the restaurant “$8,000 a month” in meals.

Carter claims this type of behavior “alienated” employees and caused some to quit.

He also alleges that Denoyer’s business decisions caused the construction to run over budget by $2 million.

The suit goes so far as to claim that if all financial information had been disclosed “Carter nor anyone with a lick of sense would invest in the restaurant.”

He is seeking a jury trial. 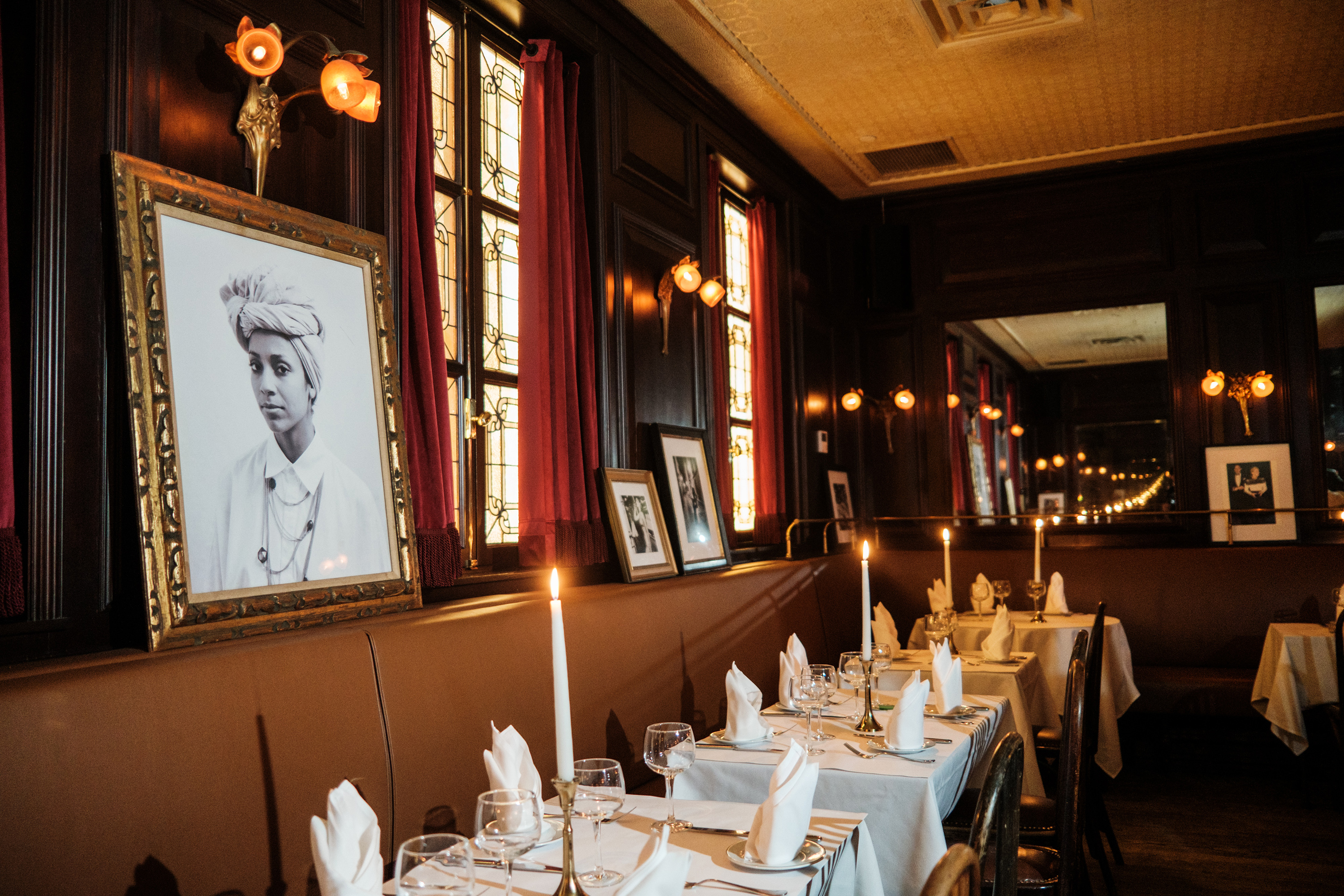 A lawyer for Denoyer commented to Page Six, “This lawsuit is entirely without merit. It appears to be designed to take advantage of the pandemic to gain control of La Goulue Palm Beach and squeeze Mr. Denoyer out of a business he has built over the past 50 years. Mr. Denoyer will respond in more detail in the due course of the lawsuit.”

Carter said, “The complaint speaks for itself.”

Denoyer has been a respected figure in the industry for 50 years and also owns Orsay.

The lawsuit was first reported in the Palm Beach Post.

Tags: being, by, Goulue, LA, owner, sued
You may also like
Recent Posts