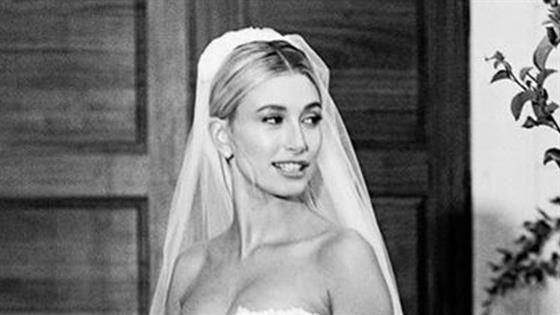 Justin Bieber and Hailey Bieber‘s marriage was something few could predict—including Kendall Jenner.

When the now-married pair got engaged in July 2018, just weeks after rekindling their years-long on-and-off romance, the move took many by surprise. After all, he and ex Selena Gomez had seemingly called it quits again only a few months earlier. Making matters even more unpredictable, the couple really surprised fans when they headed into a New York City courthouse two months after getting engaged and tied the knot.

In fact, the whirlwind engagement even made Hailey do a double check. “I remember calling my parents when we decided to get married and I said, ‘This is the time I need you to stop me from doing something crazy if you think this is a bad idea,'” she recalled in his Seasons YouTube docuseries. “Because, in my heart, I knew that that’s what I wanted to do.”

Now, as revealed in a recent Instagram Live with the Mr. and Mrs., gal pal Kendall Jenner equally wanted the relationship for her famous friends, but didn’t necessarily know it would come true.

When Justin asked the supermodel, “Did you see this coming?” she answered, “Honestly, no I was super like—I didn’t know…I think I hoped.”

“Obviously, Hails is my lady and my best friend and, like, I wanted it to so bad for both of you,” she said. “Obviously, her and I have connected through it as well.”

The catwalk pro added, “It just makes me really happy.”

Well, Jenner’s hopes clearly came true. After tying the knot in 2018, the couple is approaching their second wedding anniversary this September.