Home
Lifestyle
Joel McHale gets ballsy with his latest joke

Joel McHale and wife turned to Dr. Drew after miscarriage

Joel McHale discovered he was dyslexic after son’s diagnosis

Joel McHale has the cojones to talk about his.

The comedian recently joked with Page Six about his testicles, crowing that his are significantly different in size.

“My left one is gigantic,” the 49-year-old said. “My right one I can’t even find. It only comes out when the weather changes, it’s very weird. It’s like an achy joint.”

When we noted that this could make walking difficult, he joked, “Yeah, I’ve had my hip replaced three times.”

The latest role for McHale — who has been married for over 20 years to Sarah Williams — is starring in the flick “Happily” as a man who still can’t keep his hands off his wife after 14 years.

He says the sex scenes were not sexy to shoot.

“It’s like stunt work,” he explained. “There’s 20 people looking at you and you’re in a scene as well as being physically in contact. For me there’s a lot going on at once. And you want these scenes to be convincing.” 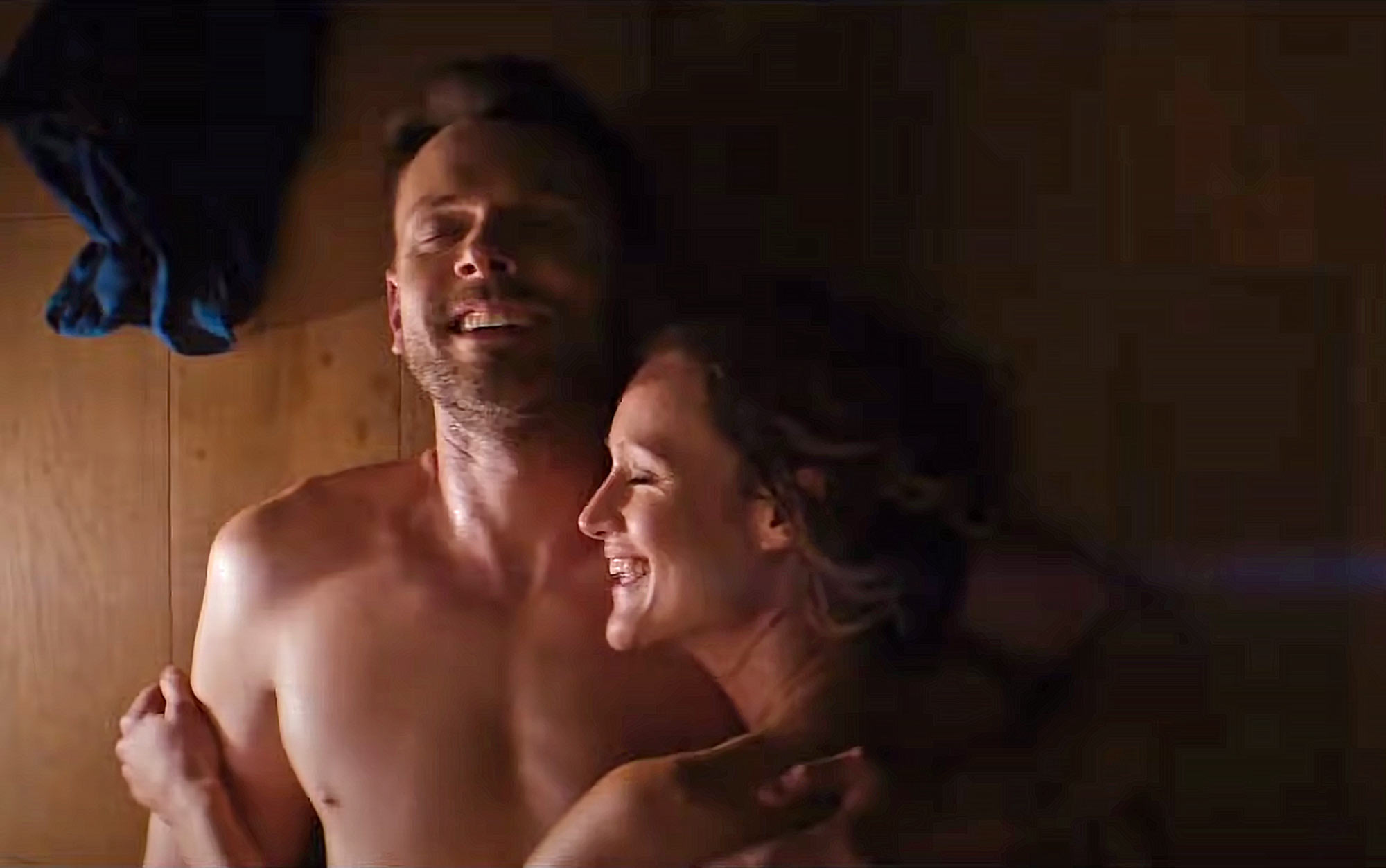 McHale says he didn’t need to get in shape for the shirtless acting because he’s been working out “all my life. I live at a level of insecurity pretty high all the time so exercise is one way to alleviate it by a couple of percentage points.”

“I’m addicted to it,” he continued. “I listen to books because I’m so dyslexic and I put a book on and get lost for an hour. It’s great.”

He says that growing up he was never diagnosed with dyslexia but was told he was a “slow starter” and credits his gig on E’s “The Soup” from 2004 to 2015 for helping him progress.

“When we started (“The Soup”) it would take me four hours to get through 22 minutes of jokes. E! was a wonderful babysitter while I learned to read,” he said.

“I really believe dyslexia helped to drive me to be an actor,” McHale added. “It was more, ‘You’ve got to see the world in a different way,’ and I think that’s one of the reasons performing appealed so much to me. All my other friends were getting law degrees and I was like f–k that. I literally couldn’t do that.”

Tags: Ballsy, gets, H, Joel, McHale, with
You may also like
Recent Posts