If you follow Jason Ralph or Trevor Einhorn on Instagram, you might notice a common refrain between the two “The Magicians” costars. “Looks like a great time,” Ralph commented on Einhorn’s post of a backgammon game, as well as on a post revealing the pair’s new Off-Broadway play, “The Great Filter,” debuting Thursday. Einhorn echoed the same sentiment on the majority of Ralph’s recent posts, with Ralph’s wife Rachel Brosnahan chiming in on a promo shot for the production: “Looks like a great filter.”

“The Great Filter” marks a continued collaboration between the two friends and their wide creative network, as well as a return to live theater in New York. Brosnahan’s Scrap Paper Pictures produced the new play, which was written and directed by Frank Winters. Four live performances will be staged Thursday through Saturday at The Wild Project in downtown New York, followed by a virtual presentation available to rent for a month starting July 29.

“The Cultural Solidarity Fund has really given us this platform and this opportunity to make art, and also put money in the hands of artists who need it so badly right now,” adds Ralph.

The affable pair turned to their network of industry friends, many of whom were out of work due to the pandemic. They reached out to Winters, who was a founding member of the Strangemen Theatre Company with Ralph, about writing a new two-man play for them to perform. 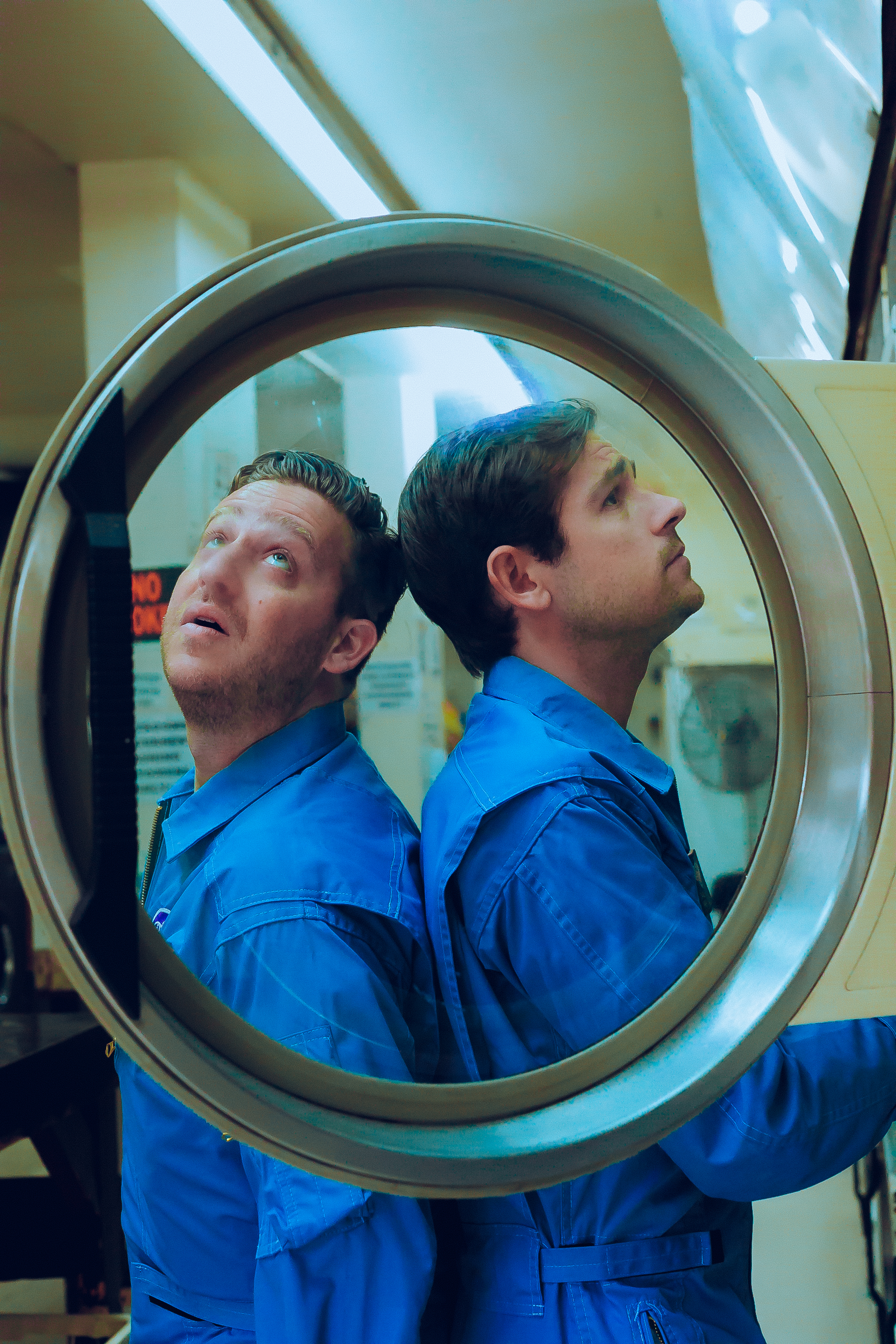 Trevor Einhorn and Jason Ralph in “The Great Filter.” Courtesy of Emma Mead

“The Great Filter” is billed as “a play for two astronauts,” an existential thriller in one act that is “an exploration of everything that could possibly go wrong on the way to a bright new something — and why it’s probably a good idea to try getting there anyway.” Ralph was inspired by a documentary he’d watched about the Apollo 11 flight and the experience of the astronauts on board returning to Earth.

“They’ve done this absolutely extraordinary thing, and you expect them to have this big movie moment where they’re walking down the runway and everyone’s applauding them,” says Ralph. “And instead of that, they’re taken out of the tin can they’ve been in for days and then shoved in another tin can. And these guys are stuck in between worlds; they finished what they were supposed to do, and they’re home, but they’re not — and I want to know what happens in the backroom; let’s do a play about that moment. That was our jumping off point.”

Luna Replicas, a company that creates accurate replicas of Apollo 11 gear, including NASA jumpsuits, donated all the costumes for the production.

Ralph and Einhorn founded their lifestyle company Looks Like a Fun Time (hence all of the social media commentary) last year mid-pandemic, after “The Magicians” wrapped up its fifth and final season. In addition to producing “The Great Filter,” their company has released limited “drops” of apparel like hats and T-shirts embroidered with their slogan. (“Looks like a great commercial,” Brosnahan commented on a recent video announcing a merch release.)

“It started as sort of a joke and has turned into something that we are quite proud of,” says Ralph of their catch-all company. “It’s become this home for the collaboration of Trevor and I, whether that be t-shirts or hats or producing a play or creating pilots or movies.”

“We got excited about the potential of doing something, sort of the same way that people got excited about making bread during the pandemic,” says Einhorn. “These are things that we’re passionate about, and we’re very lucky to have a very strong fan base from the show that we came from, ‘The Magicians.’ It seems now they’re willing to follow us with all of our interests,” he adds. “We’ve been excited to just keep exploring. So from a play to a hat to potentially a bottle of wine: it looks like a great time.” 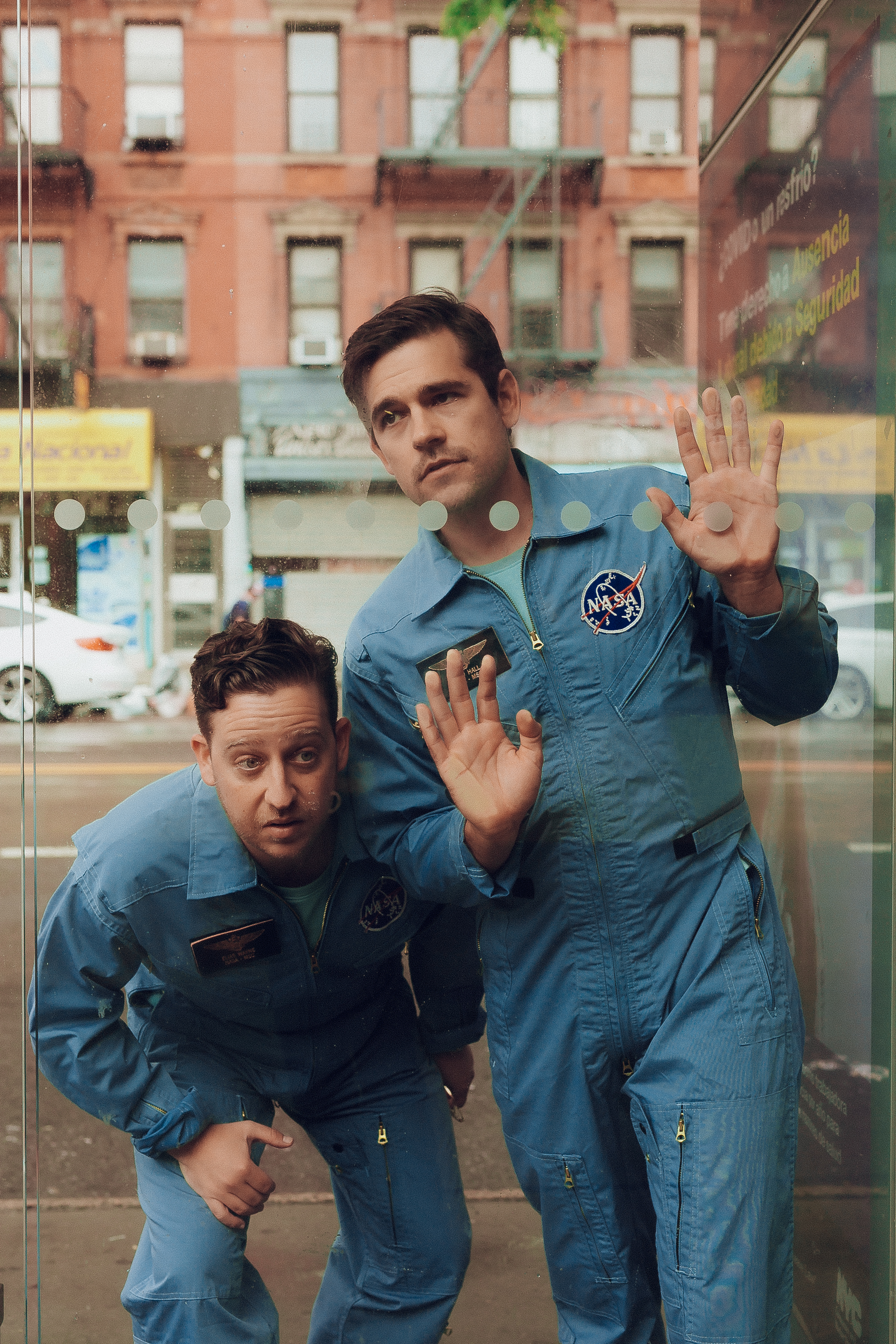 Trevor Einhorn and Jason Ralph in “The Great Filter.” Courtesy of Emma Mead

MORE FROM THE EYE:

Tags: Eye Interview
You may also like
Recent Posts