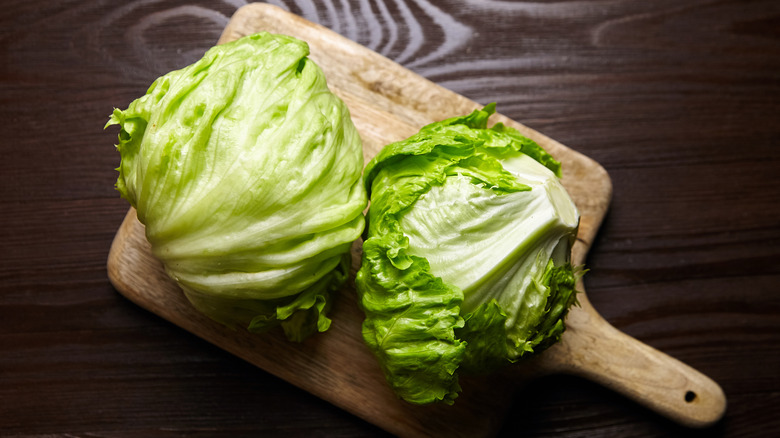 Supposedly because it’s the base for salads and so many healthy recipes, lettuce gets discussed a lot, and not always in the most positive light. It has its interesting talking points, such as TikTok users saying lettuce water can help you sleep, but the real struggle comes when it’s time to discuss different varieties of leafy greens.

Some people say that iceberg lettuce isn’t healthy for you. They don’t say this because it’s full of fat or sugar, but rather because they say it’s not full of vitamins, minerals, and other good-for-you things. In fact, some even say that you’re simply making your salad completely wrong if you use iceberg lettuce as its base.

According to Everyday Health, some of the best lettuces to use for salads include kale, spinach, dandelion greens, endive, and Swiss chard. These lettuces are all rich in vitamins and minerals, meaning you’ll get a metabolic bang for your buck when you eat them. Suspiciously left off of the list, though, is iceberg lettuce, and we’re going to find out why.

Should you always be opting for kale and spinach instead of iceberg? 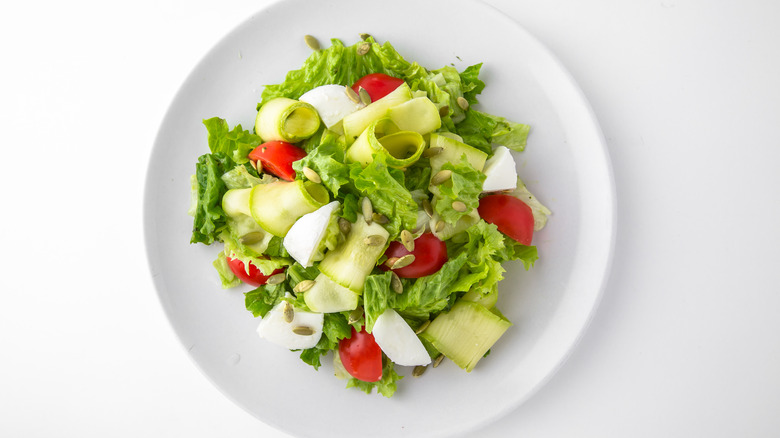 Iceberg lettuce is one of the most hated greens, so we’ve got to get to the bottom of its nutritional values to determine if it’s actually less healthy than other greens or not. It’s a unique lettuce because of its rich crunch when you eat it. Plus, like the human body, it’s mostly composed of water (via Healthline), meaning it can’t be bad for you, right?

Iceberg lettuce is light in color, and examining the color of lettuces is actually the trick to recognizing the denseness of their nutrients. According to EatingWell, dark lettuces, like romaine and arugula, have higher amounts of nutrients in them than iceberg lettuce, but the latter still has its fair share of goodness. In a one cup serving of iceberg lettuce, you receive 10 milligrams of calcium, 80 milligrams of potassium, 1 gram of fiber, and 286 international units of vitamin A. Plus, you only get nine calories, zero grams of fat, and two grams of carbohydrates from this serving size.

Fiber and potassium alone are excellent reasons to eat iceberg lettuce, and the fact that it’s low in fat, sodium, and carbs makes it a healthy addition to any meal you’re making. Just make sure you purchase heads of iceberg lettuce that don’t have loose leaves, and always use iceberg within a few days of purchasing it for optimal crunch, flavor, and nutrient yield (via Healthline).

What’s the ultimate conclusion, though? Well, it’s not as dense as other greens, but iceberg lettuce is good for you — and you’re not committing some unspoken sin by eating it instead of kale.

Tags: Iceberg, is, less, Lettuce, really
You may also like
Recent Posts