Emmerdale star Kelvin Fletcher and his wife Liz Marsland have announced the heartwarming news that they are expecting twins.

The Strictly Come Dancing 2019 winner Kelvin, 38, shared the happy news as they appeared on BBC Breakfast together on Monday 17 January.

But what do we know about their family life? Let's take a look…

Who is Kelvin Fletcher’s wife?

Elizabeth Marsland is both a fashion buyer and a talented actress who starred in 2016 BBC drama, In the Club.

She also does voiceover adverts and has a Soundcloud account where she uploads covers of musical theatre songs. .

She goes by the name Eliza or as her Instagram bio says: “Aka – Elizabeth, Liz, Liza, Eliza, Marzy, Marz, Littlepintsize, Fritz………my favourite one being 'Mum’”

How did Kelvin Fletcher and Liz Marsland meet and marry?

Kelvin met his actress wife when they were children. In fact the couple shared their first kiss when Eliza was only eight years old.

They grew up just streets apart in Royton, Lancashire, but they only got together two years after she has finished university.

Despite this, Kelvin has said he knew she was the one when he met first met her and that she completed him. The childhood sweethearts tied the knot in 2015, after Kelvin proposed on the beach during a romantic trip to Wales.

They wed in a lavish ceremony, reportedly costing £55,000, at London’s One Mayfair, a year to the day he had proposed.

Lots of celebrity guests were in attendance including Mark Wright and Michelle Keegan, as well as several Emmerdale stars and rugby league players.

After the ceremony St Helens’ rugby legend Paul Sculthorpe tweeted: “Thanks to @kelvin_fletcher and the stunning Liz for a great time at their wedding…punching above ur weight there laaad!!” 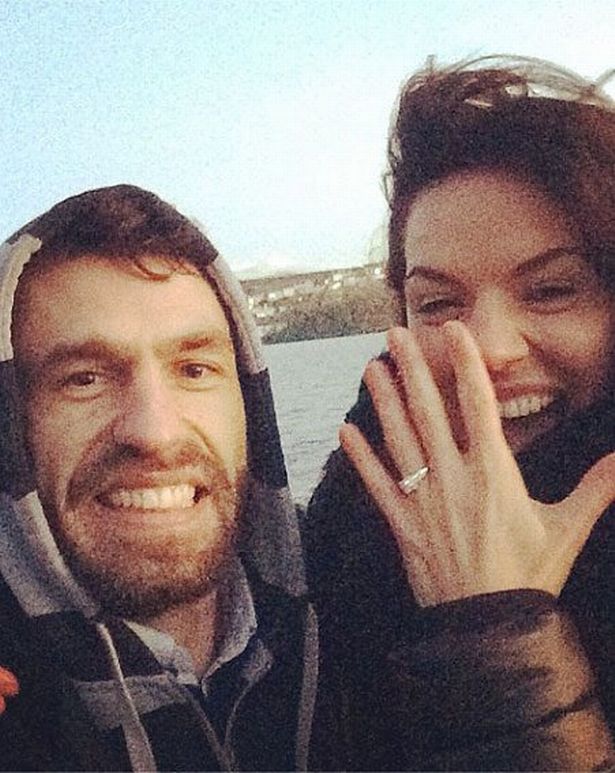 And England international George Burgess – who flew in from Australia with his girlfriend Joanna Maquelle King to be at the ceremony – wrote: “What a great few days seeing me great friends @kelvin_fletcher + @littlepintsize tie the knot”.

After the wedding they jetted to Rome for a honeymoon, but it turned out to be a special night in more ways than one…

Who are Kelvin Fletcher and Liz Marsland’s children?

Speaking exclusively to OK! about their pregnancy with Marnie, Kelvin said: ‘We’re pretty sure Liz fell pregnant on our wedding night. We then flew to Rome for three nights. Little did we know, there were three of us on our honeymoon!

“The day I found out Liz was pregnant and our wedding day were the most amazing days of my life. I’ve always wanted to have children and become a father, without question. I’ve been more certain of that than anything, even more certain than wanting to become an actor.”

On the 25 August 2016 their first child Marnie was born, after a dramatic labour where Eliza needed a blood transfusion. Speaking to OK! after the birth, Kelvin said: "I never imagined I could be so obsessed with a little person. I knew I'd be hands-on, but fatherhood is incredible."

In December 2018 Eliza then gave birth to their son, Milo, announcing the news to her Instagram with a picture of her cradling the newborn which she captioned: "This little one has finally arrived to join the family and our hearts are filled with so much love he is everything #thankyoumidwife."

The Strictly star previously admitted that he has been broody since 17 and wants a big family with Liz. “I want five children,” he said. “I do want a huge family, but ultimately, whatever will be, will be.”