On the day that Jesse Petrie, her partner of several years, told her she was transitioning to a woman, Emma Batchelor’s life changed forever. She hadn’t seen the bombshell coming and it plunged her into depression, doubts about her sexuality, and thoughts of suicide.

It also provided her with material for her first novel, which has won this year’s Vogel award for an unpublished manuscript by a writer under 35. The prize has previously launched the careers of many Australian writers including Kate Grenville, Tim Winton and Andrew McGahan. 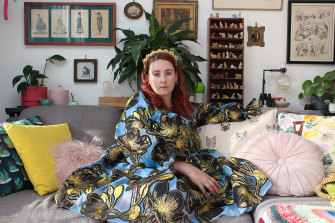 Now That I See You is “autofiction” and cleaves closely to Batchelor’s own experience: it is the story of a relationship in which one partner becomes a woman. The Canberra-based Batchelor says as she is the writer of the book, one of the people on which it is based, and a central character in it, she feels “everything is intertwined”.

The couple did a lot of talking about their new situation. “I had to think a lot about what it meant for my sexuality and I certainly had a lot of fear and uncertainty at first because I hadn’t been attracted to women before and wasn’t sure if I would be able to feel that way still and whether our romantic relationship could continue.”

It didn’t and they separated. It was a dark time for both and “we just spiralled out of control”.

Batchelor had only recently begun writing stories and had started the manuscript of what was intended to be her first novel. But reading Sally Rooney’s acclaimed Normal People during her gloomiest period put her onto a different track. The experiences of the male character, Connell, resonated strongly with her and she decided she wanted to be able to make readers feel the same way with her own words. 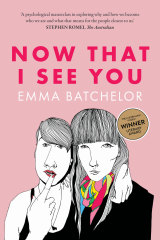 “I found out about the Vogel and jumped headlong in. I can be very reckless and do things without thinking. I had been writing a different story and then everything happened with Jesse and she left and I couldn’t do it anymore. Then I started writing this story. The first few drafts were for me. It wasn’t until half way through the process that I started to feel that I had something and I needed to think about what that would look like, feel like for an external reader.”

Perhaps the most famous recent example of autofiction is the six acclaimed novels by the Norwegian writer Karl Ove Knausgaard. Batchelor says her book is more true than not, and she tinkered only with a few things about her job at the Australasian Centre for Corporate Responsibility and the way some people are portrayed.

“I thought about truth, how important it was, what I could blur, what I felt comfortable with sharing and I ultimately decided to go all in and deal with the consequences later,” she said, aware that any consequences could begin on publication next week.

“Because gender identity, transgender identity are so politicised I felt a responsibility to be truthful to that and not to blur any of that. Also I think I wanted to be as accurate as I could in describing my depression and my suicidal ideation.”

She decided early on that she wouldn’t write from Petrie’s point of view. Partly that was because they were no longer in contact and she didn’t know if they would meet again.

“Also I really liked that the reader had to fill in the blanks a little bit. I was fine with that. I just didn’t want to speak for her or speak for her experiences as a transgender woman because as a cisgender woman that’s not my place.”

But they did meet again, after she had submitted the manuscript for the Vogel: “We ran into each other completely by chance and we’ve been slowly and carefully coming back together, figuring out what it means to be together romantically as two women.”

And when that happened, of course, Batchelor had to tell Petrie about Now That I See You.

“She asked to read it and she’s very proud and she’s very happy for me in terms of what’s happened and what’s come from it. There’s nothing of surprise to her in there because we lived it, but she did appreciate the care I had taken in how I described her and how I didn’t include all of her scenes.”

So in real life Emma Batchelor and Jesse Petrie’s story has a happy ending. But what about the book? That would be telling.

A weekly read for book lovers from Jason Steger. Sign up now.

Tags: and, Emma, Fiction, How, truth, won
You may also like
Recent Posts