Big shoes to fill. Tayshia Adams and Kaitlyn Bristowe “were brought in at the last minute” to take over as cohosts for season 17 of The Bachelorette, a source tells Us Weekly exclusively, and the transition has proven to be a bit of a challenge.

Former ‘Bachelor’ and ‘Bachelorette’ Leads: Where Are They Now?

ABC announced in March that the “Clickbait” podcast host, 30, and the Dancing With the Stars champ, 35, were stepping in for Chris Harrison ahead of Katie Thurston‘s upcoming Bachelorette run after the Texas native, 49, took a temporary leave of absence amid controversy. While both women previously appeared as both contestants and leads in the franchise, their new gig came with a learning curve. 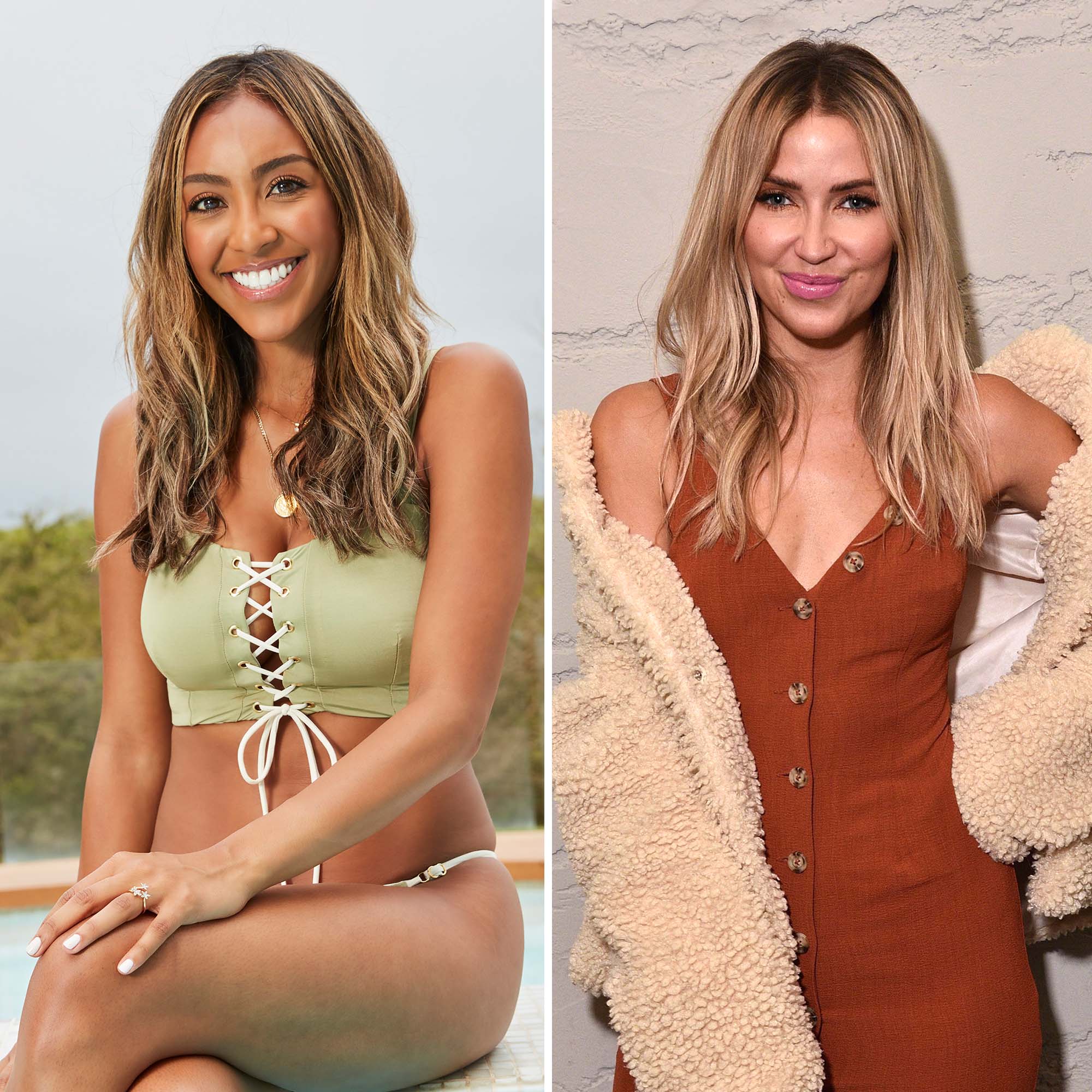 “Tayshia and Kaitlyn have had to learn how to cohost and it’s taken time,” a second source says. “They’re lovely to work with and they get along with the crew. It’s just completely different with them cohosting.”

The insider notes that the team behind the scenes “was told very specifically” that the former Bachelorettes were “not replacing Chris.” Before facing backlash earlier this year for his comments regarding season 25 Bachelor contestant Rachael Kirkconnell‘s past racially insensitive social media activity, Harrison served as host on all Bachelor Nation shows for nearly 20 years.

“[They’re] just helping out this season,” the second source adds. “This is not their permanent position.”

Unlike the veteran host, the former phlebotomist and the Canada native “have to do a lot of retakes” on set. “It’s a lot of memorizing lines,” the insider continues. “They didn’t have years of experience before hopping on. Scenes that could be done in one take with Chris can now take, like, two hours.”

Though there may have been hiccups along the way, Adams and Bristowe are still giving it their all. “They act professional, they’re on time and are helping the franchise as much as they can in this funky situation,” the first source says. 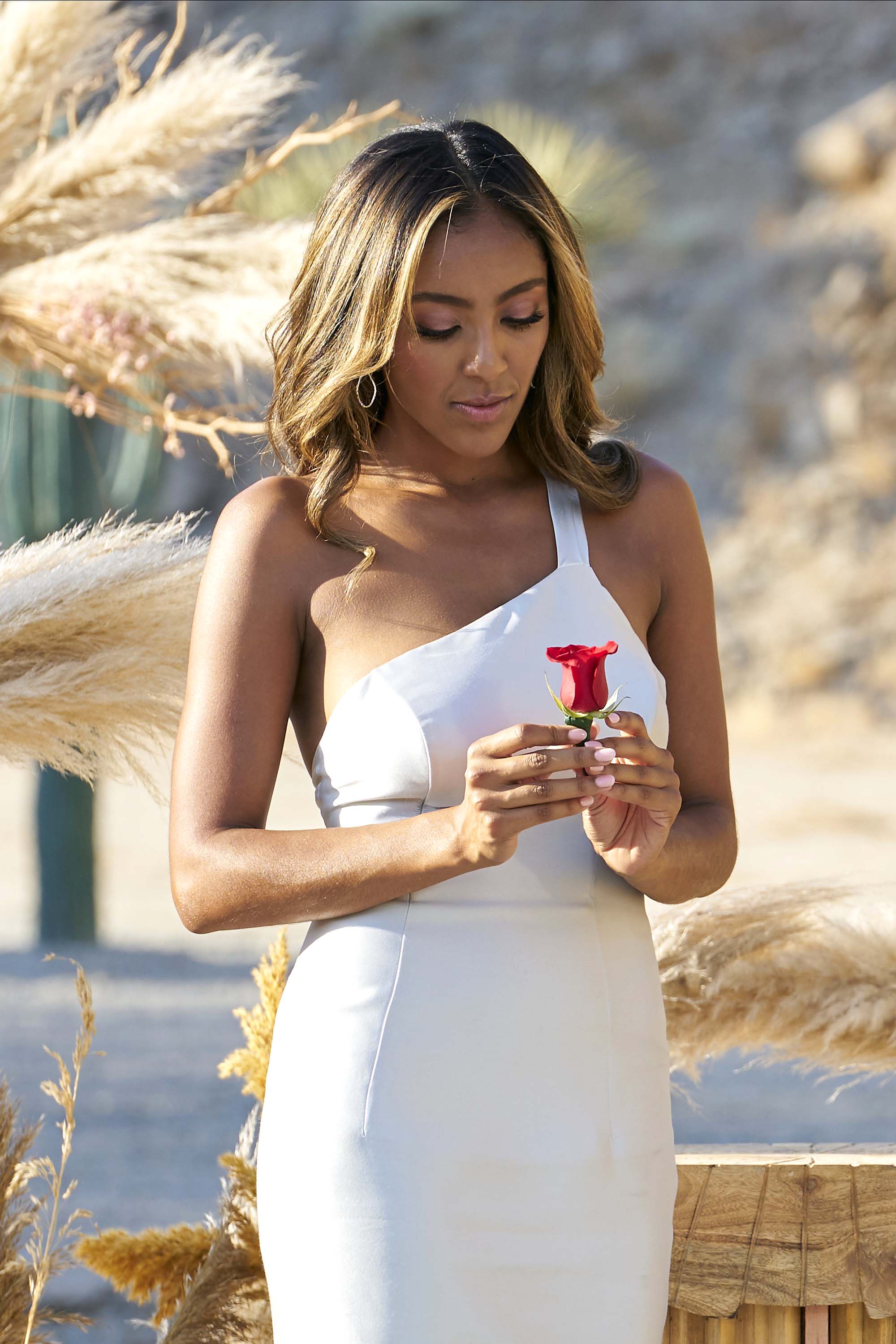 The women’s presence on the upcoming season wasn’t just an adjustment for their colleagues — fans were also shocked by the decision to bring them in. Bristowe clapped back at critics following the network’s March announcement, while Adams said in an Instagram Story that month that Harrison “was so kind and congratulated” her on the new role.

“[That] meant the absolute world,” the season 16 Bachelorette said at the time.

Shortly before it was confirmed that he wouldn’t be taking part in Thurston’s search for love, Harrison addressed the controversy in an interview with Good Morning America. “I’m an imperfect man,” he claimed. “I made a mistake and I own that.”

Weeks later, a source close to the Perfect Letter author confirmed to Us that high-profile Los Angeles lawyer Bryan J. Freedman was hired to represent the ousted host. The Freedman & Taitelman attorney previously represented Gabrielle Union after she was let go from America’s Got Talent after one season.

Tags: ADAMS:, and, How, Kaitlyn, Tayshia
You may also like
Recent Posts