Home
Lifestyle
Hot Milk: We cant get behind something we dont believe in 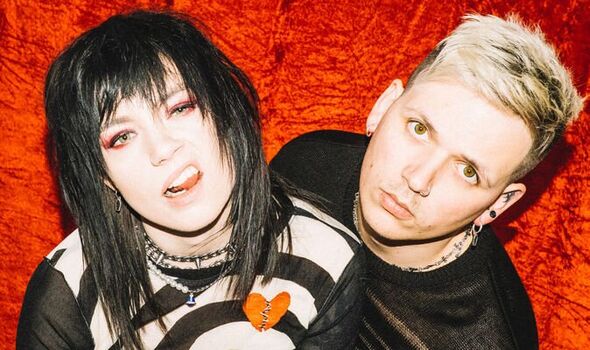 Hot Milk duo Jim Shaw and Han Mee connected to our Zoom interview with a rough internet connection that simply wasn’t going to work. Chatting from America while on the tour, the spotty image and constantly slipping audio quality made the chat impossible.

But Hot Milk do not give up. As soon as the call failed they started executing their contingency plans. They inexplicably make it work.

Within these five minutes of chatting through the issue with Jim and Han, it became clear what kind of people they really were. Their mantra in everything is to do it themselves. Make things happen. And it is this work ethic that has given them the edge in the industry – and that has been proven in their new five-star EP “The King and Queen of Gasoline”.

The new six-track EP is their third thus far, and is easily their best to date – but also their most emotionally gruelling, Han told Express.co.uk.

“I feel a personal relationship with every single song we write,” Han said. “And they’ve been just ours for a bit. And now, to put them in a place where people are going to say bad things about them… it’s quite revealing and I’m quite scared. But I’m excited!”

Both members of Hot Milk have always been extremely open with their experiences as well as their issues and opinions. But it’s surprising that, even now, after touring America and playing on Jimmy Kimmel Live! they still have reservations about their content.

But these moments pass because they care so painfully much. And they get back to working on Hot Milk music – all of which they do themselves. And not in a cliched way where the artist is in the room next door to the music producer, no. Jim and Han write and record 99 percent of their music from the ground up. 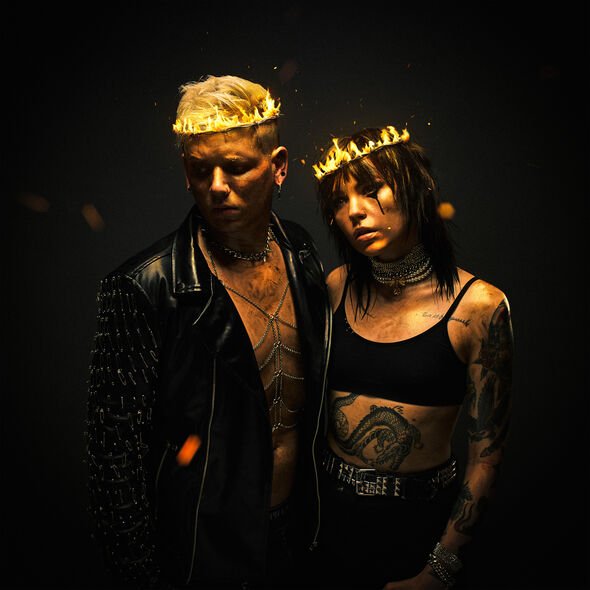 “There’s no producer because it’s James,” Han said, with an edge of pride.

Jim jumped in: “Yeah, we’ve always done it in our bedroom – that’s the common denominator – we’re so heavily involved in what happens [with Hot Milk]. And not just the creation of media, but who we tour with… everything has to come from us.”

The dynamic duo are so protective of their image that Han won’t even give the band’s social media passwords to their label (“They’re not allowed them!”). “Ultimately, we won’t do anything we don’t want to do,” she explained. And that includes having their music changed in the production process after all the music has been laid down.

Han said: “We do do co-writing sessions sometimes to keep things fresh… but producers can tell we’re not just people who want songs written for them … we worked with [one producer] once who said: ‘This is your song!’ And we said: ‘No it isn’t!'”

It’s blatant that Hot Milk are perfectionists (“There are still things I would change in the mixes to this day”) but their passion to get the music 100 percent right may come from the fact they have so much to say.

For example, The Secret to Saying Goodbye rehashed their emotional turmoil when their romantic relationship came to an end.

Meanwhile, Teenage Runaways seems pointed at one person in particular. Most notably, it includes the cutting line: “Kill my idols ’cause all they do is lie.” While Hot Milk confirmed this was written with one person in mind, they wouldn’t tell me who exactly.

Jim said: “I think, looking back respectively at the track, Teenage Runaways is almost running away from your naivety of your youth, and realising, oh. These people you put on a pedestal can make mistakes too.” It’s the realisation [that] maybe everyone has got a demon in them.”

Hot Milk as people are willing to criticise themselves, their idols, and their own music. Nothing is off-limits. And it is, perhaps, these deeper thoughts between Jim and Han that stop them from writing music outside of their own circles.

“There’s definitely artists in this industry that have songs written for them,” Jim said diplomatically. “And that’s fine, whatever.” (“I don’t,” Han cut in. “I’m a purist!”) “I don’t wanna play someone else’s songs,” Jim chuckled back in. “I want to play our songs.”

After a beat, he added: “I can’t get behind something I don’t believe in.”

Going forward, Hot Milk are aiming to do more of the same: release authentic music they actually care about. After three EPs, it is finally time to settle down and write a full-length album.

Previously, they “banned” the “A-word” while talking to their label. But now, they feel ready. “You only get one [album],” Han opined. “And we needed three EPs to explore ourselves a little bit. But yeah… the album will be next. We’ll be writing it … in two and a half weeks.”

Although Jim described the upcoming process as “terrifying and exciting”, they’re both looking forward to taking the next step in their career.

Hot Milk – The King and Queen of Gasoline is out now.