Helen Glover is talking about the gift her children want her to bring home from Tokyo — and it does not come in gold, silver or bronze.

‘I definitely know that dinosaurs still come above medals,’ laughs the double Olympic champion. ‘When I went to the European Championships in Italy in April, I asked Logan what he wanted me to bring him back as a present and he said a pterodactyl.

‘I got back and he saw my gold medal and he was amazed by it and put it on… then I got out this pterodactyl and he couldn’t have thrown the medal off quicker!’ 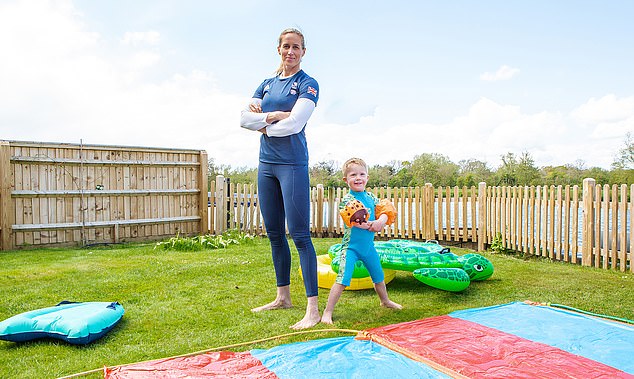 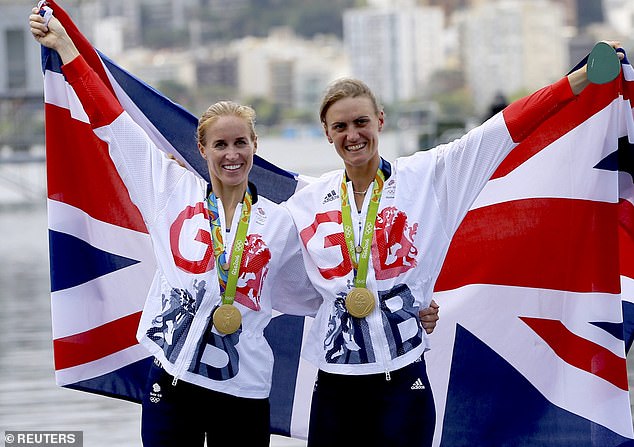 Which is not to say that Logan — who turns three on Saturday when Glover competes in her heats in the women’s pair — does not understand the importance of the Olympics. In fact, it has become a buzzword of his as he has watched his mum row in the living room or lift weights in the kitchen for the past 16 months.

‘He often asks me if I’ve done the Olympics yet,’ Glover, 35, tells Sportsmail. ‘Or if we are playing races together and he wins, he is like, “I won Olympic gold”.

‘I remember one occasion I was trying to explain to him that I’ve got to train because I want to get good to go to the Olympics. I came back from training the next day and he said, “Are you good yet? Can you go to the Olympics?”

‘I don’t think a two-year-old has ever seen so much of an Olympic training programme because I’ve done every weights and ergo session at home. He now cheers me on when he sees me training. Normally he goes, “Mummy, you can do it”.’

And Mummy has done it, against all the odds as a parent of three children under the age of three — Logan and twins Kit and Bo, a boy and girl, who were born in January last year. 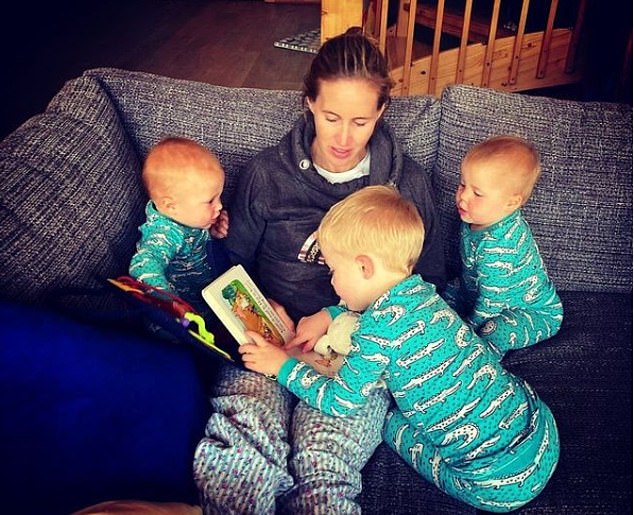 Glover has three children under three – Logan and twins Kit and Bo, who were born in January 2020

It is what makes Glover’s selection for Tokyo one of the best British stories of these Games, regardless of how well she does on the Sea Forest Waterway in the next few days.

The Cornish rower took time out from the sport to start a family after winning her second Olympic gold with Heather Stanning at Rio 2016.

She expected to be watching the 2020 Games on the sofa at home, cuddling her kids alongside TV presenter husband Steve Backshall. But then the world changed — and so did Glover’s. ‘It feels like a lockdown project that has got out of hand,’ she says, smiling. ‘I remember the moment that I was sat on the rowing machine during the twins’ nap and I had just found out the Olympics were being moved.

‘I started daydreaming about going to the Olympics with a year’s worth of training and I laughed at myself. That happened a few times, but it was still just this crazy fantasy. The first moment of reality was saying it to Steve about a month later.

‘The moment I said it, I realised it sounded ridiculous. I had three children under two, the twins were about 11 weeks old, we were in a global pandemic, all Steve’s work had gone out of the window, I’d had four years off. Just one thing on that list would normally be enough to stop a comeback.’

And yet nothing could stop Glover. After ‘loose conversations’ with British Rowing last summer, she started training again with the team in December, then announced her comeback in January.

By April, she was winning the Europeans with new partner Polly Swann and last month she was named in the team for Tokyo, where she will become the first mother to row for Great Britain at an Olympics.

It is an achievement she ranks as the greatest of her career. 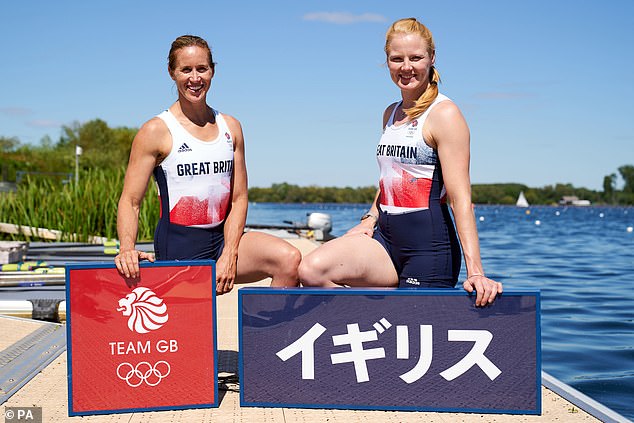 ‘It’s going to be one of the proudest things in my life,’ says Glover, who is the subject of a BBC documentary tonight called The Mother of All Comebacks.

‘But I have been really touched by the number of people who have told me how they felt after having children and what my comeback means to them. The support has just blown my mind.

‘When I started out it was for the children and to make them proud, and then it became something so much bigger.

‘At the Europeans, a woman told me that a French rower had just left and had a baby and she is now talking about a comeback. Even if no one else does it because no one else wants to, just knowing the option is there is a statement in itself.’

Imagine, then, what statement a medal would make. At last month’s team announcement, Glover’s crew-mate Swann, who worked during the pandemic as a junior doctor, made clear their target was gold.

Glover, however, is keen to keep a lid on expectations, even though she is unbeaten in international racing since 2012.

‘I wouldn’t say it’s all in for gold, but it’s all in for being the best we can be,’ she insists. ‘The selection was a full stop on the story of my return and the start of my story of heading to Tokyo as an athlete, mother or not. Me in training now is definitely a version of me I recognised from before.

‘Equally there has to be a realism of the fact that we haven’t raced the majority of the crews, we haven’t actually competed against a full field and I haven’t done that in five years. 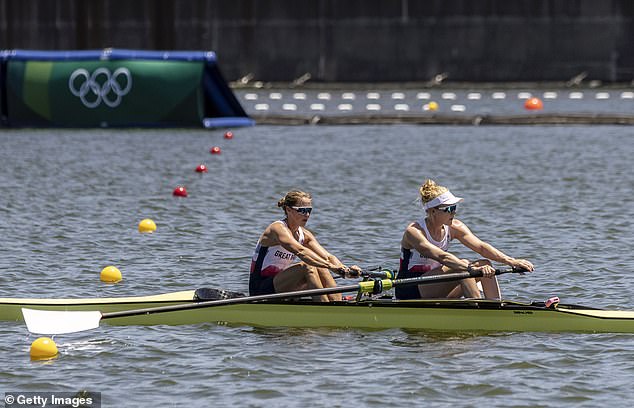 ‘I feel like the pressure is off externally. But internally there is always going to be pressure to make sure we get the best result we can. We are two ambitious and competitive people. We are going to be the very best athletes we can be and I am really, really excited to see what that brings us.’

As for the future, Glover hints that Tokyo will definitely be the end — but the twinkle in her eye tells a different tale.

‘Physically, with three years to the next Olympics, there is always this annoying athlete voice inside you that’s saying you can do it,’ she adds. ‘There clearly was this time and it has worked out.

‘But there is also a big part of me that thinks this journey worked so well because it was one year. I can deal with a year.

‘When I think about the next three years, there are things I want to do with my children that I haven’t been able to do this year and that is what really excites me.’

Whatever her words may suggest, we have learnt by now not to rule anything out where this supermum is concerned.

Yoplait Kids is the official yoghurt of Team GB. Its Moments of Gold campaign aims to motivate the next generation of athletes.

Tags: 2020, Glover&apos;s, Helen, Tokyo
You may also like
Recent Posts