The Bachelorette star, who is currently spending time in Florida with Tyler Cameron and his pals, shared a hilarious post on Instagram on Wednesday evening from her game night. From the photo, posted to her Instagram Story, you can see that Hannah had to fill in the sentence, “During sex, I like to think about…”

In response, Hannah played a card that reads, “The Bachelorette season finale.”

For those who might’ve missed Hannah’s Bachelorette season last year, in the season finale, the Alabama native chose contestant Jed Wyatt over runner-up Tyler. But, after getting engaged to Jed, Hannah would later call it off over a rumored relationship he was in prior to coming on the show. So, as you can imagine, Hannah really doesn’t want to think about that season finale.

As she wrote in her Instagram Story caption, “Yeah, nope.”

The reality star has since reconnected with Tyler, and the celebs have been fueling romance rumors in recent weeks as they spend time together in his hometown.

As for where Hannah and Tyler’s relationship currently stands, a source recently told E! News, “There is definite chemistry between Hannah and Tyler, but they are not dating.

“They both have expressed they are not in a position to date right now but do care about each other,” the insider added. “They have both been through a lot recently and are supporting each other through it.” 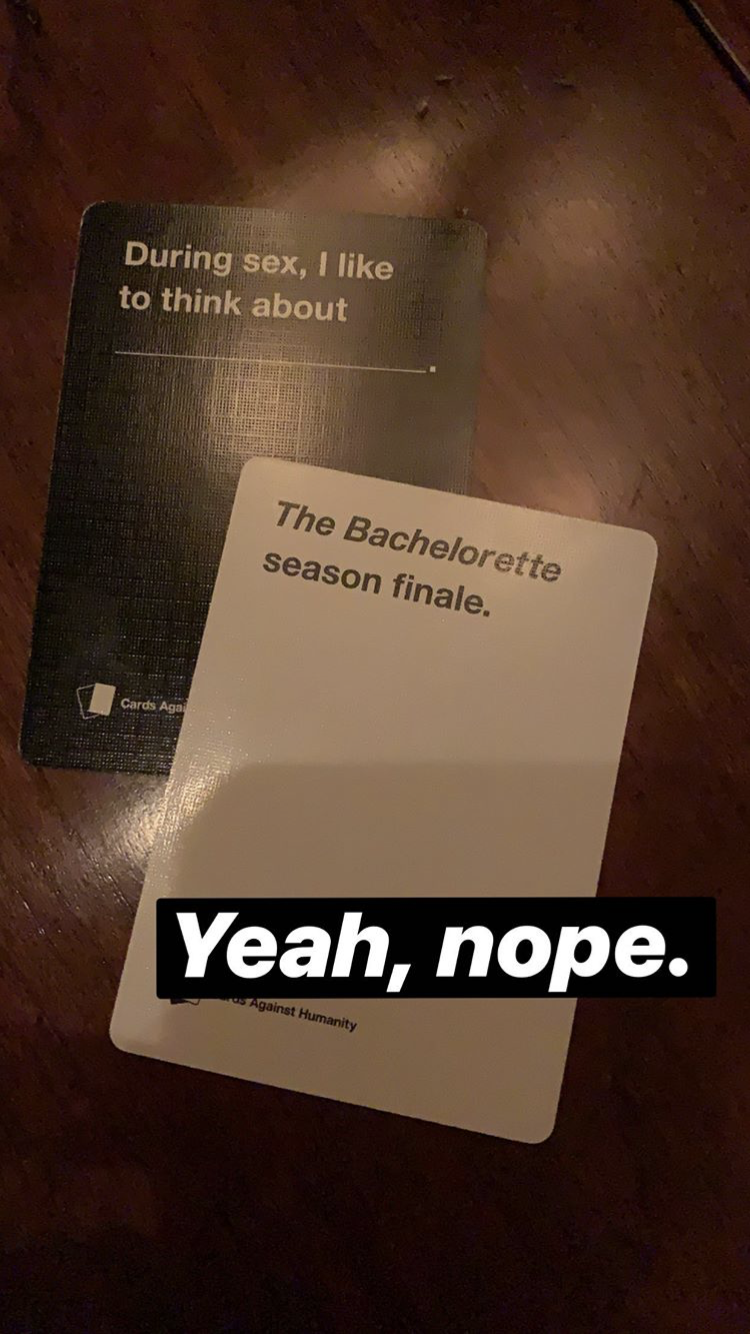 Hannah has been there to support Tyler in the last month, especially after the sudden death of his mom, Andrea Cameron.

“Tyler has definitely been leaning on Hannah and it feels very comforting to have her around,” the source expressed. “Hannah gets along with Tyler’s family and friends and everyone loves her.”

Since arriving in Florida, Tyler and Hannah have been posting a number of videos together, adding more romance speculation. However, the duo has yet to officially speak out about their relationship status.