Great Britain were trailing throughout the final, usurping Italy in the final rotation.

Morgan said after the presentation: “Absolutely incredible, we’re all quite speechless, we’ve made history and got a medal.”

With Kinsella adding: “Qualification didn’t go so well, so I just came here to smash my routine and enjoy it.”

And Jessica Gadirova paid tribute to her team: “I never thought it was possible, but it happened, we each played a massive part and we did it!”

The Russian Olympic Committee (169.528) won gold to deny Team USA (166.096) and American Simone Biles, who had hoped to add the first of what could have been six gold medals at the Games. 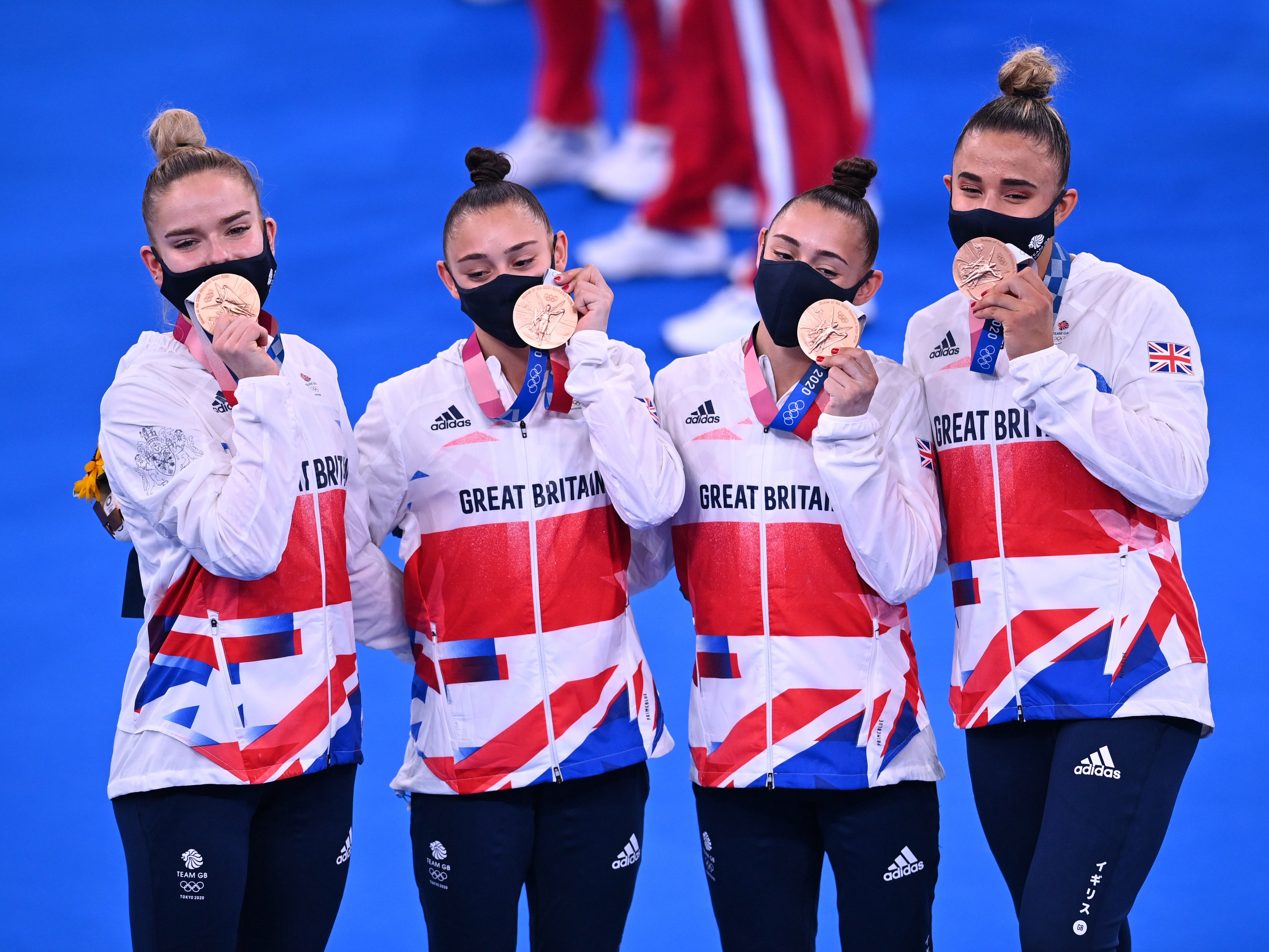 Biles dropped out of the women‘s team event after one vault because of what USA Gymnastics described as a “medical issue” but will still receive a silver medal.

It is the first gold for the Russian team since the Unified Team triumphed in Barcelona in 1992 and came a day after the ROC men’s team edged Japan for the top spot in the men’s final.