Coronavirus lockdown measures will lead to the largest drop in global carbon emissions in history – but the rebound could be worse than before lockdown.

The International Energy Agency (IEA) has published a series of predictions for energy use and emissions as a result of the deadly pandemic.

Authors found that there would be a year-on-year reduction of around 2.6 billion tonnes of carbon dioxide from energy use over the course of the year.

The projected drop in emissions will be six times the fall seen in 2009 after the financial crisis, and twice as large as all previous drops since WW2 combined.

The IEA warned that unless governments invest in renewable technology as part of the recovery, the levels would likely be worse than normal when lockdown ends. 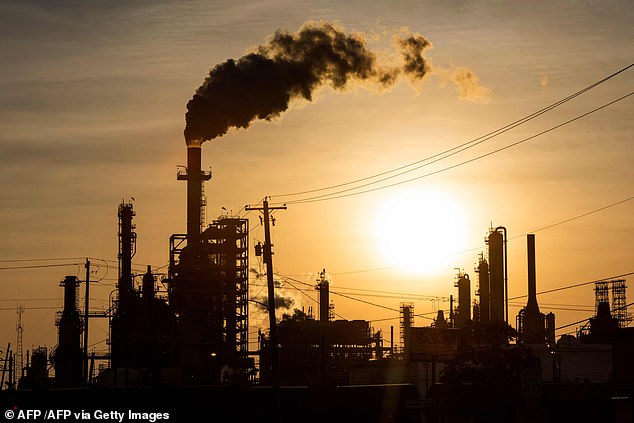 The IEA warned that, like in other crises, the rebound in emissions after the pandemic could be larger than the decline unless investment in restarting the economy goes towards cleaner and more resilient energy supplies

The fall is down to predicted declines in the use of fossil fuels such as coal, gas and oil over the course of the year.

This drop has happened in the wake of countries shutting down their economies and keeping people at home to fight the virus – plus the predicted impact of the expected recession that will come from the lockdown measures.

The IEA warned that, like in other crises, the rebound in emissions after the pandemic could be larger than the decline unless investment in restarting the economy goes towards cleaner and more resilient energy supplies.

Birol warned: ‘This is a historic shock to the entire energy world’.

‘Resulting from premature deaths and economic trauma around the world, the historic decline in global emissions is absolutely nothing to cheer,’ he said.

He warned that if the aftermath of the 2008 financial crisis is anything to go by, we are likely to soon see a sharp rebound in emissions as economic conditions improve.

‘But governments can learn from that experience by putting clean energy technologies – renewables, efficiency, batteries, hydrogen and carbon capture – at the heart of their plans for economic recovery,’ Birol said.

‘Investing in those areas can create jobs, make economies more competitive and steer the world towards a more resilient and cleaner energy future,’ he urged.

The new report from the IEA has found that in the first quarter of 2020, coal demand was down 8 per cent on the same period in 2019 as economic activity was reduced.

they also found that oil demand went down 5 per cent in the face of huge falls in road transport and aviation activity due to lockdown measures.

Full lockdowns have pushed electricity demand down by 20 per cent or more in some areas, while power consumption levels on weekdays have looked ‘like those of a pre-crisis Sunday’.

The IEA said renewables are set to be the only energy source that will grow in 2020, with their share of global electricity generation projected to jump due to priority access to grids and low operating costs 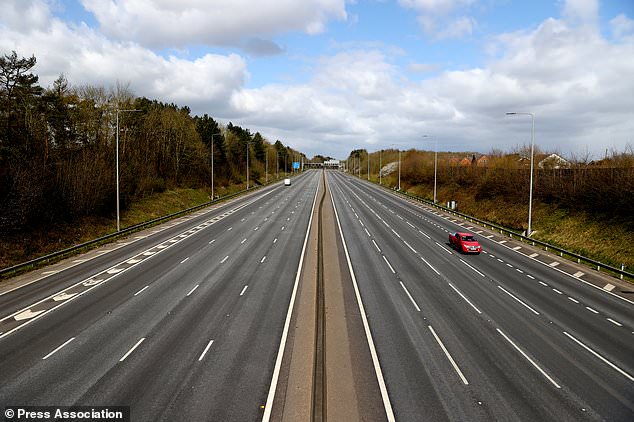 By April, almost all the world’s population was under some kind of containment measures and countries and regions which account for more than half of global primary energy use were in partial or total lockdown.

Using the data from the first 100 days of the year, the report estimates how energy consumption and carbon emissions are likely to evolve over 2020 as the world battles the pandemic and recovers from its economic fallout.

The report estimates energy demand will fall 6 per cent in 2020, the equivalent of losing the entire demand of India, the world’s third largest energy user.

As a result coal demand is set to fall by 8 per cent this year, natural gas is on track to decline 5 per cent and a 9 per cent fall in oil is also predicted.

The IEA said renewables are set to be the only energy source that will grow in 2020, with their share of global electricity generation projected to jump due to priority access to grids and low operating costs.

Having overtaken coal for the first time in 2019, low-carbon power sources including wind, solar, hydro and nuclear are set to extend their lead over the fossil fuel in 2020, to reach 40 per cent of global electricity generation, the report said.

The full report is available to read from the IEA.

From around 2020, town halls will be allowed to levy extra charges on diesel drivers using the UK’s 81 most polluted routes if air quality fails to improve.