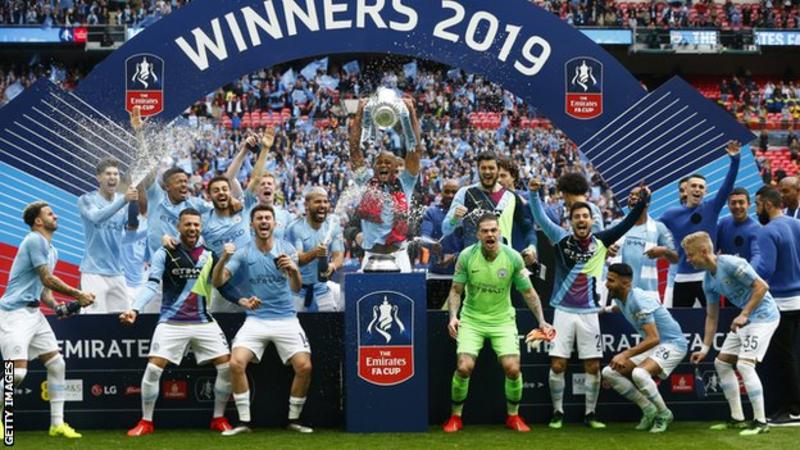 Manchester United will face Chelsea and Arsenal will play holders Manchester City in the semi-finals of the FA Cup.

It is a stellar draw, featuring the Cup’s three most successful sides, with Arsenal the record 13-time winners.

United, who beat Norwich to reach the last four, have won it 12 times, while Chelsea, who edged past Leicester in the quarter-finals, have eight wins.

Both ties will be played at Wembley on the weekend of 18 and 19 July.

The final is scheduled for Saturday, 1 August at the same venue.

The draw was made at half-time in the game between City and Newcastle, which Pep Guardiola’s side won 2-0 thanks to a Kevin de Bruyne penalty and a classy Raheem Sterling finish.

That game was taking place after Arsenal knocked out Sheffield United, with Dani Ceballos scoring the winner in the 91st minute.

The semi-final between United and Chelsea is a repeat of the 2018 final, which was won by the Blues.