Beer fans can drink an exclusive brew at the Empire State Building.

The NYC tourist attraction announced it has partnered with local craft beer shop Craft + Carry and Five Boroughs Brewing Co. to can and sell a branded beer called View from the Top.

"Chase panoramic views with a refreshing brew every Thurs 4-10PM & Fri-Sun 4-11PM thru 11/28 at the new @Craft_CarryNYC pop-up," the Empire State Building wrote in a tweet Nov. 4.

The tweet went on to add that the Hazy IPA will be available "exclusively for observatory guests" on its 86th floor.

The limited-edition beer can features a gray city backdrop and a close-up view of the observation deck’s famous binoculars.

BEST TIMES TO BOOK FLIGHTS, TRAVEL AND SPLURGE IN 2022: EXPEDIA

Representatives at the Empire State Building, Craft + Carry and Five Boroughs Brewing Co. did not immediately respond to FOX Business’ request for comment.

Recent Instagram posts from Craft + Carry and Five Boroughs Brewing Co. said the two companies’ partnership with the Empire State Building honors the attraction’s 90th birthday, which has been an ongoing celebration since May 2021.

View from the Top is the Empire State Building’s second beer collaboration. In October, the iconic skyscraper partnered with Bronx Brewery to serve beers on weekends. 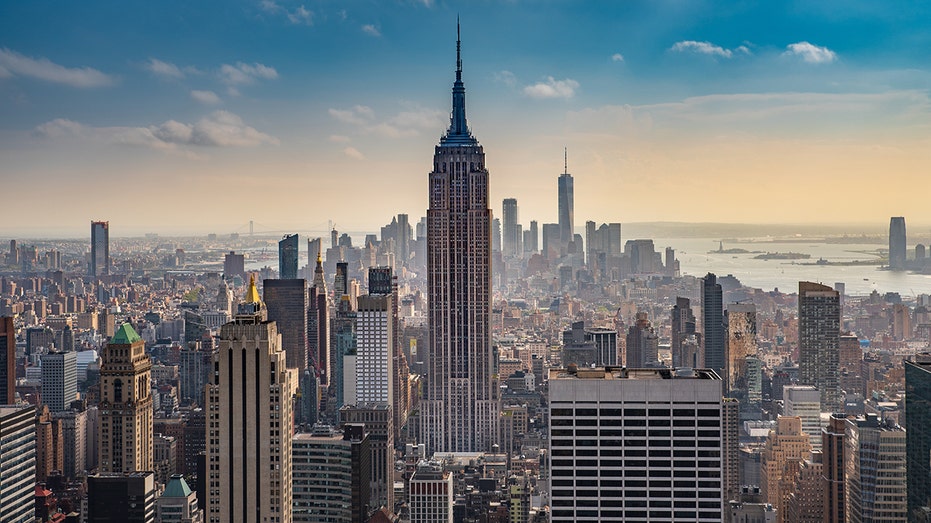 Beer fans can drink an exclusive brew at the Empire State Building. (iStock)

"With the implementation of our industry-leading indoor environmental quality, our guests can enjoy our new reimagined, immersive digital and tactile exhibits with confidence before they relax with an evening drink and the most spectacular 360-degree, open-air views that New York City can offer," Empire State Building Observatory President Jean-Yves Ghazi said at the time.

The Empire State Building began working with third-party pop-up vendors in July 2021. It kicked off its new program with the Long Island-based cookie company My Cookie Dealer.

Before the pop-up program, the world-famous tourist attraction primarily served food and beverage at its STATE Grill and Bar, located on the ground floor.