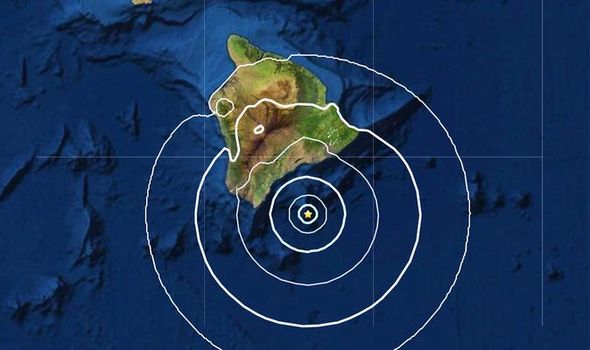 The powerful tremor ruptured along the Loʻihi Seamount, an active volcano 22 miles southeast of Hawaii. According to the US Geological Survey (USGS), the earthquake struck at 6.44pm Hawaii time on Wednesday, June 2 – 5.44am BST on Thursday, June 3. The earthquake was centred about 26 miles (42km) southeast of the Naalehu community on Hawaii island.

The tremor hit at a depth of about seven miles (11km) and was felt by at least three people within the first hour.

A USGS report described “moderate shaking” has been reported across Hawaii Island, which also known as Big Island.

Luckily, “significant damage” to buildings is not expected at this intensity.

Ken Hon, the scientist-in-charge of the Hawaii Volcano Observatory assured the earthquake will not have an impact on the nearby Kilauea or Mauna Loa volcanoes.

However, local residents should still brace for the possibility of aftershocks.

He said: “We see no detectable changes in activity at the summits or along the rift zones of Loʻihi, Kīlauea, or Mauna Loa as a result of this earthquake. Aftershocks are possible and could be felt.”

The Loʻihi Seamount is an active volcano located about 19 miles (30km) from Big Island’s coastline.

The volcano sits on the seafloor south of Hawaii’s notorious Kilauea volcano.

According to the USGS, the volcano’s seamount extends some 3,199ft (975m) below sea level. 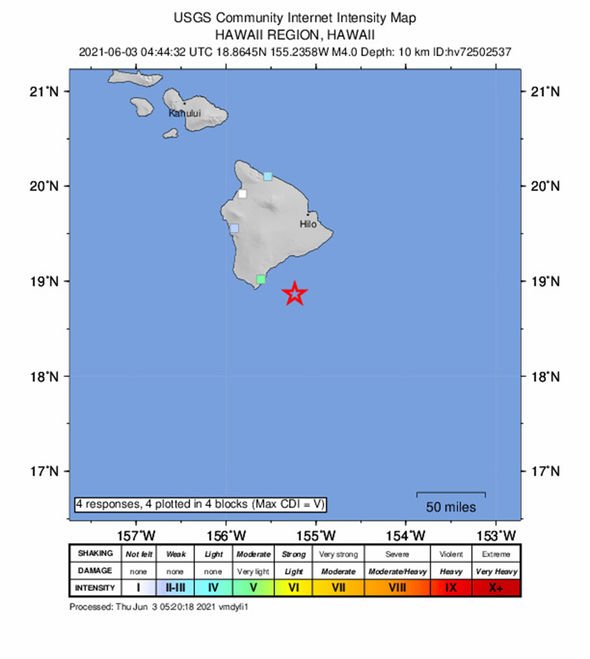 The volcano consists of three pit craters and two rift zones across a broad summit area.

The features extend bout 13.6 miles (22km) southeast from the summit and about 9.3 miles (15km) north-northeast.

The quakes may have been triggered by magma moving within the volcano.

This is a breaking story, Refresh the page to see more.

Tags: geography, headlines, science, wo
You may also like
Recent Posts