Did he want Jello over crème brûlée all along? Michael O’Neal may have ended up with Kimberly Wallace (Cameron Diaz) in My Best Friend’s Wedding, but Dermot Mulroney admits he would have been game if the sportswriter married best friend Julianne Potter (Julia Roberts).

Best Rom-Coms to Watch When You’re Stuck at Home

“Didn’t everybody?! I did too in some ways, of course, as true as I played it to the story,” the Hanna actor, 58, exclusively revealed to Us Weekly. “And of course, you know, Julia and I remain great friends. That’ll be one of those things that I will share with the rest of the world, wondering, and maybe wishing.” 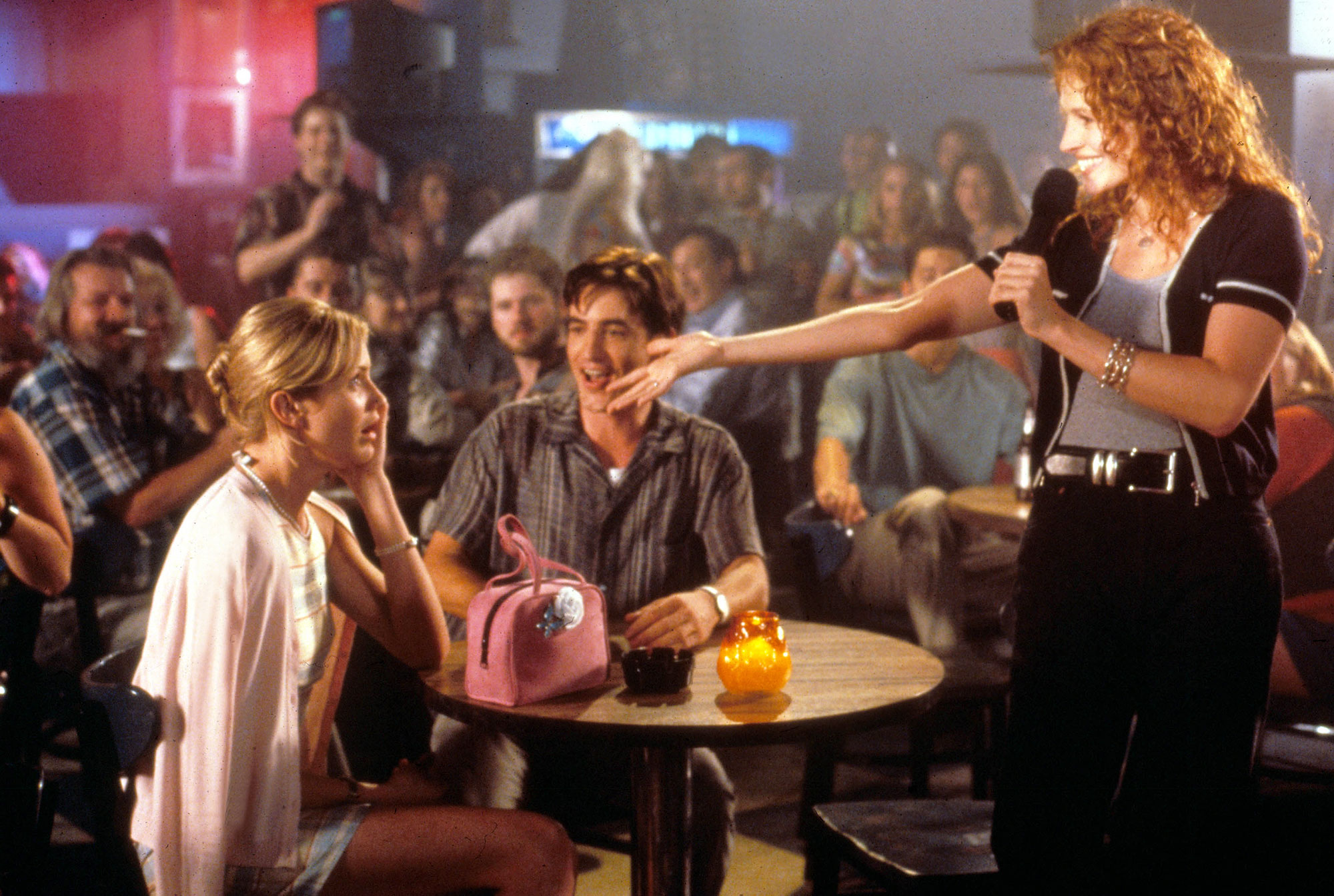 The Chicago-based rom-com starred Roberts, 54, who desperately tries to breakup her best friend Michael and his new fiancee, Kimberly, just days before they say “I do.” The food critic and Michael have been friends for years — and even made a pact that if they were 28 and not married yet that they would marry each other.

“It just matured on the shelf. It’s incredible how it’s even gained meaning and value over time somehow. It’s a magical movie,” Mulroney told Us. “[Julia and I have] worked together a number of times since. On Homecoming, not that long ago, for Amazon Prime. And August: Osage County before that. That movie — is it really 25 years ago? — still means as much to me as it did the day I got that part.”

Perhaps the film’s most famous scene to date is when Julia’s pal George Downes (Rupert Everett) unexpectedly starts to belt out “I Say a Little Prayer” at a seafood restaurant during one of the many family events leading up to the wedding day.

30 Most Romantic Movies of All Time 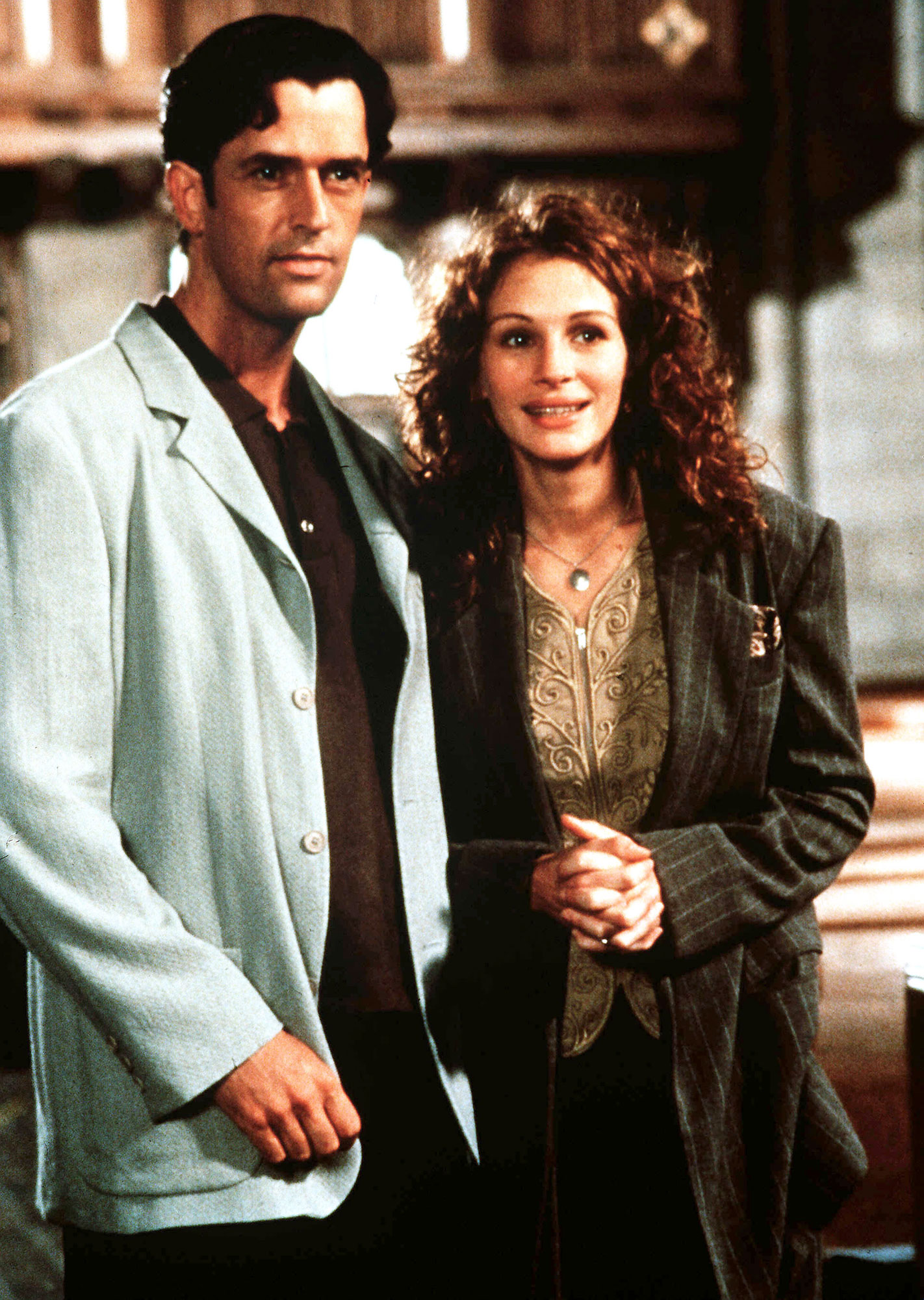 “I love springing out of bed and going to work. Can you imagine knowing that day was coming?” the Family Stone actor told Us. “But even as I sat there, things were happening on the set that I certainly never imagined. Waiters in the background with lobster claws singing along. P.J. Hogan, truly brilliant comedic director. All of that was in his mind. When I’m sitting there on that set that day, this guy jumps up [and] they all start singing. It was incredible to be on that set. He really ran the heart, I mean, it’s Rupert Everett’s scene and he did such a brilliant job with it. It’s just incredible to think it’s just one day in my life that long ago that wound up having so much impact.”

So much so, that “it might be” the moment that sticks out the most to Mulroney from set. “Everything I picture with Rupert I laugh. There’s a scene in a cab or we all in the back of the cab. There’s this scene at the tailor where he comes in, she says that he flew in just to, you know what for the weekend or what have you,” he recalled. “Every thing that came out of that guy’s mouth was just brilliant. We remain friends. I saw him just last, well now a year ago on Hanna season 2, while I was over here. When you next see Rupert tell him hello! Every day on that set was thrill and just so many laughs behind the scenes. Incredibly funny people. Cameron! I mean, come on. Hilarious.”

The cast reunited for Entertainment Weekly’s romantic comedy issue in February 2019, 22 years after the movie’s 1997 debut. Although he would have loved to see Michael and Jules live their own happily ever after, he admitted to EW that Michael and Kim are probably still a couple.

“It supports the whole theory that it’s the right girl for him, right guy for her, you know?” he said at the time. 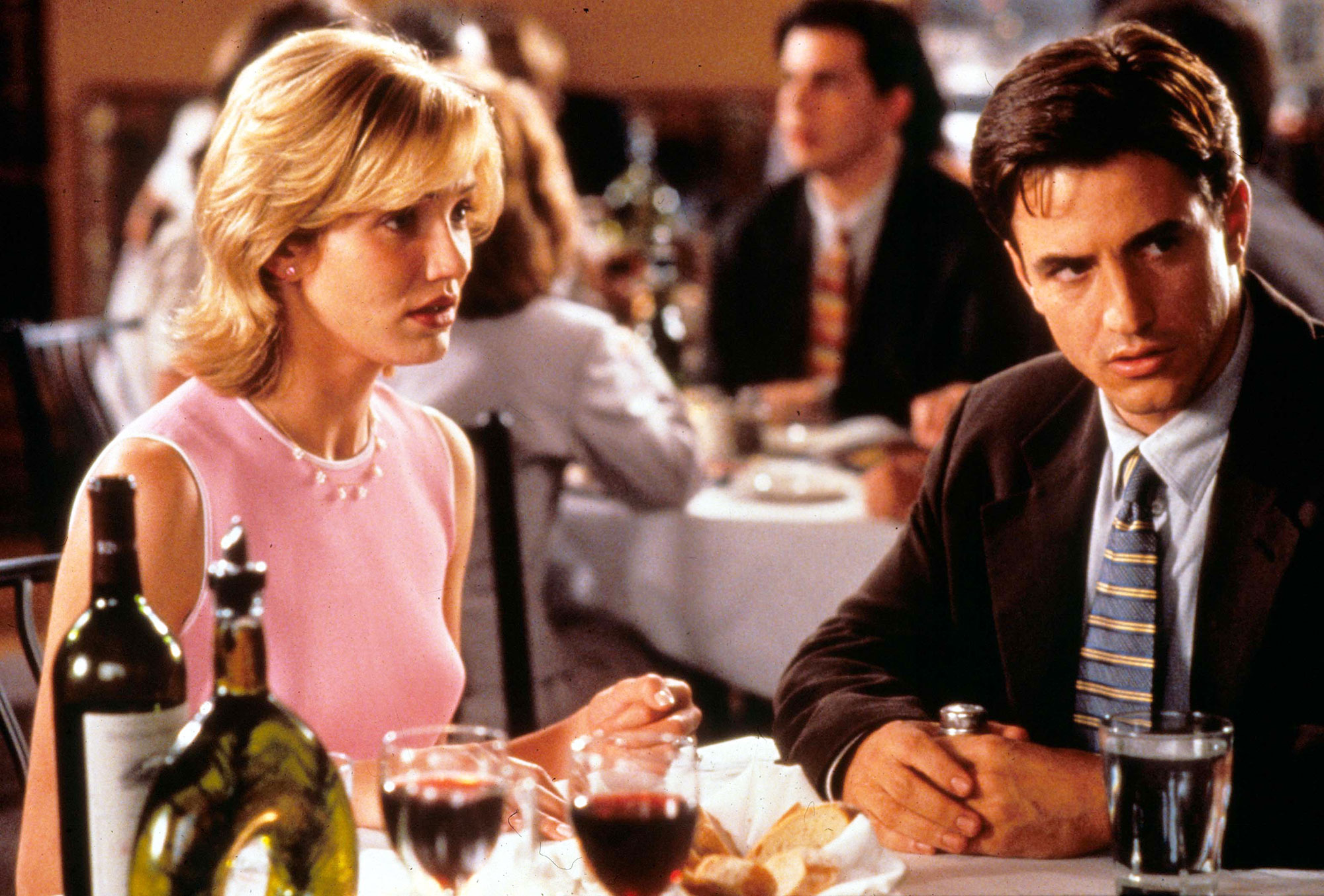 Everett chimed in, “I think George and Julianne are a little bit like Will and Grace,” while Roberts added: “We’re not living together. But I live across the street.”

Tags: Best, Dermot, Mulroney, my, Wanted
You may also like
Recent Posts