It's hard to believe that it's been more than a decade since Danny Rose burst on to the scene at Tottenham.

It was quite the introduction for Rose, then just 19, scoring a wonder goal inside the opening 10 minutes on his Premier League debut against Arsenal.

The left-back joined Spurs from Leeds United in 2007 and has risen through the ranks to become an established top-flight player. 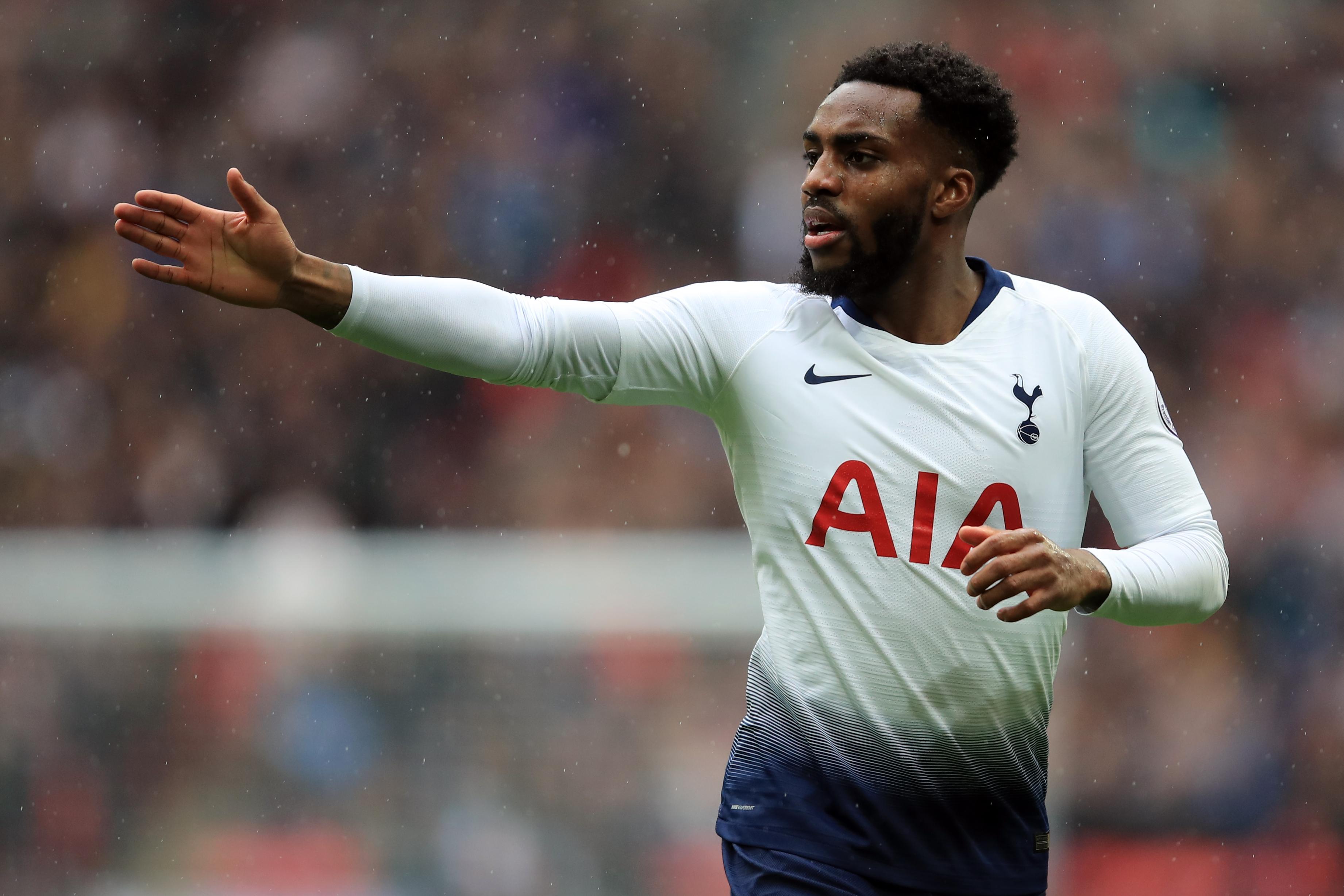 Rose has played more than 200 times for the north London side and – before football was cut short by the coronavirus pandemic – embarking on a new journey on loan at Newcastle.

With 29 caps to his name for England, it has been a highly impressive career so far but injuries and personal circumstances have curtailed Rose's progress.

Rose can often be misunderstood, largely because he's not afraid of speaking his mind. If he has something to say on a subject that is important to him then he'll express his opinion on it.

Much like Watford's Troy Deeney, he says it how it is. His honesty is refreshing, but it hasn't always served him well.

In 2017 there was a general frustration in the Spurs dressing room, particularly among the senior personnel, about the club’s stringent wage structure. Rose wasn't afraid to speak up about it.

He was made out to be the bad guy, a typical greedy footballer. Yet he was only saying what everyone else thought, that in comparison to their rivals Tottenham’s players were under paid. 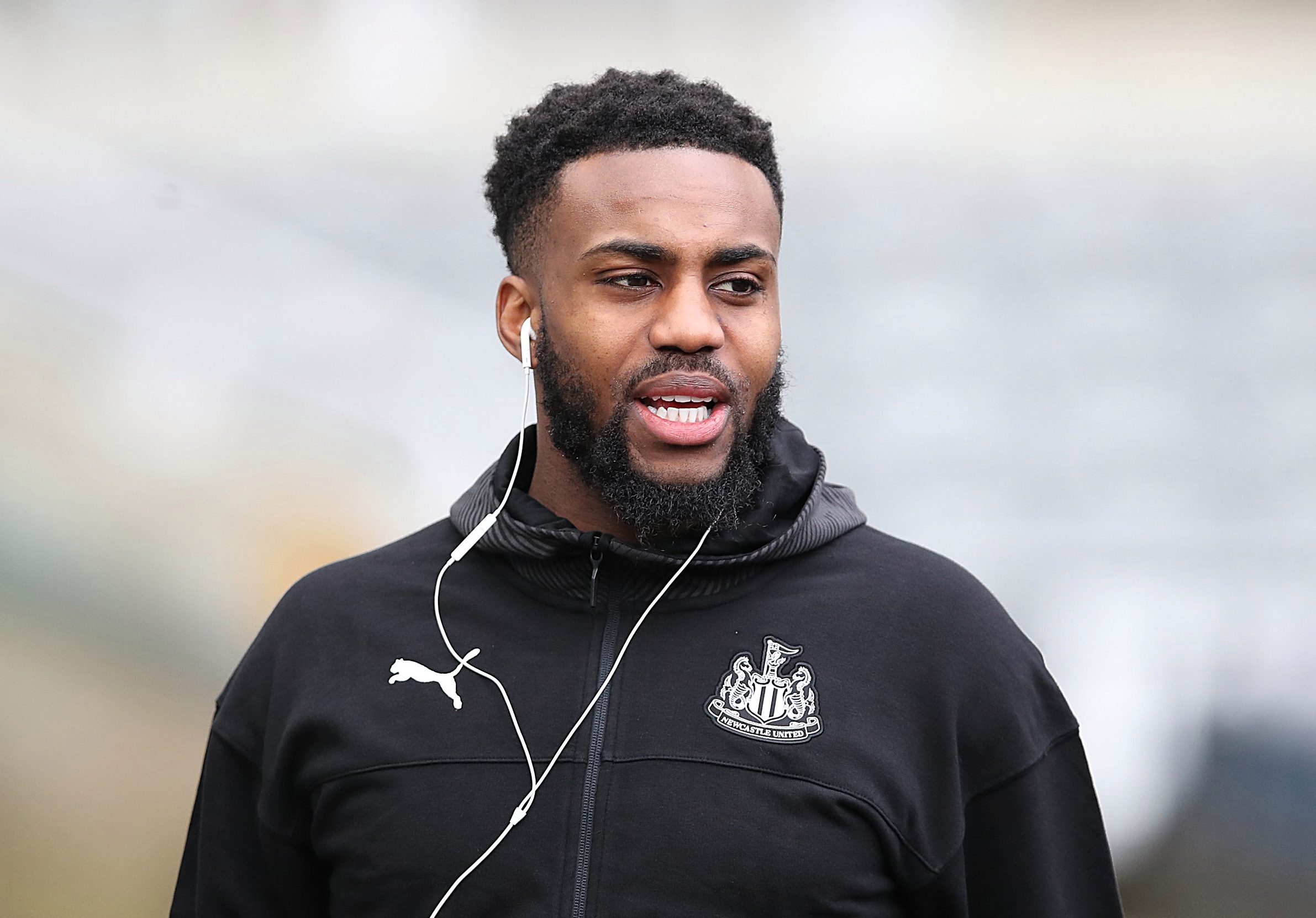 When he joined Newcastle in January, his sole motive was to get in Gareth’s Southgate England squad for Euro 2020. He could have sat on the bench at Tottenham and picked up a wage for doing nothing. He didn't.

Rose has also spoken candidly about his battle with depression after the trauma of his uncle committing suicide, his mum Angela being racially abused and an assailant shooting at his brother inside the family home.

The stigma surrounding men and mental health is slowly improving, but when a 'big club' asked to meet Rose to 'check if he was crazy’ before deciding whether to sign him in 2018, that was something that deeply upset the defender.

“I have never been so embarrassed in all my life, I just wanted to get in my car and hide,” he told talkSPORT last year.

“Even though I was going through [depression] that, it didn’t ever affect me doing my job and I'd still like to think I give 100 per cent whatever state of mind that I am in.”

Rose isn’t desperate to be loved and Les Ferdinand, who worked closely with Rose during his time coaching at Tottenham, says there are striking similarities between the defender and former Manchester United forward Andy Cole. 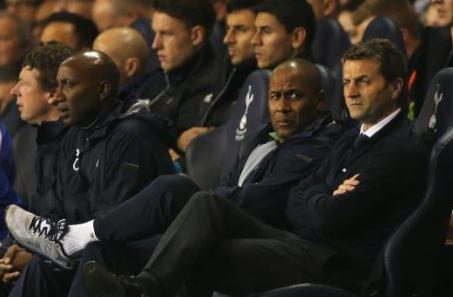 “I’d put Andy and Danny in the same mould in that they aren’t accessible,” he told talkSPORT.com. “They don’t put themselves out there [in the media].

“Andy said a few things over the years and had a infamous falling out with Teddy Sheringham. He was always seen as the bad guy because he didn’t give the media what they wanted.

“Danny speaks his mind and some people don't like it. I always find the way he articulates his points very powerful and thought provoking.

“At Tottenham some of the coaching staff didn’t like Danny. They couldn't understand him. He’s wasn’t disruptive or disrespectful, but he was a closed book. An introverted type of character.

"Does that change the fact he’s a top player? Absolutely not.”

Chris Ramsey also coached Rose at Spurs, and maintains he's one of the best professionals he’s encountered in football.

"I find it liberating in a lot of ways [the way he is]," he told talkSPORT.com. "He doesn't take any prisoners, he says it how it is. 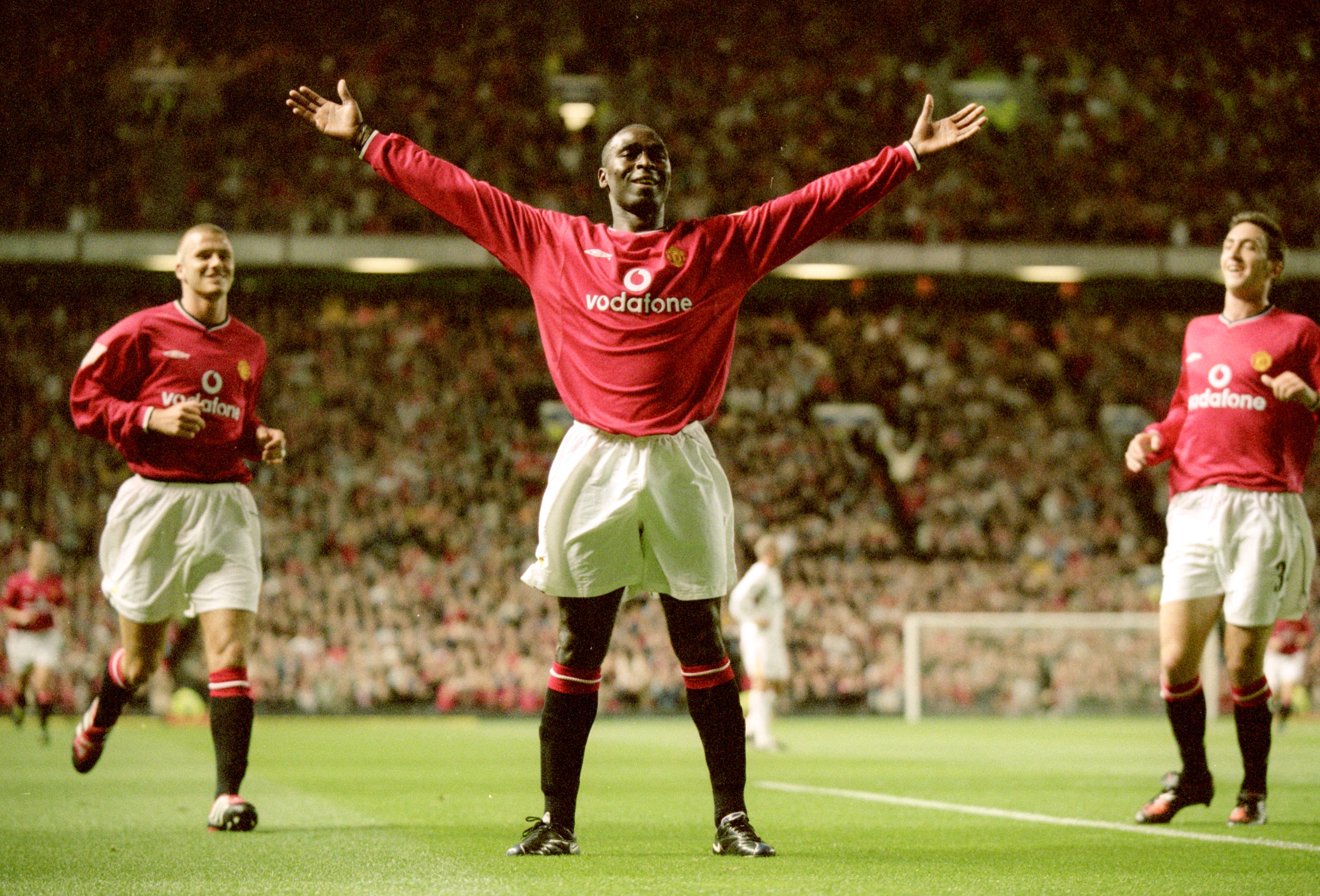 “He was always very passionate about his job and his attitude was exemplary. He's certainly one of the best professionals I've worked with.

"Whether he agreed with you or not he'd always train hard. He's not an unreasonable kid, but if he doesn't think something is right, then he'll professionally question you.

"Danny's the kind of kid who you could have an argument with, but he'd never toss your session off.

"He's got a tough edge to him as he doesn't put up with nonsense, but he's a really good guy.

"He's not a people pleaser, what you see is what you get with Danny. He's very much a misunderstood character.”

The high-profile falling out between Rose and Spurs boss Jose Mourinho earlier this year saw him join the Magpies on a temporary basis until the end of the season.

It has been reported that Rose will never play for Tottenham again, and while that looks unlikely as things stand, it’s not completely out of the equation.

There appears to be no lingering ill feeling between Rose and Mourinho. Upon his arrival at St James' Park the Portuguese boss texted the defender to wish him well and said he was looking forward to watching him at the Euros. 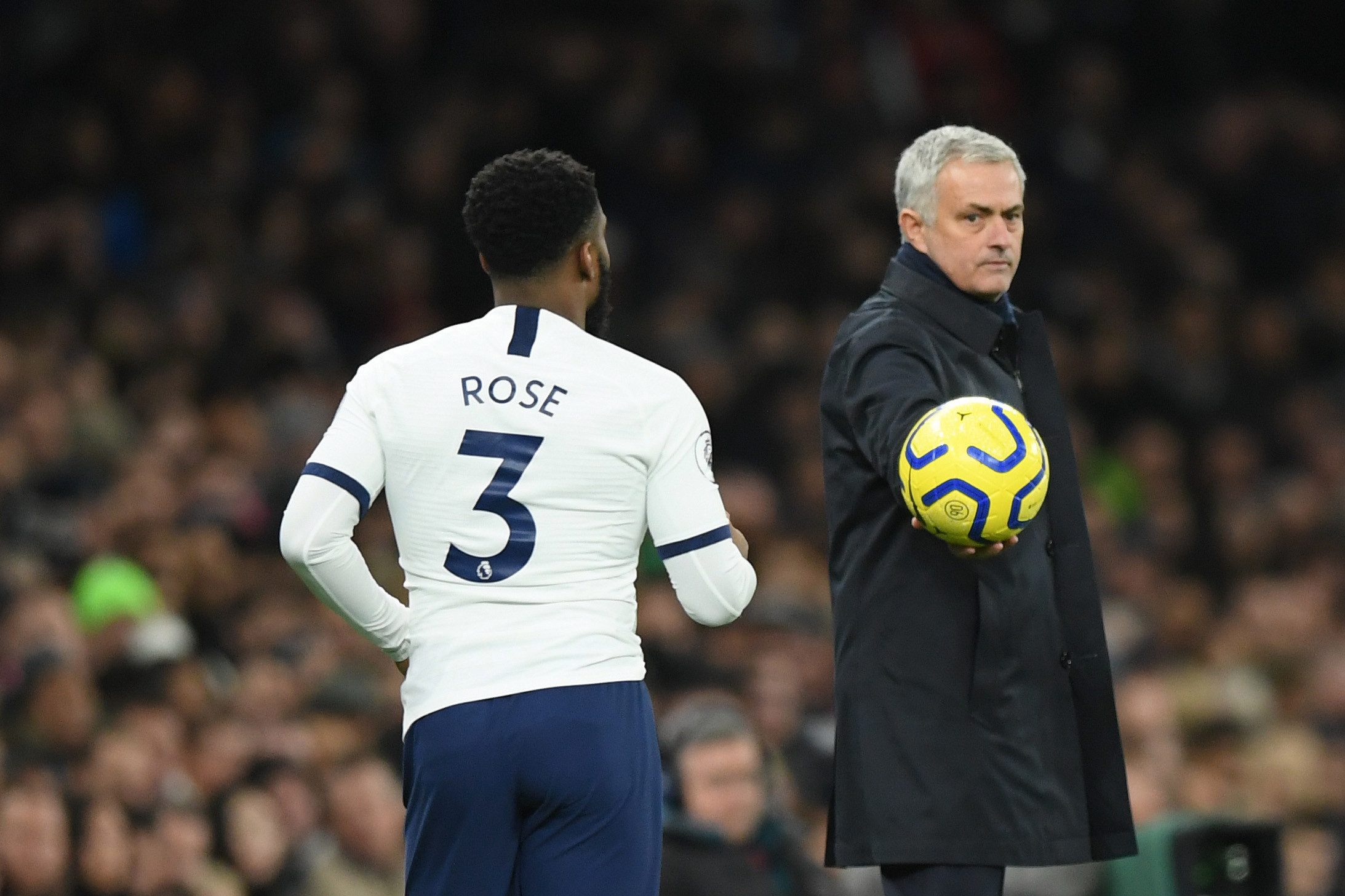 Rose has relished being back up north and near his family, something he vowed to do before his career drew to a close after spending so many years away from home.

He’s very close with his mum and has regularly gone to stay with her since joining Newcastle, something he also did at every opportunity when he was playing in London.

There have been no front page stories of Rose being embroiled in off-field scandals. The reason is because Rose isn’t an idiot. He understands his responsibilities as a professional footballer.

There are a lot of things Rose doesn’t like about the game though, he said as much last year in an interview where he admitted he ‘couldn’t wait to see the back of football'.

Benoit Assou-Ekotto, the former Spurs defender, also came out publicly expressing similar views to Rose during his stint in England.

"There are people around you only because you play football. I have my girlfriend, who I met when I was 18, and I don't want to lose her because when you are a footballer it's not good to meet a new girl at 26." 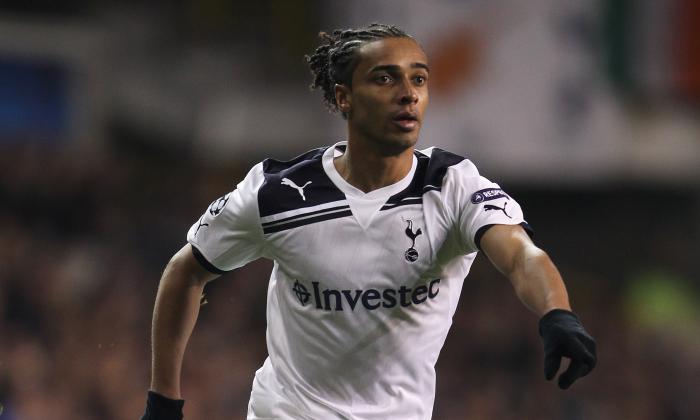 “Funnily enough I remember speaking with Benoit about the same thing," recalls Ferdinand.

“He came out publicly and said he'd had enough of football. What he meant was that he disliked the whole culture surrounding English football.

“The nightclubs, the drinking, the girls, and everything else. That doesn't interest Danny either.

"I've never heard stories of him acting up and there's a reason for that.”

Rose, 29, is also deeply passionate about his charity work, something he has done silently for many years.

He’s been a leading force among top-flight footballers in the fight against coronavirus.

Rose donated £19,000 to NHS staff in his hometown, Doncaster, as well as the same amount to the North Middlesex University hospital – where he also paid for hundreds of Domino's pizzas to be delivered to frontline workers.

He was a mystery donor in both cases, before eventually being tracked down.

Rose also handed over £10,000 to two domestic abuse charities, SafeLives and Chayn, helping those vulnerable individuals who have been impacted by the lockdown measures.

Rose is a very thoughtful individual, but it's forgotten just how good a footballer he is. He’s desperate to play for England again, something Ramsey and Ferdinand believe is achievable.

“He’s been a brilliant servant for Tottenham, he's still really popular with the fans there," Ramsey commented.

"He’s proved to be a massive bargain for Spurs, he cost what just over £1million? It's incredible, really.

“He’s one of the last genuinely gifted defenders around who can go forward and defend.

"I still think he could play for any team in the Premier League."

"At one stage he was the best left back in the country before his injury problems.

"He hasn't been the same since in the eyes of some managers, but he's a quality player who can certainly get back into the England set up."

Rose's family are incredibly proud – and rightly so – of the person he's matured into over the years.

“Danny has lived the dream, he's had a really good career. But more importantly than that he's got a good heart and for us that's more than enough," Mark Rankine, Rose's uncle and agent, said.

“I played up until I was 37 and that was back in the old days without all the nutrition and technology that is around now.

"I've told Danny that he can do the same if he really pushes himself.

"The mental strength that he's shown has been incredible. The enthusiasm and dedication he has for football can never be questioned.

"He's still got a good few years left and we're excited to see how the future unfolds for him.”

Rose is a shining light and a fine example to youngsters far and wide, and should be rightfully commended for that.