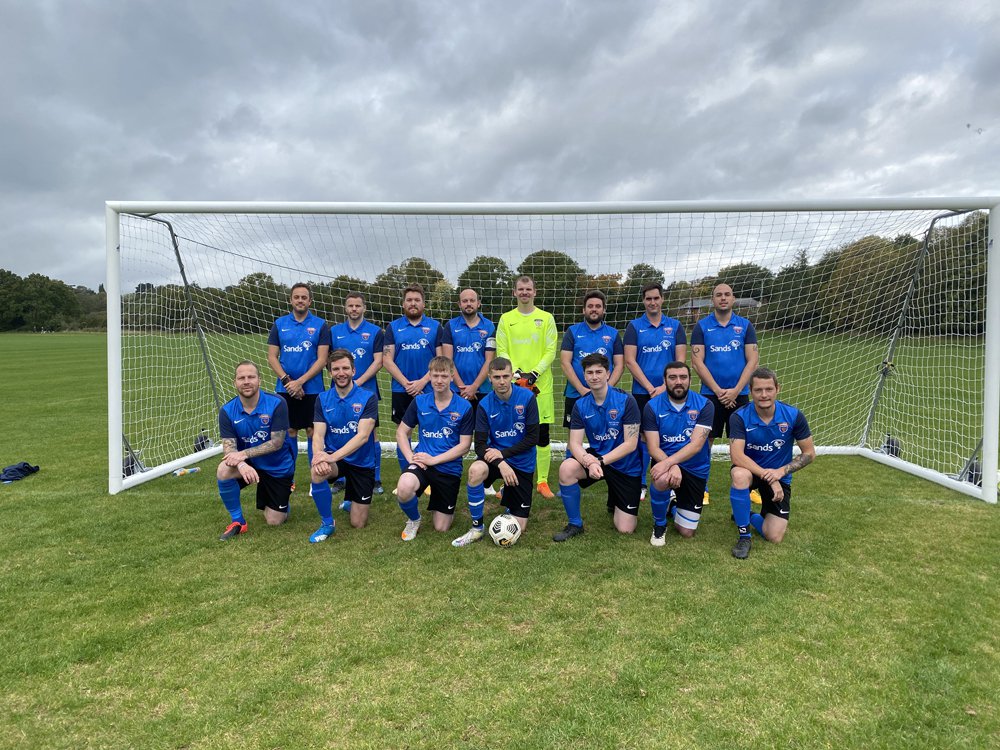 A father has spoken with searing honesty of his deep emotional grief following the tragic death of his daughter, and how he channelled that pain to find help for other bereaved men.

Samuel Woodford, 31, was devastated after baby Etta passed away at just 27 days old, leaving him and wife Emily, 30, ‘completely blindsided’.

However, despite his own heartache, civil servant Samuel has grouped together with other men who’d experienced loss, starting a football team where they can be open about their mental health.

Looking back on what they went through, the couple were initially overjoyed when they found out they were expecting their second child.

The 20-week ‘abnormality scan’ showed an issue with the baby’s heart, and Samuel and Emily faced an agonising wait for news, which they call ‘a surreal, hellish two days.’

The pair, from Salisbury, Wiltshire, were then told she had a hypoplastic left heart – a critical congenital heart defect that affects normal blood flow through the organ.

‘We were told that without a heart transplant in their early teens, children with this defect die,’ said Samuel.

‘It’s irreparable even with a heart transplant. The oldest person alive with hypoplastic left heart is in their early thirties.

‘After the diagnosis, I don’t think I had feelings. It was just a complete shock. We just sat there in silence thinking, “We can’t believe this is happening to us.”‘

At this point, the family moved to hospital accommodation in Bristol – so Emily’s pregnancy could be monitored at a specialist unit at Bristol St Michael’s – and the baby’s condition improved, to the point they were told she may not need any surgery at all and could even ‘be an Olympian’.

The parents – who also have a three-year-old son, Ezra, and had another son, Reuben, just six weeks ago – welcomed baby Etta Libi Wollford on 26 November 2019, choosing her middle name as it’s the Hebrew word for ‘heart’.

At 7lbs 8oz, Samuel says she ‘looked so well’, ‘just a fat cute baby’. Things were looking stable, but took a terrifying turn for the worse after a week, when the couple got the call they’d been dreading.

At only 10 days old she had her first open heart surgery; a 13-hour triple bypass, after which Samuel and Emily were unable to hold their tiny baby for three weeks, as her chest had been opened.

The morning after they got to have those precious hugs, they arrived at the hospital and were told Etta had gone into cardiac arrest. Staff worked to revive the baby for 35 minutes, eventually putting her on life support in the hope that they could stabilise her.

‘We were told we’d know by how she responded to the life support whether or not she would die within the next 24 hrs,’ said Samuel.

The tiny baby was baptised and the unit was closed, so close family were able to spend time with Etta alone. For a week, she remained on life support as doctors tried everything to encourage her heart to work on its own.

But after seven days, Samuel and Emily were told the heartbreaking news that there was nothing more they could do.

Samuel said: ‘They took the ventilator out, because at this point, she didn’t need it. She was as good as dead and they took all the lines that they could off her, so that we could hold her properly again for first time in days.

‘And they closed her chest for us, so that we could hold her without risk of horrible things happening. We took some casts of her hands and feet and took some photos.

‘Then we cuddled her and read her stories and they turned off the machine, so she died in our arms.’

Samuel said: ‘The world came crashing down. I felt a guttural, visceral grief. I just couldn’t believe it.

‘My wife couldn’t believe it. We couldn’t even look at each other. We just held hands and sobbed.’

The couple struggled to come to terms with the intense feelings they were having, and Samuel says even Etta’s funeral did not bring closure.

They were both ‘inconsolable’, but while Emily was able to find other women to speak to, Samuel – who admits he was deeply depressed – didn’t have a similar outlet.

Suffering with post-traumatic stress disorder (PTSD), to this day he wakes up in a hot sweat from time to time, after having a flashback to Etta receiving CPR.

Then, last year, school teacher Emily heard about Sands United FC, a charity football initiative started by a grieving father in Northamptonshire after some frustrated dads enjoyed a kick about after a meeting for bereaved families.

Now there are teams up and down the country and, with Emily’s encouragement, in August 2020 Samuel started Sands United FC Salisbury, which is now in the running for a £2,000 sponsorship award from electronics giant Panasonic.

He said: ‘The team’s been a fantastic support in the run up to the birth of Reuben, six weeks ago.

‘They all understand that for parents who have lost a child the news of a new pregnancy is not an exclusively happy thing.

‘In many circles, it’s still taboo for men to talk about mental health, and men find it hard to talk openly about loss.

‘At the football team, we have all been through it, so we know what to say to each other. The support is invaluable.’

Keen to raise awareness of the football team and the need for parents who have lost a child to talk about their emotions, he said: ‘We’ve learned to try and reframe our grief as time passes.

‘We are building our life around the grief that will never get any less. We’re also trying to increase the quality of life around it so, in comparison, it feels smaller.’

Samuel wants people to know, though, that trying to work through his grief doesn’t change the lasting impact having – and losing – Etta has had on him.

‘I’ll never, ever stop thinking about Etta,’ he said.

‘I will always be immensely proud to have been her dad, even if I only had that privilege for 27 days.’

For information about the Sands Charity football teams across the UK visit their website here.