Coronavirus survivor donating his blood to help others who are sick

Coronavirus survivor Carl Goldman discusses his experience on the Diamond Princess cruise ship and in quarantine.

NEW YORK — Tiffany Pinckney remembers the fear when COVID-19 stole her breath. So when she recovered, the New York City mother became one of the country’s first survivors to donate her blood to help treat other seriously ill patients.

“It is definitely overwhelming to know that in my blood, there may be answers,” Pinckney told The Associated Press.

Doctors around the world are dusting off a century-old treatment for infections: Infusions of blood plasma teeming with immune molecules that helped survivors beat the new coronavirus. There’s no proof it will work. But former patients in Houston and New York were early donors, and now hospitals and blood centers are getting ready for potentially hundreds of survivors to follow. 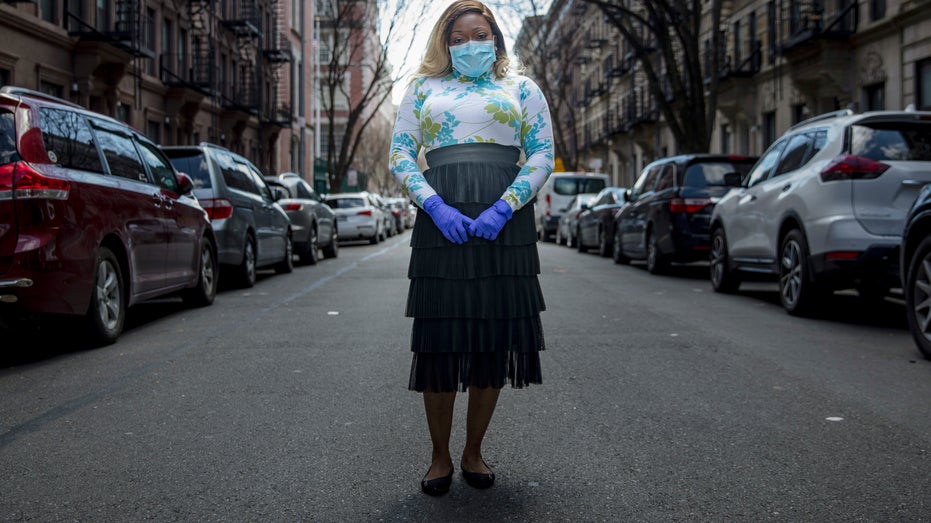 Tiffany Pinckney poses for a portrait in the Harlem neighborhood of New York on April 1, 2020. (AP Photo/Marshall Ritzell)

“There’s a tremendous call to action,” said Dr. David Reich, president of New York’s Mount Sinai Hospital, which declared Pinckney recovered and raced to collect her blood. “People feel very helpless in the face of this disease. And this is one thing that people can do to help their fellow human beings.”

As treatments get underway, “we just hope it works,” he said.

What the history books call “convalescent serum” was most famously used during the 1918 flu pandemic, and also against measles, bacterial pneumonia and numerous other infections before modern medicine came along. Why? When infection strikes, the body starts making proteins called antibodies specially designed to target that germ. Those antibodies float in survivors’ blood — specifically plasma, the yellowish liquid part of blood — for months, even years.

When new diseases erupt and scientists are scrambling for vaccines or drugs, it’s “a stopgap measure that we can put into place quickly,” said Dr. Jeffrey Henderson of Washington University School of Medicine in St. Louis, who is helping to develop a nationwide study. 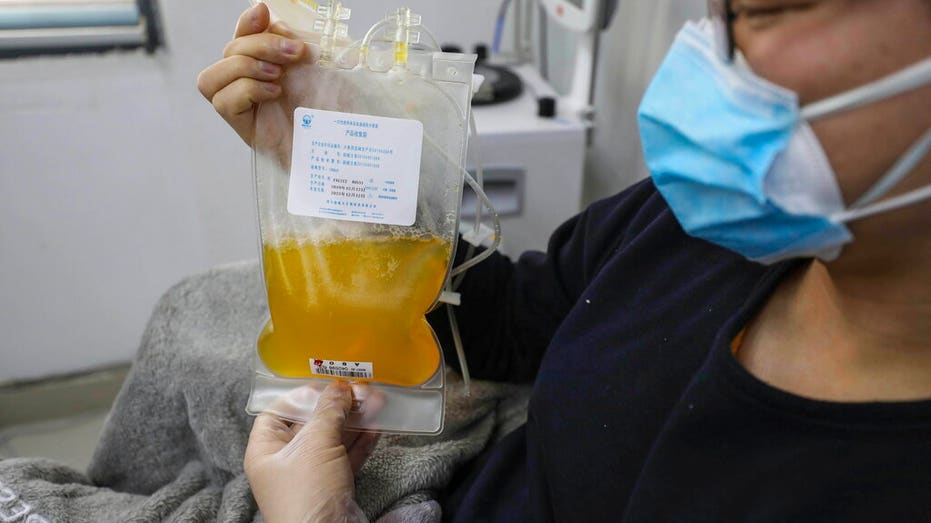 This “is not a cure per se, but rather it is a way to reduce the severity of illness,” Henderson said.

But for now, “they’re the safest ones on the street,” said Dr. Rebecca Haley of Bloodworks Northwest in Seattle, which is working to identify donors. “We would not be making a dent in their antibody supply for themselves.”

NETFLIX'S 'PANDEMIC' DOCTOR'S CORONAVIRUS TREATMENT TO BE EVALUATED BY ARMY

Last week, the Food and Drug Administration told hospitals how to seek case-by-case emergency permission to use convalescent plasma, and Houston Methodist Hospital and Mount Sinai jumped at the chance.

And a desperate public responded, with families taking to social media to plead on behalf of sick loved ones and people recovering asking how they could donate. According to Michigan State University, more than 1,000 people signed up with the National COVID-19 Convalescent Plasma Project alone. Dozens of hospitals formed that group to spur plasma donation and research. 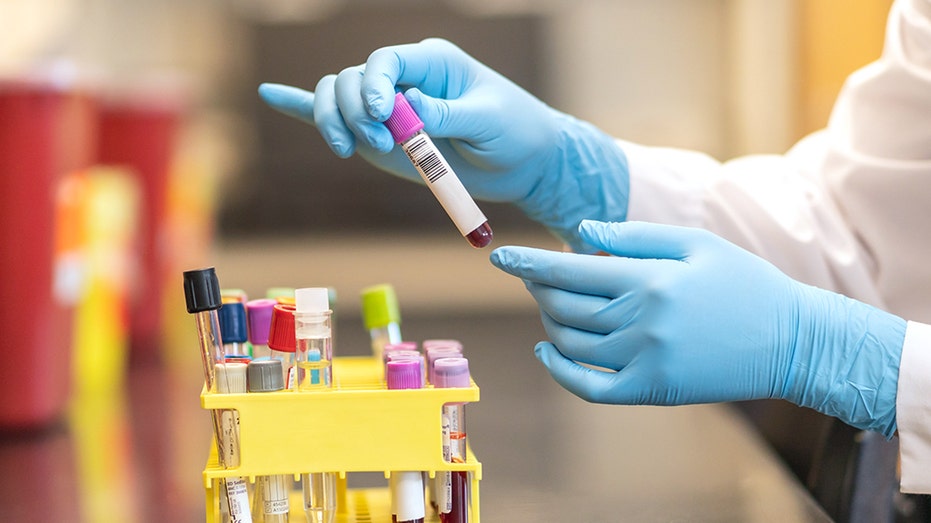 A laboratory technician places various blood vial samples into a rack that is sitting on a desk for later testing. / iStock

Would-be donors can’t just show up at a blood center. Those with a proven infection who’ve been symptom-free for several weeks must get tested to ensure the virus is gone. They also must be healthy enough to meet the other requirements for blood donation — plus get an additional test to see if their antibody level is high enough.

“You don’t want to take plasma from someone who had a mediocre immune response. That wouldn’t be helpful,” said Dr. Julie Ledgerwood of the National Institutes of Health.

Chinese doctors last week reported that five patients given convalescent plasma all showed some improvement about a week later. But they also received other therapies, and without a rigorous study, there’s no way to know if the plasma made the difference.

Studies are being planned to test convalescent plasma against regular care in sick patients, and to prevent infections among people at high risk of exposure such as health care workers. 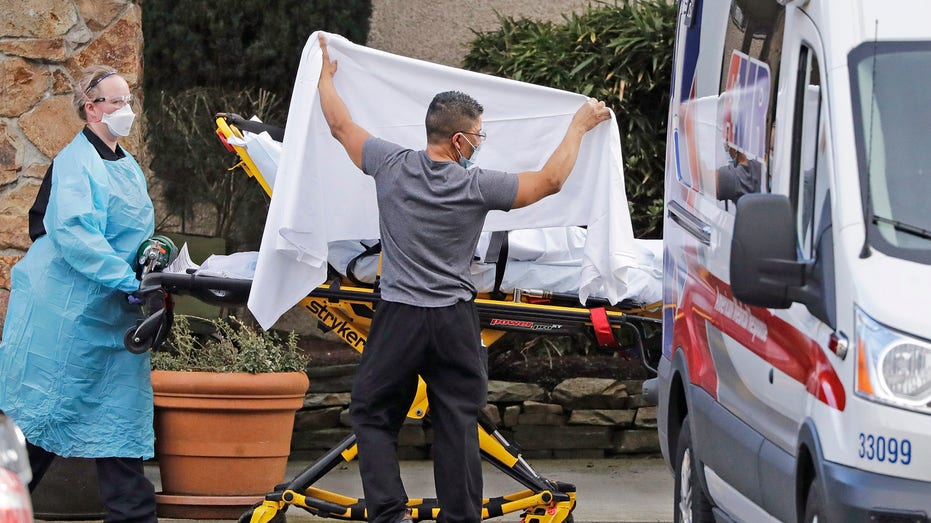 A staff member blocks the view as a person is taken by a stretcher to a waiting ambulance from a nursing facility where more than 50 people are sick and being tested for the COVID-19 virus, in Kirkland, Wash. (AP Photo/Elaine Thompson, File)

Separately, NIH researchers are measuring survivors’ antibody levels to learn how strong the vaccines under development must be to protect. Other teams, including at Beijing’s Tsinghua University, are hunting which antibodies are most potent, to copy in a lab and turn into drugs.

But donations from people like Pinckney could be used as fast as blood centers can process it. She got sick the first week of March. First came the fever and chills. She couldn’t catch her breath, and deep breathing caused chest pains. The single mother worried about her sons, 9 and 16.

“I remember being on my bathroom floor crying and praying,” the 39-year-old said.

So when Mount Sinai, which diagnosed her, called Pinckney to check on her recovery and ask if she’d consider donating, she didn’t hesitate.

“It’s humbling. And for me, it’s also a beacon of hope for someone else,” she said.

Tags: bl, Coronavirus, survivors'
You may also like
Recent Posts