The Blues forward was left out of the squad for today's FA Cup semi-final against Manchester City at Wembley. 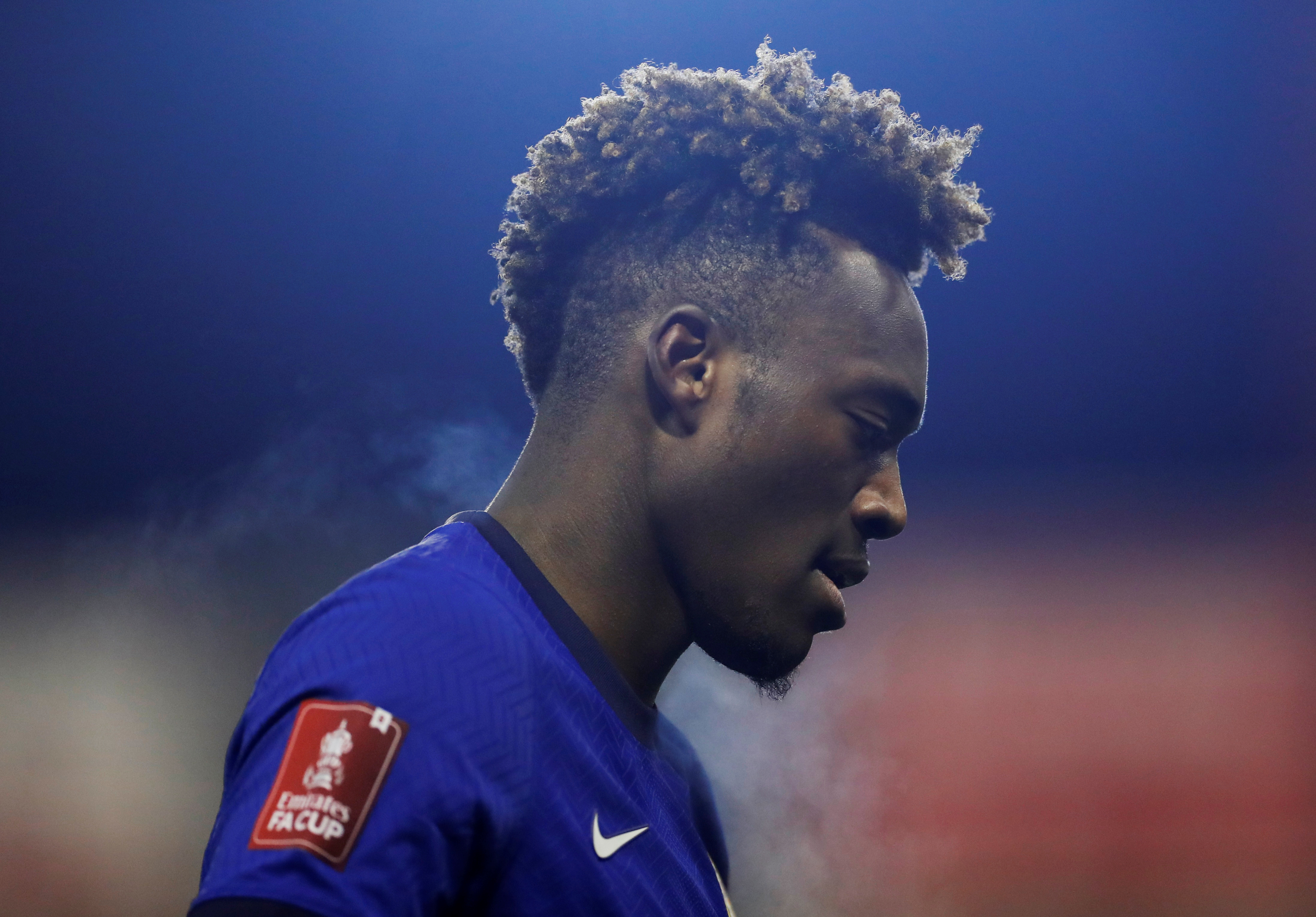 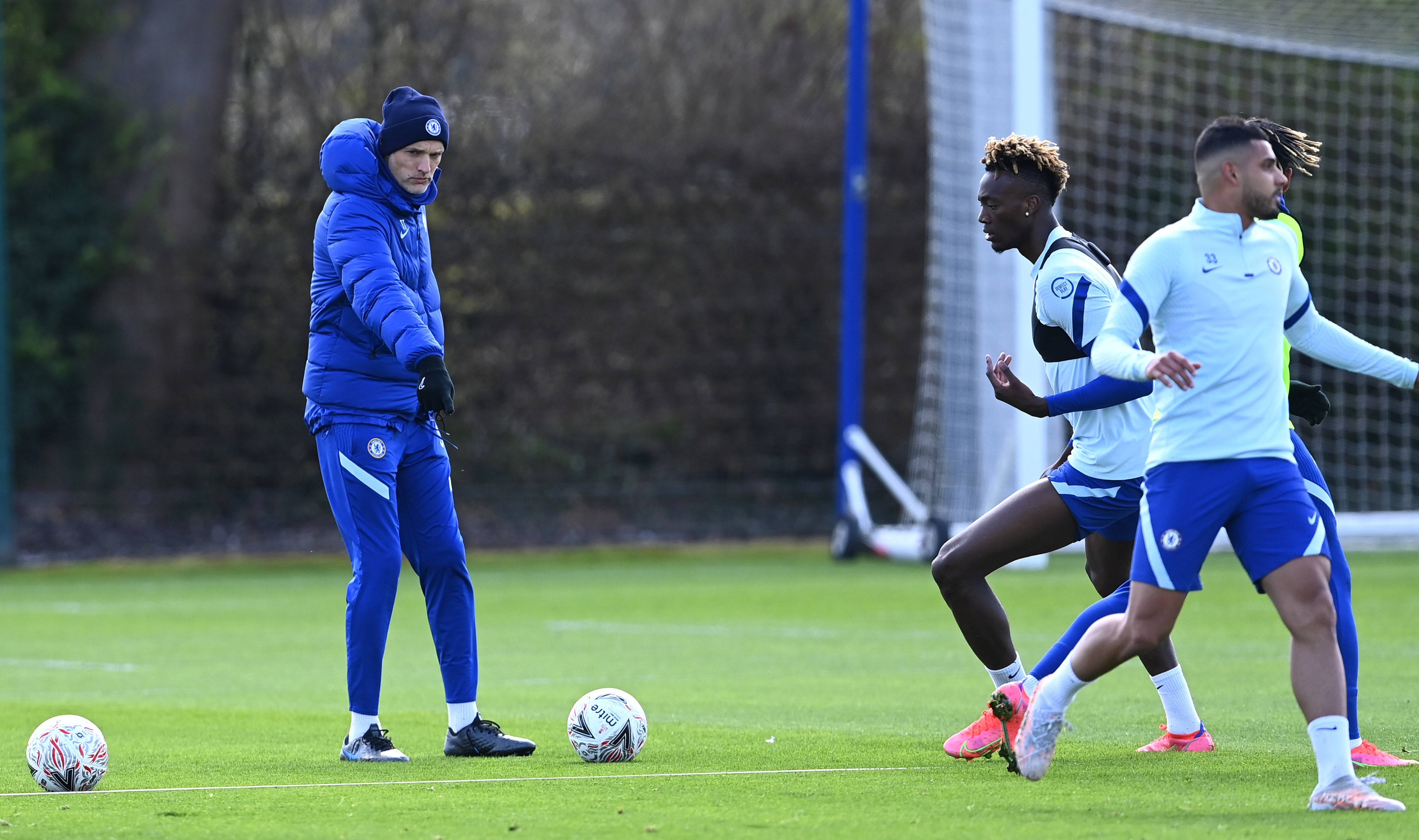 Despite being fully fit and the competition's top scorer with four goals in three matches – there was no place for him in Thomas Tuchel's picks.

And the Telegraph report that players were 'shocked' by his Wembley omission.

The striker has not featured for Chelsea since February 20 where he was subbed at half-time in a 1-1 draw with Southampton.

Abraham, 23, has been frozen out of the first-team picture after recovering from an ankle injury.

The striker was an unused substitute against Crystal Palace and in both Champions League quarter-final legs against Porto.

Abraham is understood to be upset at his lack of game time under Tuchel and could be ready to move on.

He was a fixture under former manager Frank Lampard, and scored 18 goals last season.

The England striker is still the club’s top scorer this season with 12 goals, despite being frozen out since Tuchel took charge in January. 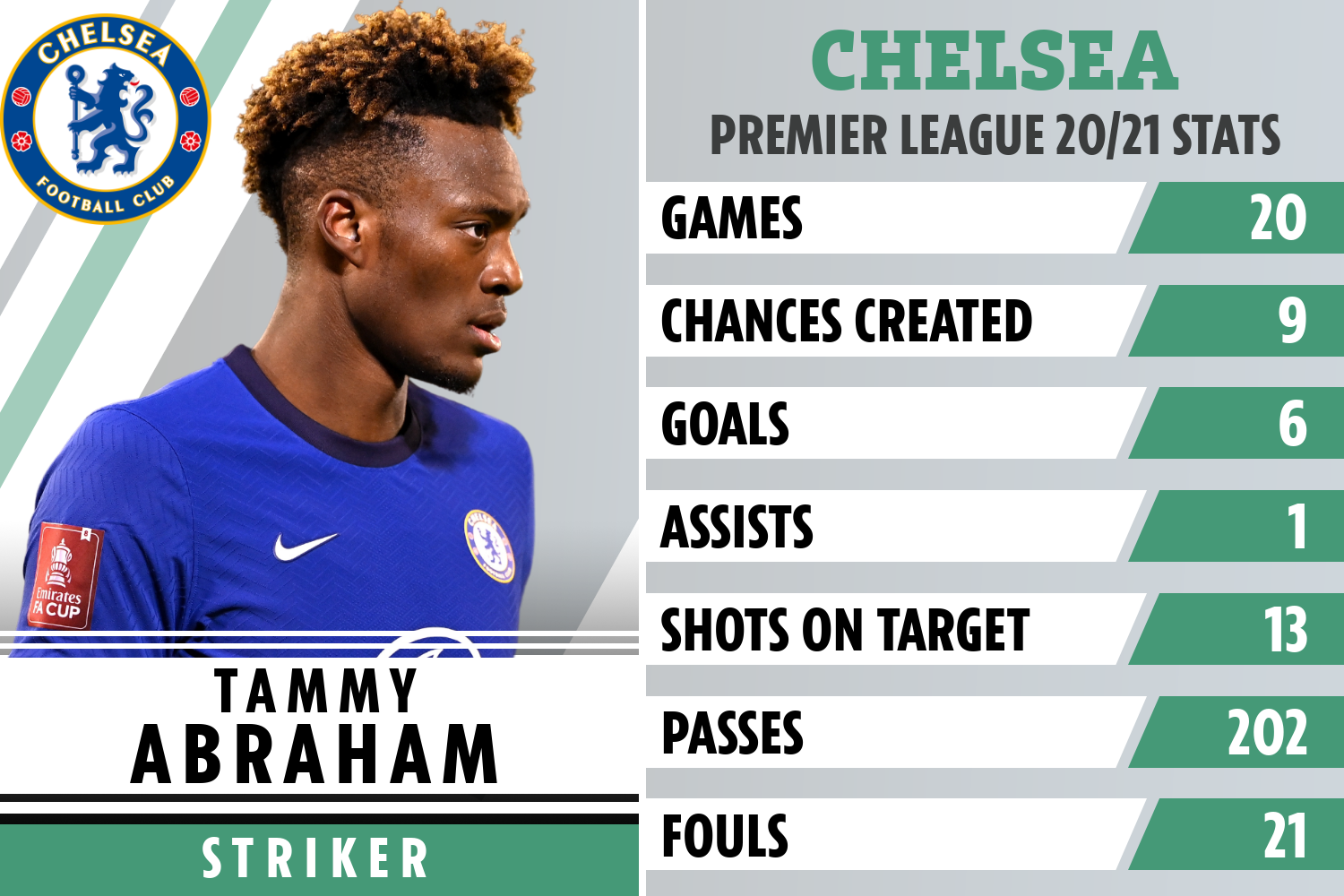 But the German warned Abraham, who faces missing out on a place in England Euro squad, that there is no easy way back into the Blues line up.

Tuchel said: “I don’t think he’s the top scorer since I arrived.

"So I can only judge what I see and what we have together from the first minute when I arrived.

“I have seen a bright young man in front of me. A guy who is self-confident, who has a lot of talent.

“But it cannot be that in a period of such good results that suddenly the guys who don’t play are the winners.

“This cannot be. Because first of all, you need to be in the squad and if you are in a winning squad, you have your part in this winning squad.

“And it cannot be that sometimes the people who don’t make it to the squad are in the end the winners, although the team is winning many games. This is not logical to me.

“We had some tactical changes he had to accept. We accept that he was injured.

"OK, so now it’s a difficult time to try things out because while he is injured the engine keeps on running."

Abraham's current deal expires in two years, but with Chelsea rumoured to be in the market for a new striker, there has been no talk of a contract extension.

Erling Haaland, 20, and Sergio Aguero, 32, and Romelu Lukaku, 27, are among the names the Blues have been linked with.

Tags: 'shocked&#x, Chelsea, Stars&
You may also like
Recent Posts