Home
Lifestyle
Carole Baskin And Doc Antle Are MIA From 'Tiger King' Reunion, And I Need To Know Why

Netflix’s latest hit TV series, Tiger King: Murder, Mayhem, and Madness, is back for one more episode on April 12, but there are a few cool cats and kittens noticeably absent from the show. Key cast members Carole Baskin, Bhagavan “Doc” Antle, and Joe Exotic’s husband Dillon Passage are MIA from the “Tiger King and I” special hosted by Joel McHale.

But… why aren’t they part of the Tiger King aftershow?

Turns out, Netflix didn’t ask them to participate.

Dillon, for his part, told Andy Cohen on Radio Andy that Netflix didn’t contact him to be a part of “Tiger King and I,” but he said that the show will be “like, a live-based episode, I believe. Kind of like a reunion.” 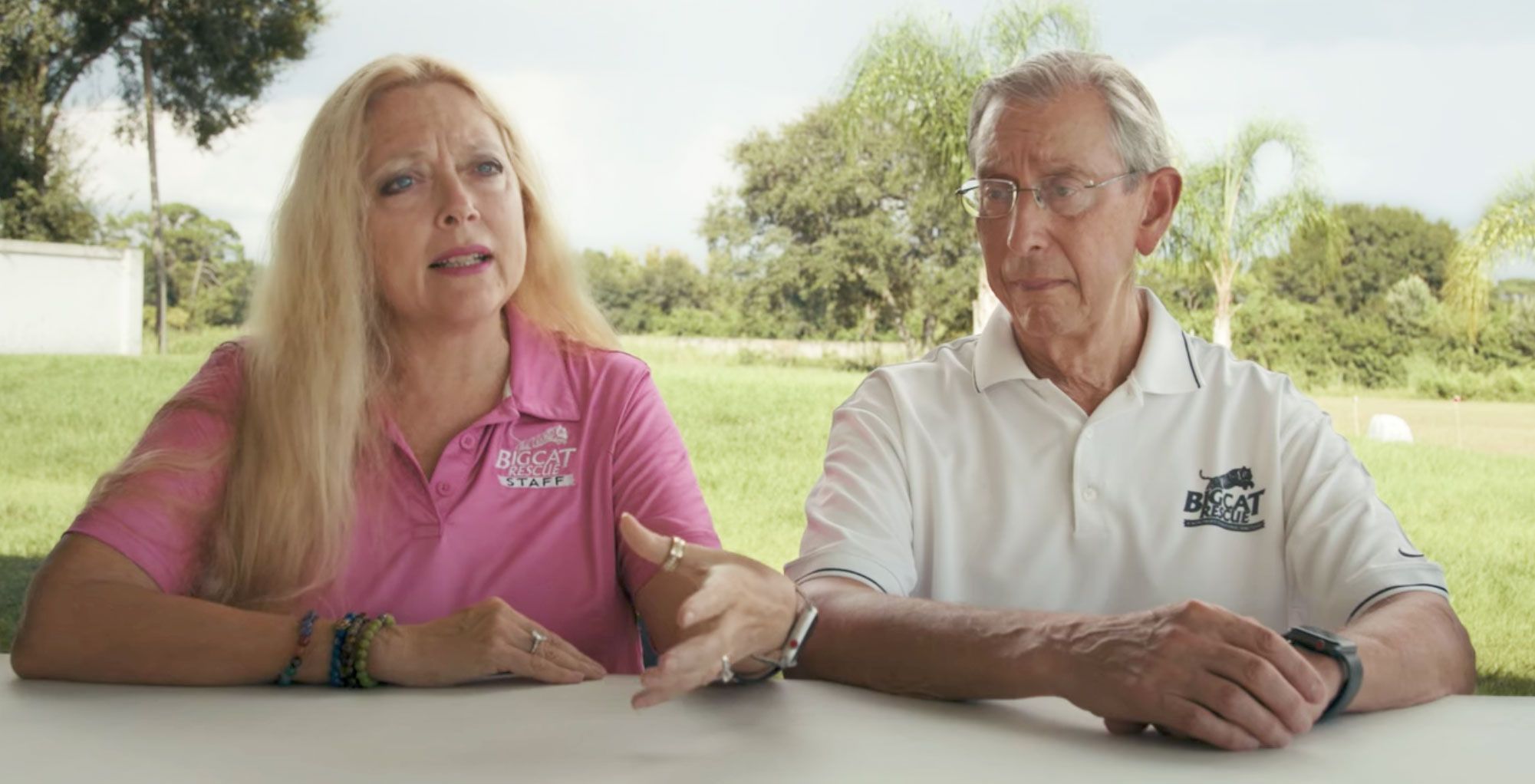 Carole Baskin—Joe Exotic’s longtime rival and owner of Big Cat Rescue—confirmed through a representative that she won’t make an appearance, either. “We have not been approached about a new episode and would not participate if asked,” Baskin’s rep told EW.

She also called the show “salacious and sensational,” and was particularly upset with its handling of the 1997 disappearance of her husband Don Lewis, implying she had something to do with it.

Meanwhile, Bhagavan “Doc” Antle, who runs The Institute for Greatly Endangered and Rare Species, (T.I.G.E.R.S.) in South Myrtle Beach, hasn’t said whether he’s appearing in the special, but based on the list Netflix released, and Doc’s public response to the show, it seems highly unlikely.

He slammed the show extensively on Instagram, writing, “Tiger King, the new drama series that debuted on Netflix last week, is not a documentary, it is quasi fictional drama, more focused on shock value and titillation than fact… The insinuation that TIGERS/ Myrtle Beach Safari is a cult that exploits, euthanizes and incinerates tiger cubs, is a reprehensible falsehood.”

So, who will be in the “Tiger King and I” special?

The new episode will feature Jeff and Lauren Lowe, John Reinke, Joshua Dial, John Finlay, Saff, Erik Cowie, and Rick Kirkman, according to a promo tweet from the streaming service.

“The colorful cast of characters will have a chance to tell their story directly, giving us inside info, opinions, and insight into the controversial, captivating series that has become a global sensation,” according to a statement from Netflix.

Well, everyone in said ~colorful~ cast, except Carole, Doc, and Dillon.

Tags: and, Antle, Ar, Baskin, Carole, doc
You may also like
Recent Posts