A Dark Emu documentary planned for the ABC is likely to go ahead, despite the criticism levelled at Bruce Pascoe’s acclaimed-and-now-disputed account of First Nations culture at the time of white settlement in a recently published book.

Sources close to the production say they are confident a show can be delivered “that deals with what’s previously not been dealt with” and an ABC spokesperson says there is no plan to abandon the project. 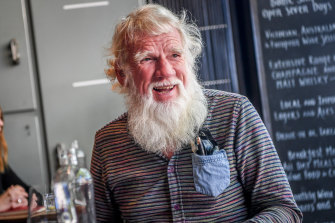 Bruce Pascoe, the author of Dark Emu, which has been enormously successful in reshaping perceptions of Indigenous life pre-colonisation. Credit:Justin McManus

However, it is understood that the shape of that show will be determined by Mr Pascoe’s response to Farmers or Hunter-Gatherers: The Dark Emu Debate, the book by anthropologist Peter Sutton and archaeologist Keryn Walshe that accuses Pascoe of being “broadly wrong” in his claim that some Indigenous Australians were practicing forms of agriculture at and prior to the arrival of Europeans.

Dark Emu, a two-part documentary series from respected production company Blackfella Films, was announced in October 2019, with the series to be co-written by Bruce Pascoe and the production company’s Jacob Hickey. The ABC was attached as the broadcaster.

But the show was still in pre-production when the pandemic struck, meaning no footage has yet been shot.

“This story would travel across the country, and we were in early stages of pre-production when COVID hit,” said Darren Dale, co-founder of Blackfella and an executive producer of the series. “That meant we couldn’t access any of the Indigenous communities, and even now we can’t start that again with any confidence.” 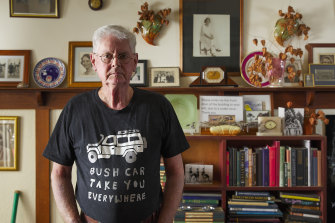 Indigenous-owned publisher Magabala Books reports sales of more than 300,000 copies of Pascoe’s book across two editions since 2014, and around 95,000 copies of Young Dark Emu: A Truer History, a version produced for younger readers. The spin-off book Dark Emu in the Classroom, written by Victorian geography teachers Simone Barlow and Ashlee Horyniak, has sold around 3000 copies.

It has always attracted criticism, though it has generally come from commentators on the Right. The work of Sutton and Walshe, respected practitioners in their fields, under the aegis of Melbourne University Press, carries a different weight.

Pascoe is understood to be working his way through their book at the moment, and his response will inform the creative direction of the series.

Dale claims the series was never intended as an “unfiltered” adaptation of Pascoe’s book.

“Any statement of fact we would include in the film would have to be able to be verified or have sources that we had gone to independent of Bruce’s book,” he said. “We have to provide the broadcaster with a transcript that has sources and is fact-checked. That’s normal practice, one of the delivery requirements for both public broadcasters.”

A spokesperson for the ABC said abandoning the project was not under consideration.

“The program is in pre-production only, due to extensive delays caused by the impact of COVID-19 restrictions,” the spokesperson said.

“The production team is still determining the basics of the documentary, including its content, approach and tone, so we are unable to comment further at this stage.”