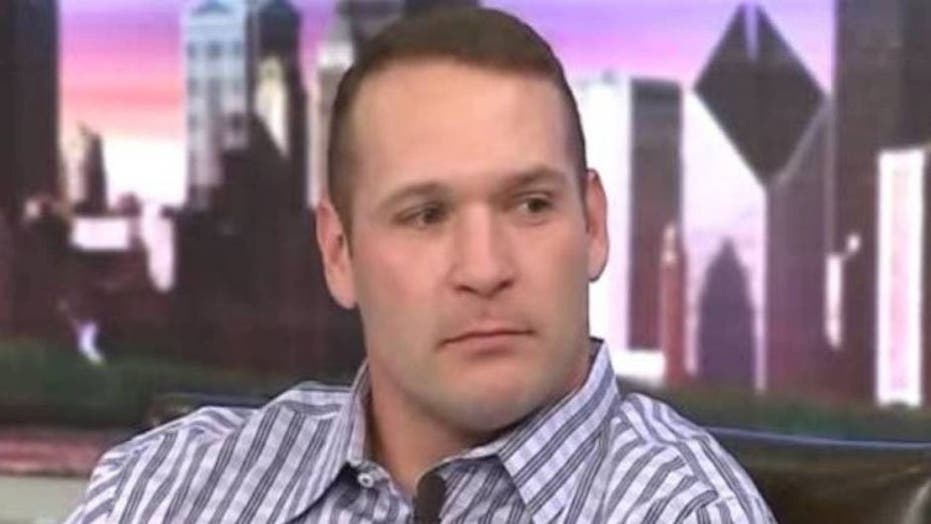 Pro Football Hall of Famer Brian Urlacher’s social media activity was blasted Thursday as he appeared to slam the NBA players’ strike over the Jacob Blake shooting and was caught liking a post in support of a 17-year-old suspect who allegedly shot protesters in Wisconsin.

On Thursday, he shared an image on his Instagram that read: “Brett Favre played the [Monday Night Football] game the day his dad died, threw 4 TDs in the first half, and was a legend for playing in the face of adversity.

“NBA players boycott the playoffs because a dude reaching for a knife wanted on a felony sexual assault warrant, was shot by police.”

He also "liked" another Instagram photo, which read: “Free Kyle Rittenhouse.” Rittenhouse was identified as the suspected gunman who crossed state lines and is alleged to have shot and killed two people during the unrest in Kenosha.

The Chicago Bears, Urlacher’s former team, disavowed his apparent stance on the matter.

“The social media posts in no way reflect the values or opinions of the Chicago Bears organization,” the team said in a statement, according to Pro Football Talk.

Urlacher’s former teammate Matt Forte said the former All-Pro linebacker’s message was “void of empathy, compassion, wisdom and coherence. But full of pride and ignorance,” according to the Chicago Sun-Times.

New Orleans Pelicans player Josh Hart chimed in, tweeting “dude had one too many concussions.”

Blake was shot during an incident Sunday, causing several nights of violent unrest in the city.

The Wisconsin Department of Justice (DOJ) announced Wednesday night that Blake had a knife on the floorboard of his car when he was shot by police. A knife was recovered from the driver's side of the SUV, the agency said. It did not say whether Blake was holding the knife when he was shot.

NBA PLAYERS STRIKING OVER JACOB BLAKE SHOOTING 'ARE STARTING SOMETHING FOR THE NEXT GENERATION,' CHRIS WEBBER SAYS

Blake, 29, admitted to having the knife during the investigation, officials said. No other weapons were recovered.

According to a Wisconsin DOJ news release, officers responded to a domestic dispute after a woman reported her boyfriend was unlawfully on the premises. Officers attempted to arrest Blake and a Taser was used, but it did not subdue him, authorities said.

Officers were not equipped with body cameras, despite city leaders unanimously approving a plan in 2017 to purchase the devices in an effort to increase transparency and police accountability.

Lawyers for Blake's family said Tuesday that he is partially paralyzed from the shooting.

Tags: Brian, Over, po, slammed, Urlacher
You may also like
Recent Posts