Home
Lifestyle
Brandi Glanville Hospitalized for Mystery Infection: 'I Could Lose a Limb'

A scary situation. Brandi Glanville revealed that she is in the hospital undergoing treatment for a mysterious infection seemingly caused by a bite on her hand.

Former ‘Real Housewives of Beverly Hills’ Stars: Where Are They Now?

“Hey guys yes I was admitted to the hospital yesterday and I have amazing first responders taking care of me!” the Real Housewives of Beverly Hills alum, 48, wrote via Instagram on Wednesday, August 4, alongside a selfie that showed her in a hospital room. “We are not exactly sure what we are dealing with we believe it may be an infected spider bite 💗 More tests to run.”

The reality star previously shared two photos of her swollen left hand via Twitter on Tuesday, August 3, and said that she went to the emergency room to get checked out.

“I think I got bit by something in the night!” she captioned the first photo. “I have so much to do today I’m not sure I can go to the doctor.”

From ‘Housewives’ to ‘Hills,’ Relive the Biggest Reality TV Feuds

A few hours later, however, she changed her mind. “My little piggy hoofer has an infected bite of some kind (not human) spending my day at ER,” she tweeted. “I wanted to leave but they said I could lose a limb so I’m chilling — ON A TUESDAY!!!!”

Plenty of Glanville’s friends and followers wished her well in the comments of her Instagram post. “Hoping for quick healing!” wrote Cassie Scerbo. “Please be safe queen so glad you went to see a doctor!” added one fan.

The Drinking and Tweeting: And Other Brandi Blunders author suffered another health scare last year when a psoriasis treatment left her with second-degree burns on her face. The incident happened in December 2020, but she didn’t publicly speak about until March, when an Australian TV appearance left critics wondering if she’d had plastic surgery. 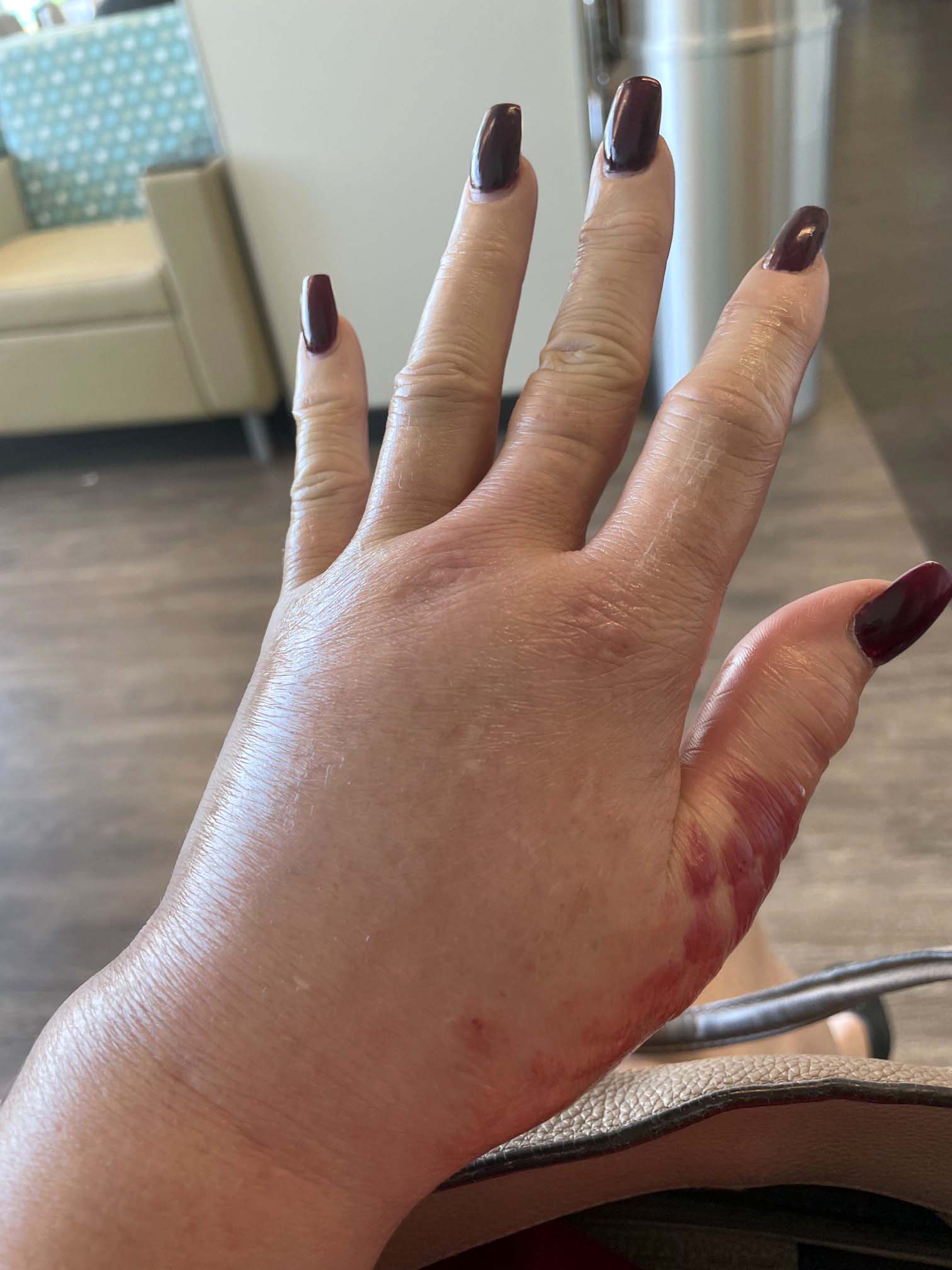 “So this happened to me in December 2nd degree burns all over my face from an accident with a psoriasis light I am still healing & really didn’t want to share these photos but since @DailyMail is attacking my looks here is the 411,” she tweeted, sharing a picture of her face after the accident.

“Honestly it’s not something I wanted out there or I wanted to share all and it was so depressing but I just feel like I have to defend myself,” she continued. “I’m still healing.”

In another tweet, the California native explained that the accident happened because she pointed the light treatment at her face for much longer than she was supposed to. In addition to the facial burns, her “retinas were burned” and her “eyelashes burned off.”

She added that the mishap was “completely my fault, it was supposed to help the psoriasis that was overtaking my face from stress.”

Tags: Brandi, Glanville, hospitalized
You may also like
Recent Posts