She’s gonna BLOW! Terrifying book reveals how half a billion people live close to the planet’s 1,500 active volcanoes that are like unruly toddlers

Are we in the right mood just now for reading about natural disasters? Actually, it’s when you think things can’t get any worse that a book explaining just how much worse they can get is genuinely bracing, like a cold-water swim on an early spring day.

You might lose all feeling in your body after ten minutes, but I’m not sure that’s entirely a bad thing.

Science writer Ellen Prager’s latest is about the ferocious natural power of the planet Earth and how little we truly know about it. 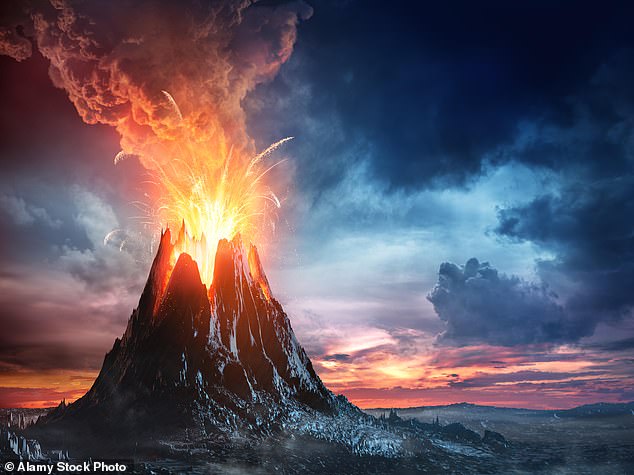 Marine scientist and science communicator Ellen Prager explores how half a billion people like close to the world’s 1,500 active volcanoes

Prager writes about hurricanes and earthquakes and tsunamis and volcanoes and, fuelling all these horrors, she is also writing about climate change, which suggests that just about the only thing we as mankind have actually done about hurricanes, earthquakes, tsunamis and volcanoes is to make them worse. Just reading this book makes me want to self-isolate.

‘More than half a billion people live dangerously close to the world’s 1,500 active volcanoes.’ Aaargh!

‘Each volcano is an individual; much like people, no two are exactly alike and they change over time.’ Some appear to be dead but are just dormant, and one or two appear to be dormant but are secretly bubbling up for the big one.

Because they’re volcanoes and full of magma, they’re hard to measure and evaluate, and because they’re all different, you can’t extrapolate the behaviour of one volcano from the behaviour of another. They’re a bit like toddlers: one will cry for no reason at all while another looks on bemused. Huge, devastating, astoundingly destructive toddlers.

Prager’s technique in each chapter is to tell us what is known scientifically and what is as yet unknown.

So why do some tsunamis become monsters and others peter out, when they might be created by earthquakes of similar magnitude on the ocean floor? No one knows. When will the next earthquake strike? More shaking of heads by the men in white coats. 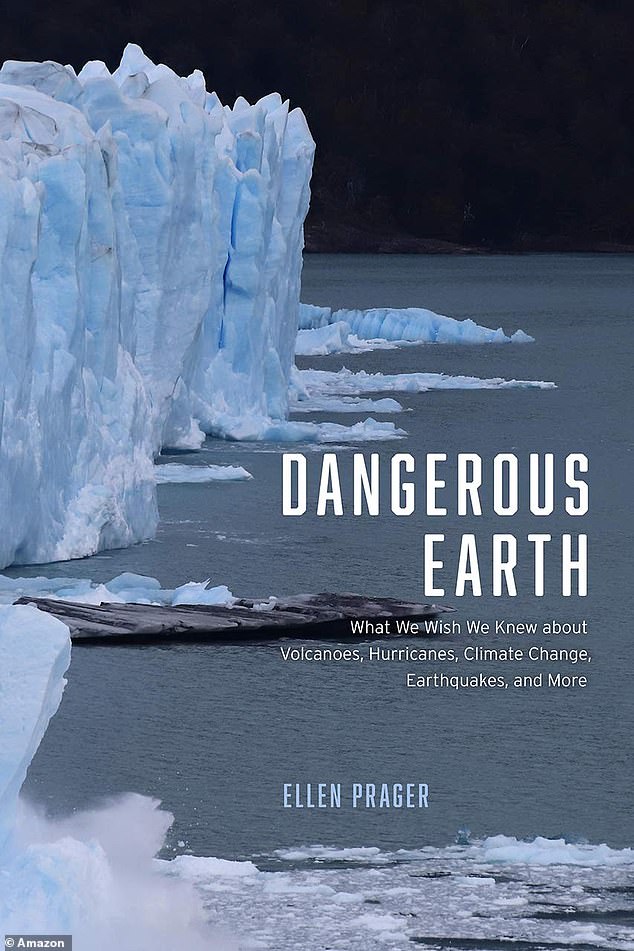 ‘Some scientists believe that earthquakes are so chaotic and the processes involved so complex that we will never be able to accurately predict them.’ It’s a little like the weather, which can only be predicted with any certainty five days in advance, because after that the maths becomes so complex there’s no unravelling it.

Prager writes best and most convincingly, though, on climate change, which she assures us is definitely happening, even if we hadn’t yet spotted it for ourselves. She quotes the director of the National Snow and Ice Data Center: ‘Antarctica is a sleeping elephant that is starting to stir. When Antarctica fully wakens, it will likely be in a very bad mood.’

Her descriptions of the speed with which the whole continent is melting are terrifying. How much of it will melt? How fast? And how fast will sea levels rise?

Again, we don’t know, and we’d very much like to know. But that this will happen is a given. What we don’t know yet is just how bad the consequences will be.

Climate change deniers, whose existence Prager must acknowledge even though they are the 21st-century equivalent of flat-earthers, will say that the Earth has warmed up and cooled down many times in the past, and this is just a natural process.

But it’s not the rise in temperature that is the issue. It’s the rate of rise in the temperature. Temperatures in the northern hemisphere were actually falling until about 100 years ago, and since then they have risen far faster than has ever been seen before, as fast in a hundred years as you’d expect in 1,000 years.

And the rate has sped up terrifyingly since the millennium — 739 gigatons of ice have been lost from Greenland since 2000.

The thickness of the ice in the Arctic declined by 65 per cent between 1975 and 2012. You’ll read this segment with your fist in your mouth, silently screaming.

Why scientists are so scared is the possibility of a chain reaction, when the process of global warming becomes unstoppable. The permafrost in Alaska and northern Russia and the top of Scandinavia is starting to melt.

Sometimes it’s thin, no more than a metre deep; sometimes it goes down a thousand metres.

There are 23 million square kilometres of permafrost, much of which has been frozen for thousands of years. And within it are the well-preserved corpses of many, many animals.

When they melt, microbes will start eating them and turn them into greenhouse gases (methane, carbon dioxide). How many animals are down there?

‘Scientists estimate that the amount of organic matter frozen in permafrost represents more total carbon than is in the atmosphere today.’

I’ve just locked the front door and I’d advise you to do the same.

Tags: a, billio, Book, half, How, reveals
You may also like
Recent Posts