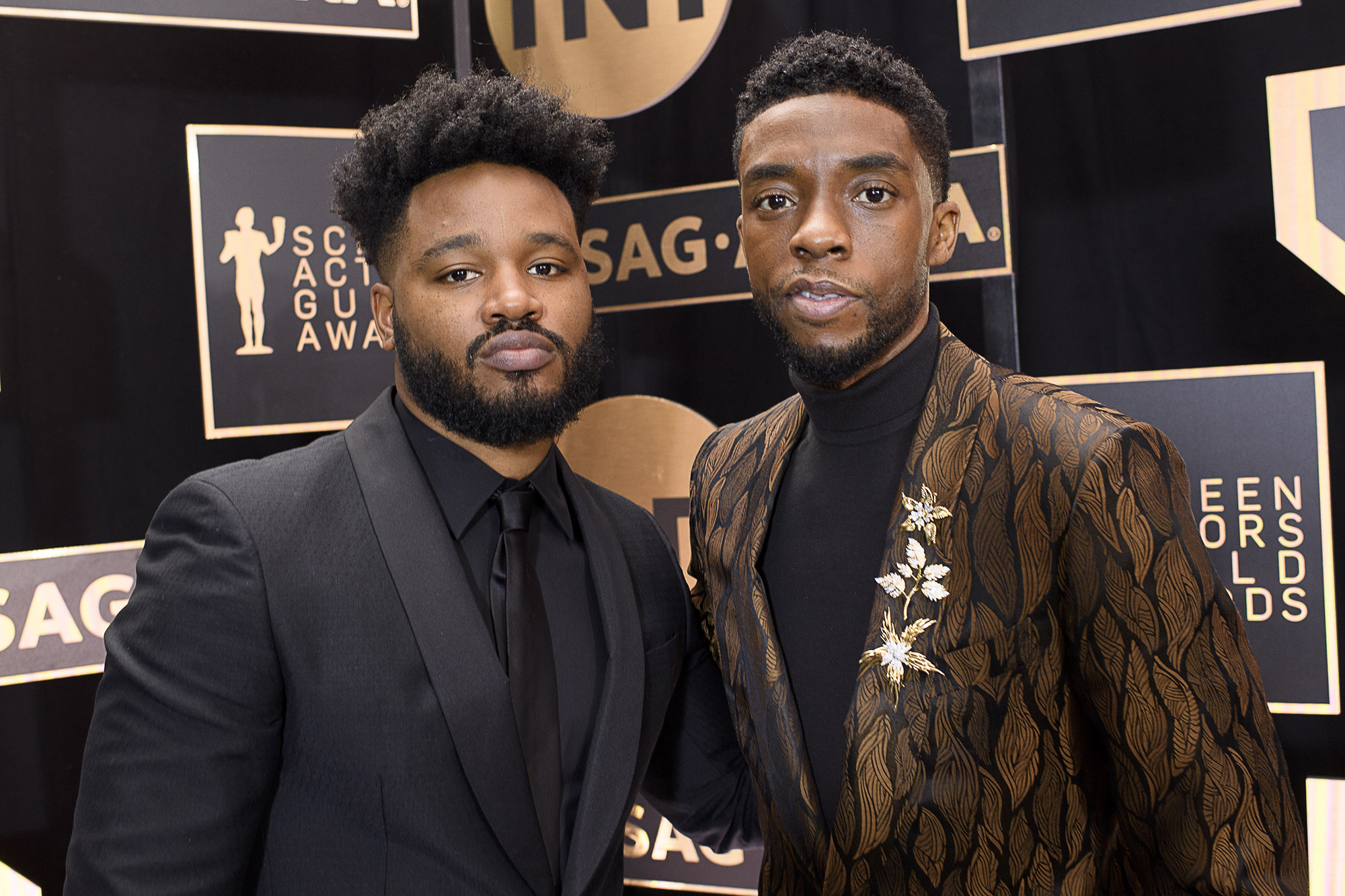 Remembering a legend. Two years after, Chadwick Boseman’s unexpected death, filmmaker Ryan Coogler is looking back at their final memories together.

“My last conversation with him was calling to ask if he wanted to read [the script] before I got notes from the studio,” the Black Panther director, 36, recalled during the debut episode of the “Wakanda Forever: The Official Black Panther” podcast, which dropped on Thursday, November 3. “That was the last time we spoke. He passed maybe a couple weeks after I finished [writing Black Panther: Wakanda Forever].”

Coogler remembered that the South Carolina native seemed “tired” during their phone conversation, noting that he and Denzel Washington had been “trying to get a hold” of Boseman for several days to no avail.

“I texted him [and said], ‘Denzel’s looking for you too.’ … So, he called me, and I could tell he was laying down when we were talking,” Coogler somberly told podcast host Ta-Nehisi Coates, who wrote the original Black Panther comics, on Thursday. “Simone [Ledward, his wife] was with him and he kicked Simone out because he told her he didn’t want her to hear nothing that could get him in trouble with his NDA and she didn’t want to leave, so I could tell something was up.”

Everything to Know About ‘Black Panther: Wakanda Forever’

The Oakland, California, native reminisced that Boseman was “joking and laughing” before asking about his upcoming South Carolina wedding plans and the arrival of his son, now 2, with now-wife Zinzi Evans. After their check-in, the Golden Globe winner ultimately decided not to read Coogler’s script because he was “too tired.” 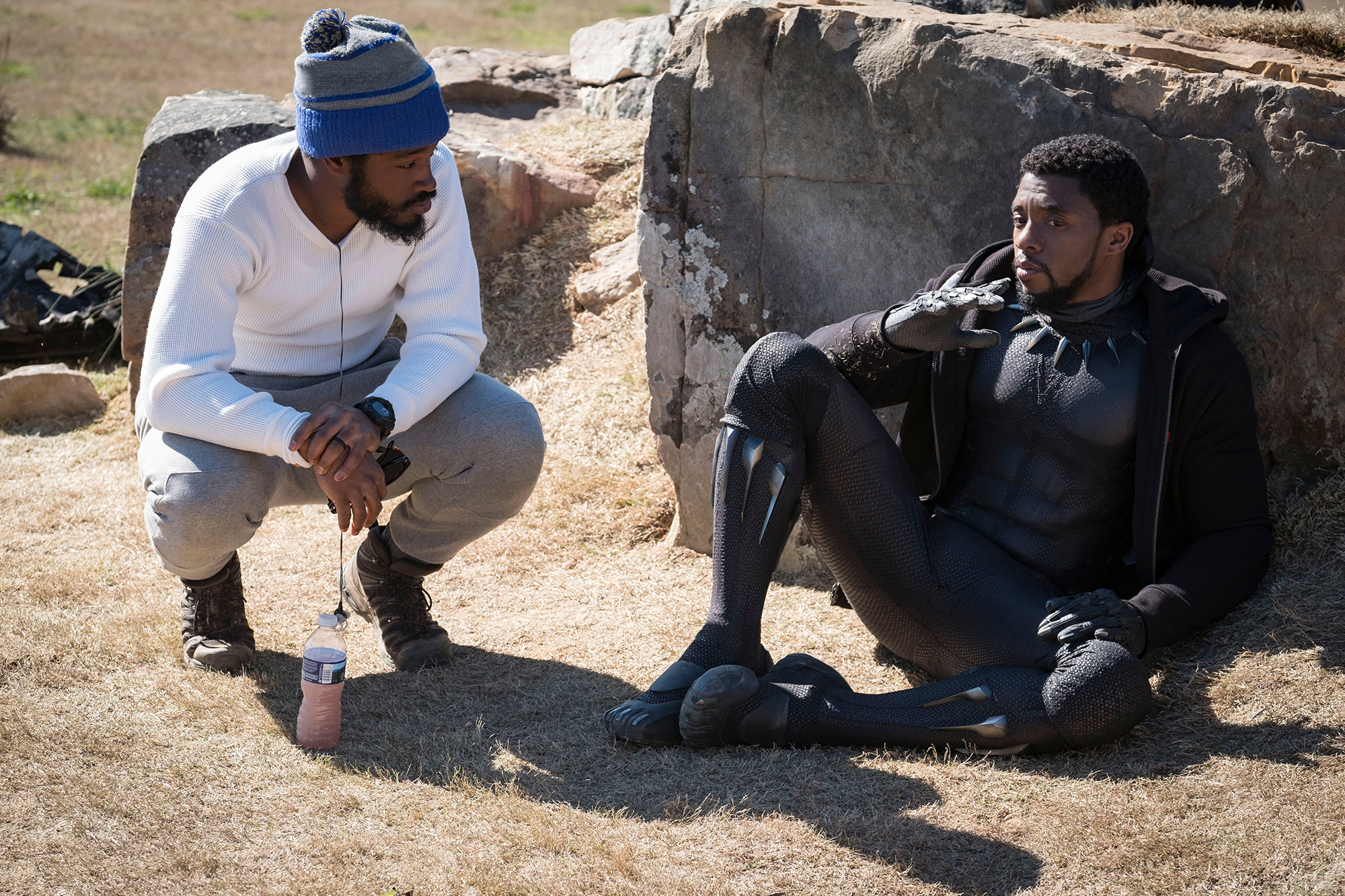 Coogler initially planned to feature Boseman’s Black Panther in the Wakanda Forever sequel and do a “deep-ish dive into this guy,” however the actor’s death affected production. Instead, the film — which premieres in theaters later this month — will see the country of Wakanda grieve the loss of T’Challa as a new hero takes on the superhero mantle.

Us previously confirmed in August 2020 that the 42 star had died at the age of 43 after a secret battle with colon cancer.

“It is with immeasurable grief that we confirm the passing of Chadwick Boseman,” a statement released via his Instagram read at the time. “A true fighter, Chadwick persevered through it all and brought you many of the films you have come to love so much. From Marshall to Da 5 Bloods, August Wilson’s Ma Rainey’s Black Bottom and several more, all were filmed during and between countless surgeries and chemotherapy. It was the honor of his career to bring King T’Challa to life in Black Panther. He died in his home, with his wife and family by his side.”

Coogler, for his part, was reeling when he learned the news. “I was at [my] house. I got a call from [my manager] Charles King,” the Creed director said during the Thursday podcast appearance. “He called and told me, and I didn’t want to believe it, so I called Denzel, and I spoke to him, and we thought it might be a rumor, so I texted Chad, because you go through that denial.”

Coogler, who reworked Wakanda Forever as a tribute to his late pal, noted on Thursday that Boseman had been battling cancer the entire duration of their friendship. “Everything about Chad was unique and how he lived and how he died was also unique,” he remarked. “Looking back, I realize that my man was dying [while we shot the first film] and it’s, like, I can’t quit [now because] if he did all that, [then I can keep going]. This is just grief, we gotta push through.”