At least two dead after Tesla accelerates through a city in China.

Tesla said it will assist a police probe into a fatal crash that was caught on security cameras in Guangdong province on Nov. 5.

In the video that has been posted to YouTube and other social media, a Model Y can be seen pulling onto a two-lane road in an urban area of Chaozhou and accelerating through traffic to tremendous speed as it passes by several cameras.

It strikes a bicyclist and several motorized vehicles along the way before it skids off the road and crashes about a half-minute later.

Two people were reported dead and three injured, according to Reuters. 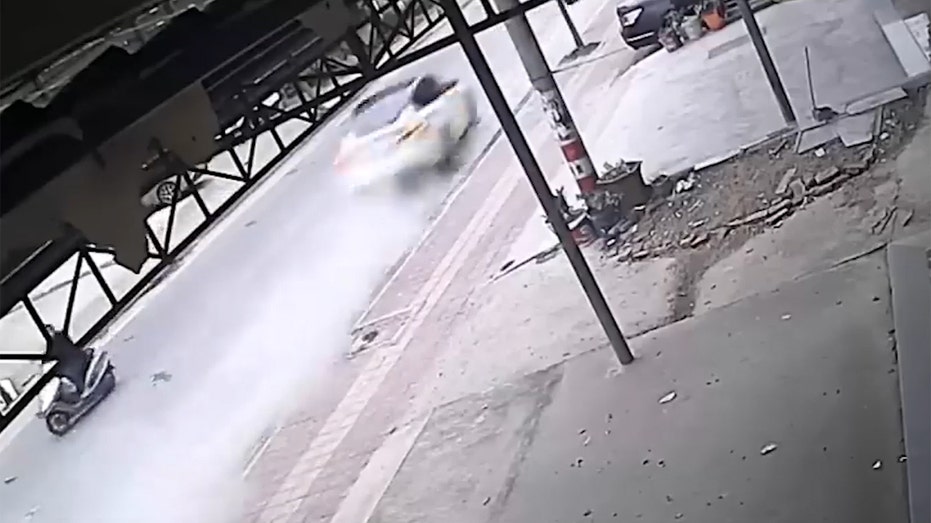 A camera captures the Tesla Model Y speeding down a street in China.

The cause of the acceleration has not been determined, but a traffic police officer was quoted by Jimu News saying that a relative of the 55-year-old driver said he had difficulty with the brake pedal as he pulled to a stop in front of his store.

In an interview with local news outlet Dahe Daily, the 55-year-old driver, Zhan, who said he was a former truck driver, said he tried pressing the brake pedal and the emergency parking brake button, but with no effect.

"Police are currently seeking a third party appraisal agency to identify the truth behind this accident and we will actively provide any necessary assistance," Tesla China told Reuters on Sunday, cautioning against believing "rumours." 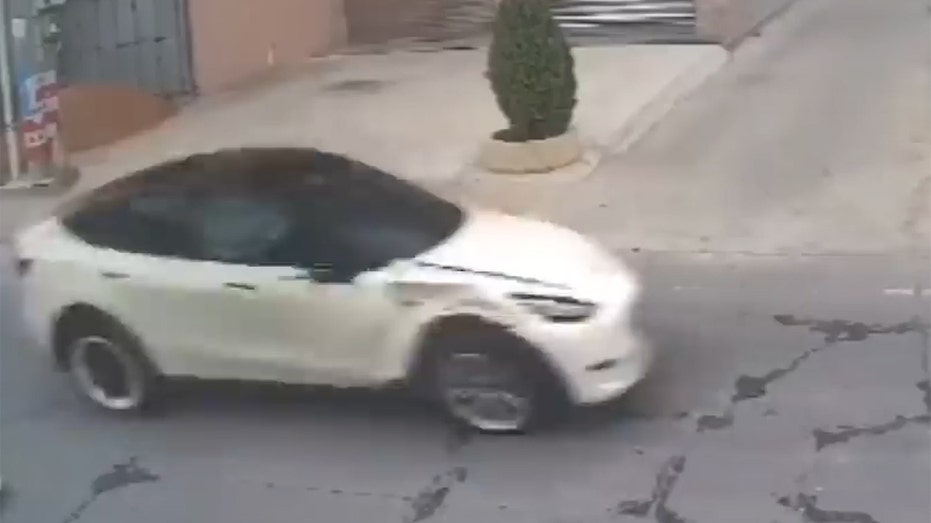 Tesla pointed out to Daje Daily that the vehicle's brake lights were not illuminated the entire time in the video and that data retrieved from the vehicle indicated that the pedal was not being applied during the incident and that the emergency parking brake button was tapped four times. The Tesla Model Y owners manual says the button needs to be pressed and held to be used as an emergency brake.

Tesla CEO Elon Musk, who acts as the automaker's primary spokesman in the U.S., has not commented on the incident on Twitter, which he recently purchased after years of using it as an outlet for releasing information on the automaker.