Ben Affleck’s smirk says it all as he leaves J.Lo’s house in the morning

A timeline of Jennifer Lopez and Ben Affleck’s complicated relationship

Ben Affleck’s dad appears to be the last person to find out his son has rekindled his romance with Jennifer Lopez.

Timothy Affleck told The US Sun on Friday that he had “no idea” the once-engaged couple were back together after 17 years apart.

“Of course I’ve heard of her,” he said. “But I’d no idea about any of this. I talk to my kids about their lives when I see them, and they share with me what they want to share.”

The 77-year-old, who is also father to actor Casey Affleck, said the COVID-19 pandemic has prevented him from seeing his children, suggesting that’s why he might be out of the loop.

“I haven’t seen my kids in so long, what with their work and COVID,” Timothy explained.

He also said reports that Ben, 48, had been pining for Lopez, 51, long before their reunion are totally false.

“I’ve never heard of all that nonsense,” Timothy insisted. 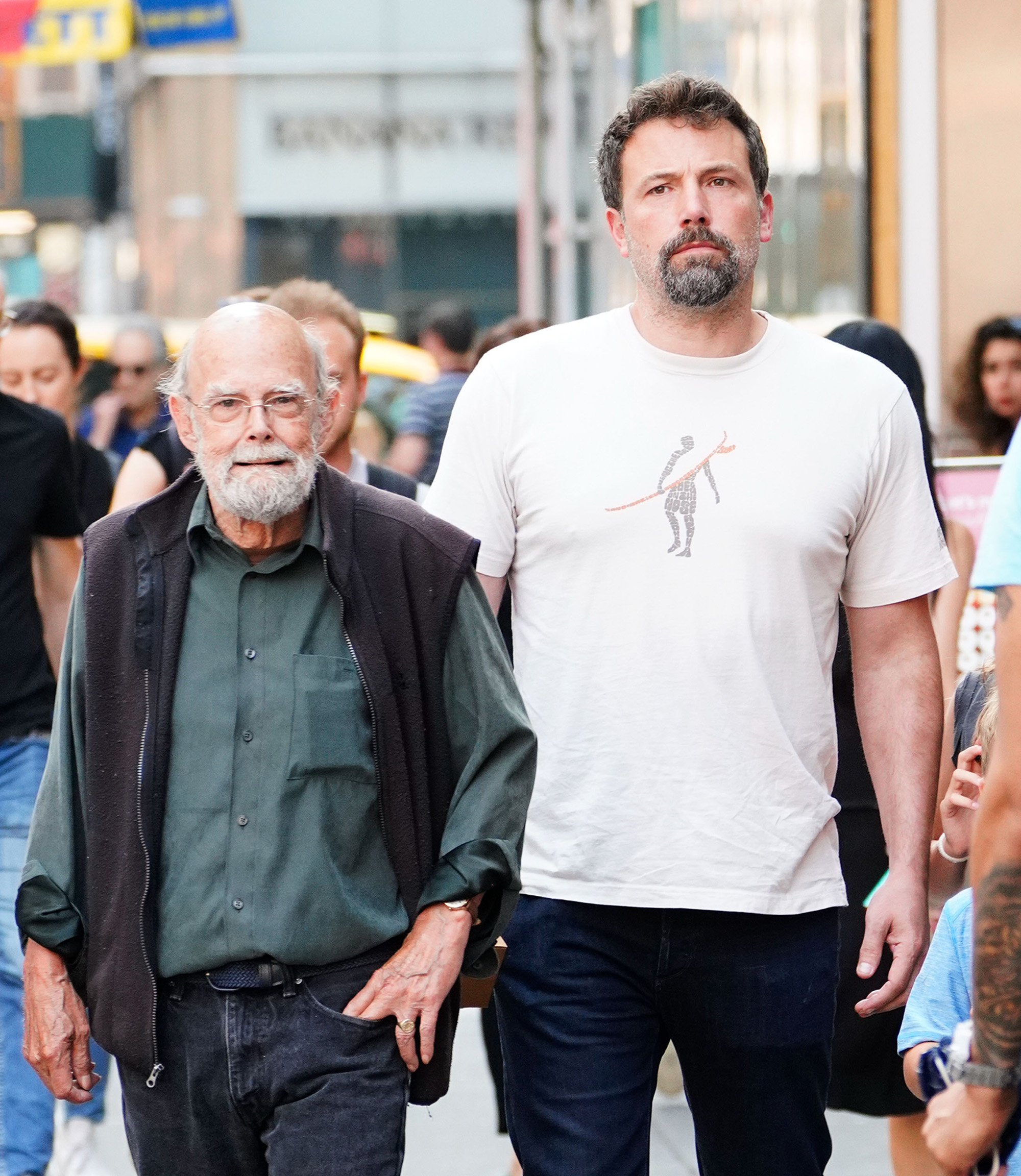 The “Argo” star and “On the Floor” singer were first spotted together in April after she ended her engagement to Alex Rodriguez. The on-again couple — who haven’t confirmed their reunion themselves — have been nearly inseparable ever since, jetting off to Montana and Miami, where they holed up together at a rental property.

The “Gigli” co-stars met back up in Los Angeles after their Miami rendezvous and were photographed packing on the PDA while heading into the Pendry Hotel.

“They were very affectionate, very cuddly,” an insider shared of their date night. “He had his arm around her the whole time.”

Their dates appear to be very successful, as the Oscar winner was recently spotted with a satisfied smirk on his face as he left Lopez’s house after spending the night.

Tags: Affleck’s, Ben, dad, had
You may also like
Recent Posts