TONIGHT Barcelona could be knocked out in the group stages of the Champions League for the first time in 20 years.

Providing Benfica beat Dynamo Kiev at home, Xavi's side will need to defeat the German champions in their own stadium if they wish to advance to the last 16. 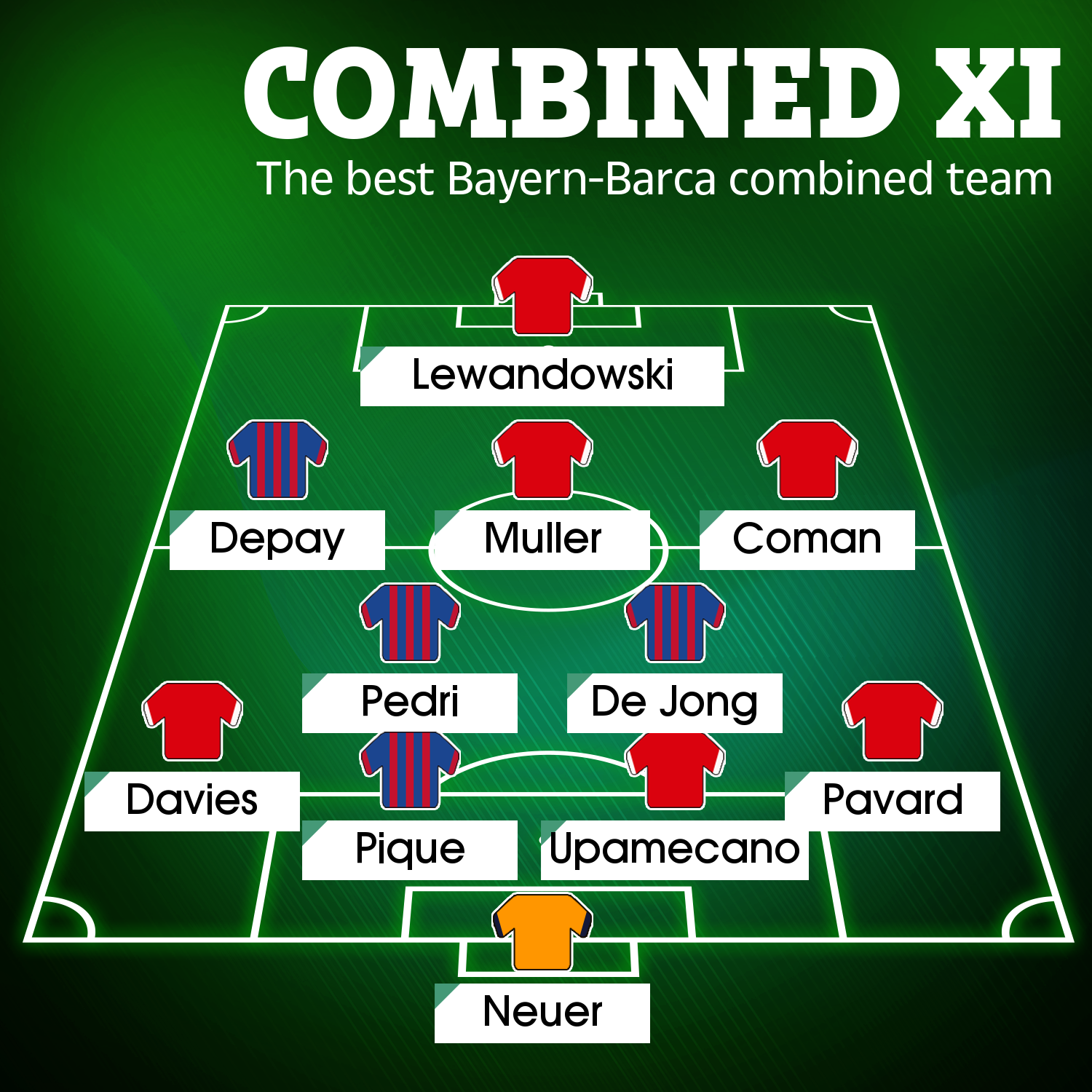 If they are to be dumped out of the Champions League by Bayern, it will plunge the Catalan giants into even more financial turmoil.

But it is not just off the pitch where a crisis needs to be averted.

There is no better example of the terrible period Barca are facing than the lack of quality in their current starting line-up.

When considering a combined XI between the two European giants, it is clear Bayern have the overwhelming majority.

Among those in the back five, only long-serving Barca centre-back Gerard Pique makes it into the defence from the Spanish outfit.

Manuel Neuer, Alphonso Davies, Dayot Upamecano and Benjamin Pavard are all of superior quality than what Barca have to offer.

Most read in Champions League

At the base of the midfield is perhaps where Xavi's men remain strongest with teenage prodigy Pedri alongside Dutch talent Frenkie de Jong.

But in the attacking areas it is once more almost entirely about the Bayern stars.

Former Manchester United and Lyon man Memphis Depay is the only forward who would get anywhere near Bayern's team.

The Bundesliga titans boast a host of creativity in the final third – none more prominent than France Football's Striker of the Year Robert Lewandowski.

Julian Nagelsmann's side also have the ever-present German Thomas Muller and the scorer of their 2020 Champions League final winner Kingsley Coman.

There are also a number of players on Bayern's bench who are unfortunate not to make it into a combined XI.

The strength in depth that Bayern offer is unparalleled when you look at the current Barca squad.

But new manager Xavi remains optimistic that his side can go to Germany and get a result.

He said: "It's in our own hands and we'll give it everything we've got. After the game, we'll see.

"I don't see it as a miracleIt's one game and we can beat any opponent."

Tags: Barcelona, Bayern, com, Munich, vs
You may also like
Recent Posts