BEAUTY is in the eye of the beholder.

Arsene Wenger would have thought this blasphemy. 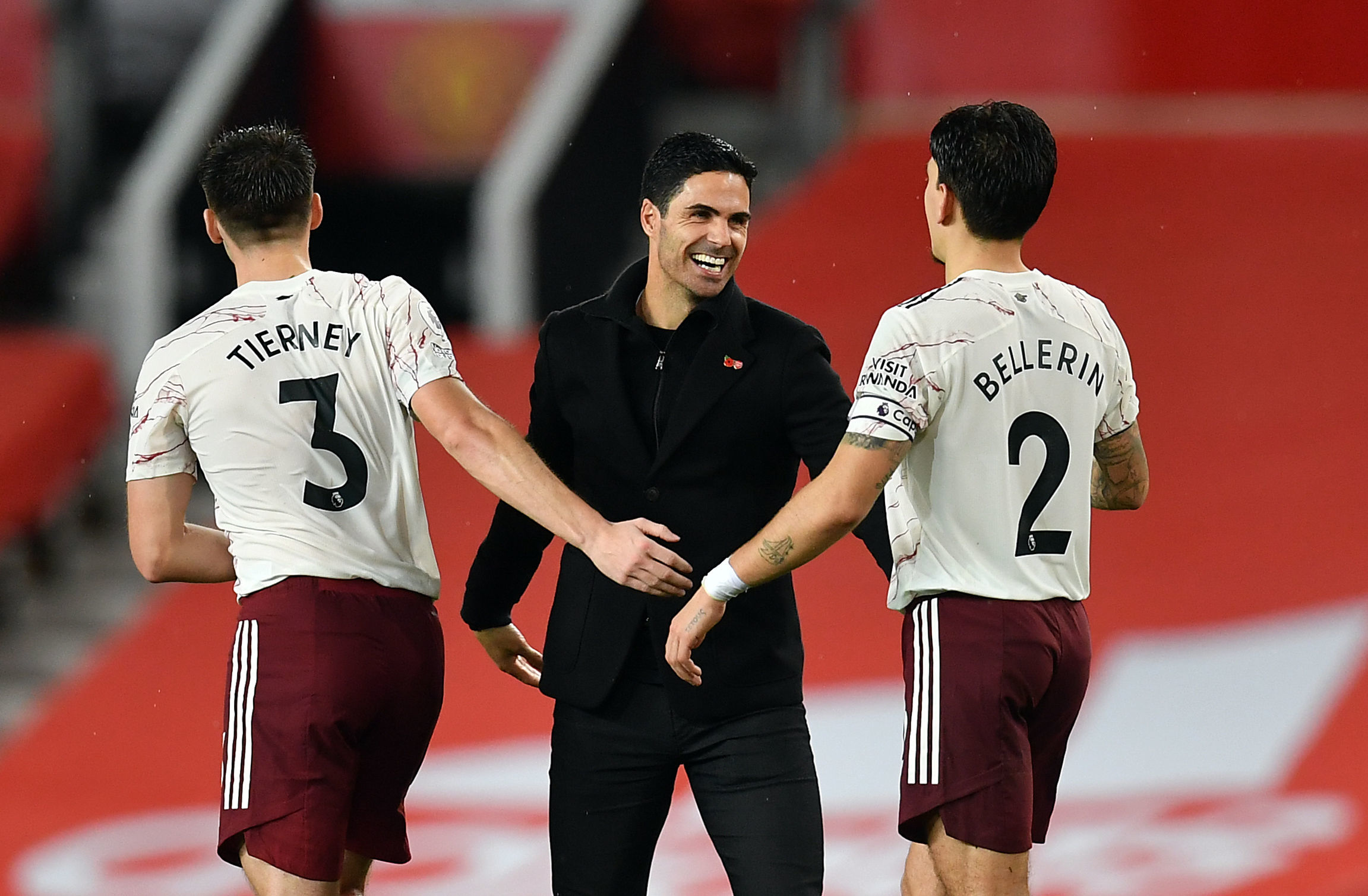 George Graham would have considered it a glorious masterpiece.

Either way it was 1-0 to the Arsenal – and a landmark victory for Mikel Arteta.

The Gunners defeated one of their Big Six rivals away from home in the Premier League for the first time in 30 attempts.

They pressed hard, they worked dirty, they won ugly and they nicked it with a penalty.

Then they held on to what they had earned with a 6-3-1 formation.

And that midfield three consisted of two out-and-out holding players and Bukayo Saka, who played left-back for England last month.

The manner of this Arsenal victory would have been unthinkable during the last decade of Wenger’s reign.

The old professor abandoned this kind of gameplan after Arsenal had United on penalties in the 2005 FA Cup Final at Cardiff, following a goalless draw. 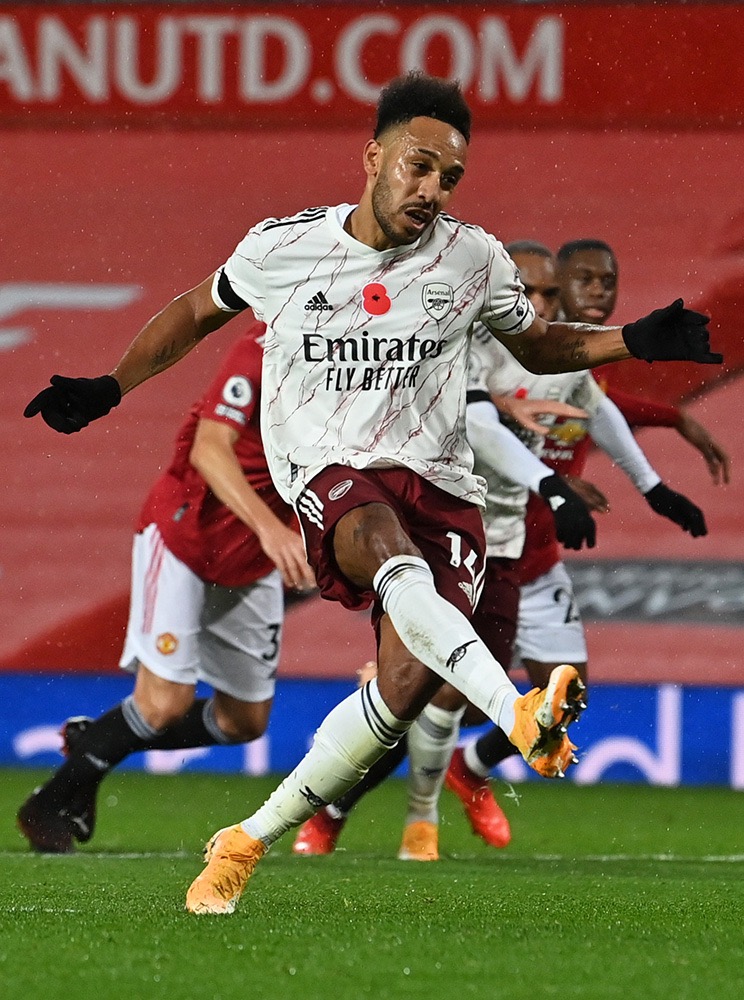 Wenger was appalled by that match – Patrick Vieira’s last in an Arsenal shirt – then spent the rest of his tenure searching in vain for gorgeous, artistic perfection.

In ten months under the Spaniard, they have now defeated United home and away, Liverpool three times out of four, and Chelsea and Manchester City in the FA Cup at Wembley.

That is a decent body of work – even though Pierre-Emerick Aubameyang’s decisive penalty was their first Premier League goal in four-and-a-half-hours.

This was Arsenal’s first league win at Old Trafford in 14 years and it should be a mood-shifting result for Arteta after an indifferent start to the campaign.

It seems that there is no such thing as momentum for any club in the Premier League this season.

United thought they might have found some after the 5-0 midweek thumping of Bundesliga leaders RB Leipzig.

It seems as though Ole Gunnar Solskjaer’s side are currently on course to win the Champions League in style and narrowly avoid relegation to the Championship. 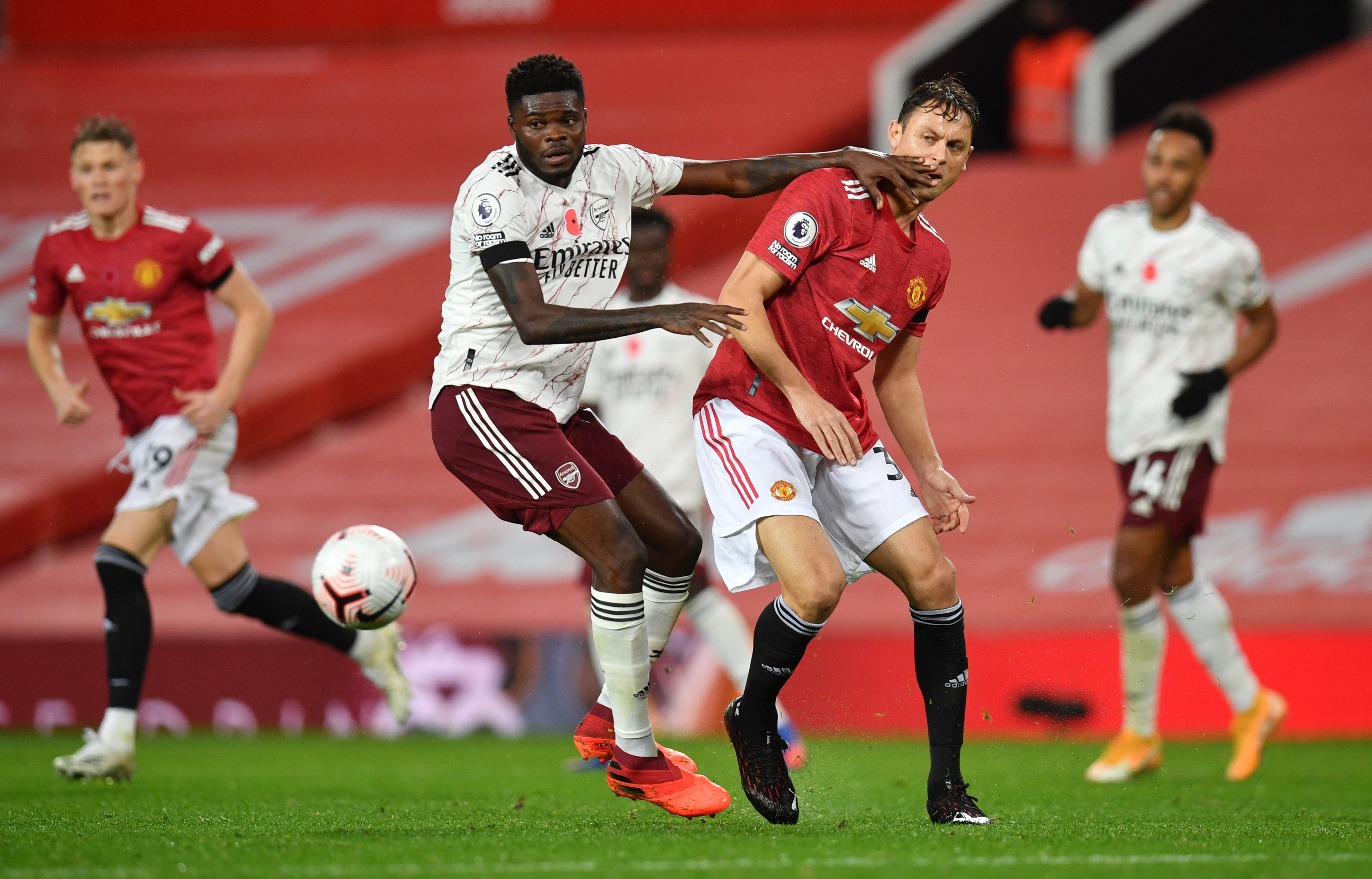 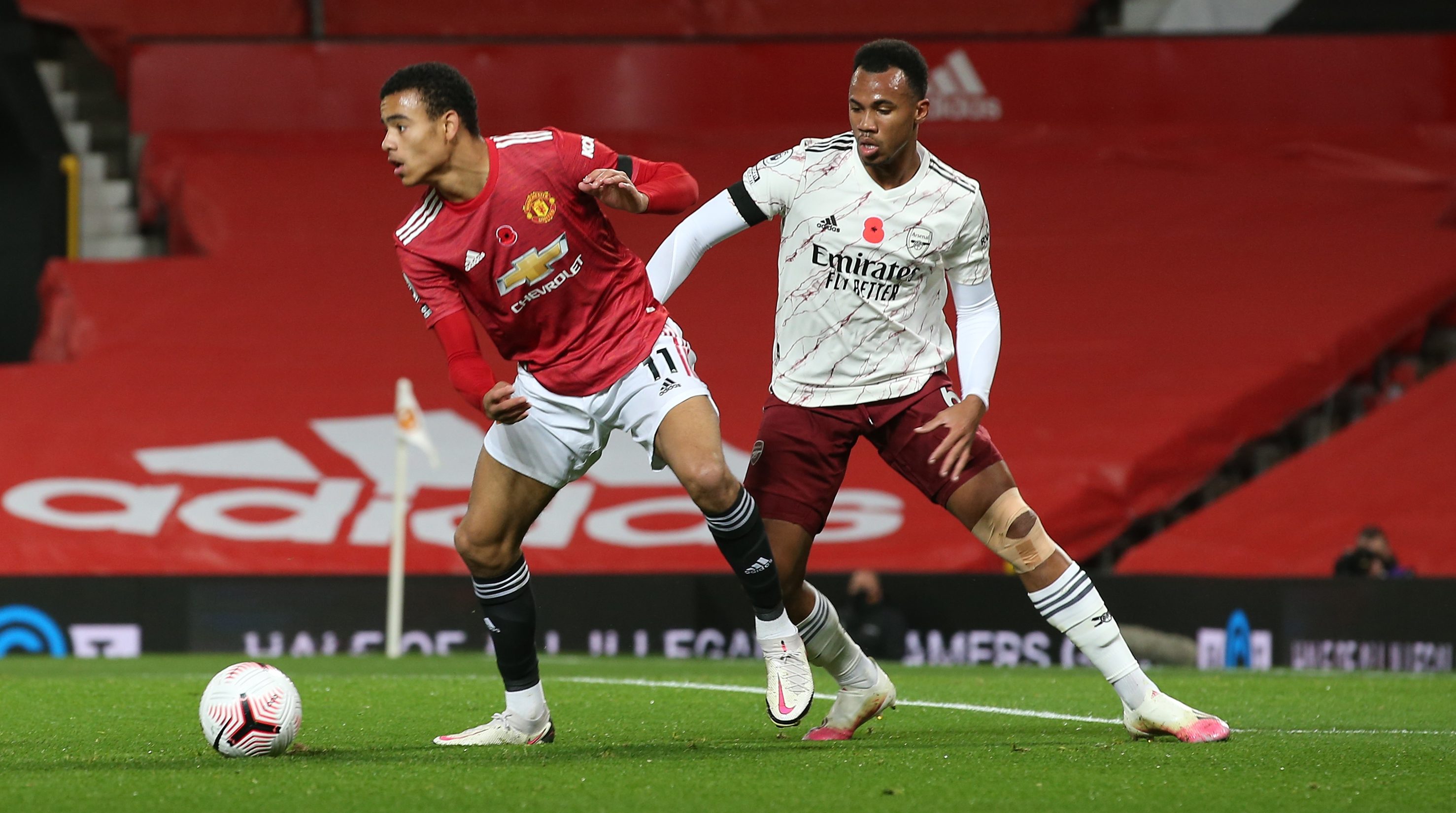 This was certainly no classic. What used to be English football’s red-letter fixture began with the two sides in 15th and 13th positions.

All the Keane-Vieira footage in Sky’s build-up coverage felt as ancient as Pathe newsreel.

Compared to those red-blooded, lock-up-your-daughters fixtures, this was largely anaemic and flaccid.

Yet Arsenal were effective in a peak Graham era fashion.

Gabriel in central defence and Thomas Partey in the midfield anchor role, are the two signings Arsenal have been crying out for since well before Wenger departed.

Keane claims Partey can be as good as Vieira for Arsenal.

And that is some compliment from the Irishman, who is not known for tossing around bouquets.

Mohamed Elneny, alongside Partey, was excellent too. A proper unsung shift-worker, with a back-breaking performance.

United were nowhere near them in the middle of the park.

At one point they needed Mike Dean to halt a promising Arsenal break with an impromptu interception.

It was one of the best pieces of midfield work in the United cause all afternoon.

If Arsenal didn’t play with Wenger-era fluency, then they certainly deserved this.

They began dominantly, pressed high, passed crisply and made most of the better chances.

Aubameyang, who had endured his worst Premier League goal drought of five matches, couldn’t quite connect with a Hector Bellerin cross.

Then Willian exchanged passes with Aubameyang and skimmed the bar with his shot.

Saka skied a free header over the bar from another Bellerin cross and when Alexandre Lacazette made a fine interception, he fed Aubameyang who bent a shot wide.

Then the breakthrough – a long, patient Arsenal build-up, a Willian pass to release Bellerin, who was tripped by Paul Pogba.

Aubameyang sent De Gea the wrong way from the spot, condemning United to a sixth straight Premier League home match without a win.

Four decent sides, who may not make life as easy as this limp, listless United team.

Yet they now know they can win ugly. The next step is to win ugly, again and again.

Then, Arteta might start thinking about the beautiful game.

Tags: Arsenal's, Man, Over, UT, Win
You may also like
Recent Posts