Green Bay Packers star Aaron Rodgers finally reacted to President Biden last week, after the commander-in-chief in December made an off-handed comment to a Packers fan that the quarterback should get vaccinated.

“When the President of the United States says, ‘This is a pandemic of the unvaccinated,’ it’s because him and his constituents, – which I don’t know how there are any if you watch any of his attempts at public speaking — but I guess he got 81 million votes,” Rodgers told ESPN in an interview published Friday.

He also called the Biden administration a “fake White House” and questioned if the U.S. Centers for Disease Control and Prevention could be trusted. 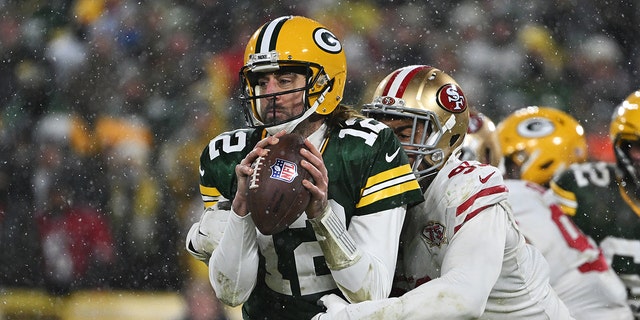 “I had a plan going in for that question to be asked,” Rodgers told ESPN, recalling his strategy going into his media availability. “It was a pseudo witch hunt going on — who was vaccinated, who wasn’t vaccinated. I was in a multi-month conversation that turned into an appeal process with the NFL at that time, and my appeal hinged on that exact statement [immunized]. So what I said was, number one, factually true. I went through a multi-immunization process. And at the end of that, I don’t know what you would call it, I would call it immunized.” 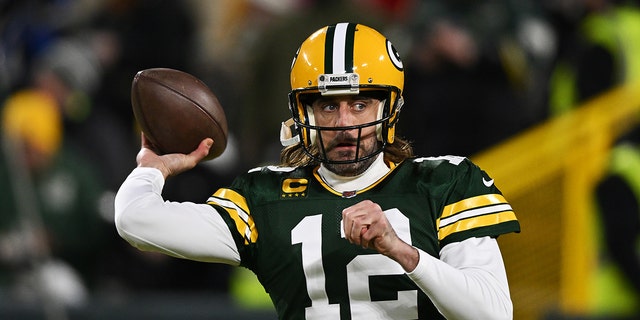 Quarterback Aaron Rodgers #12 of the Green Bay Packers warms up prior to the NFC Divisional Playoff game against the San Francisco 49ers at Lambeau Field on Jan. 22, 2022 in Green Bay, Wisconsin.
(Getty Images)

Former Chicago Bears legend Dick Butkus piled on Rodgers on Saturday, tweeting, “Now that I have the blue mark I can kick people off of the platform right,” Butkus wrote. “You hear me @AaronRodgers12.”

After Rodgers tested positive for the coronavirus in November he claimed he was allergic to the Pfizer and Moderna shots and didn’t want the Johnson & Johnson one. He was also criticized for taking anti-parasite Ivermectin and other treatments discouraged by the U.S. Food and Drug Administration.

“I don’t want to apologize for being myself,” Rodgers told ESPN. “I just want to be myself.”