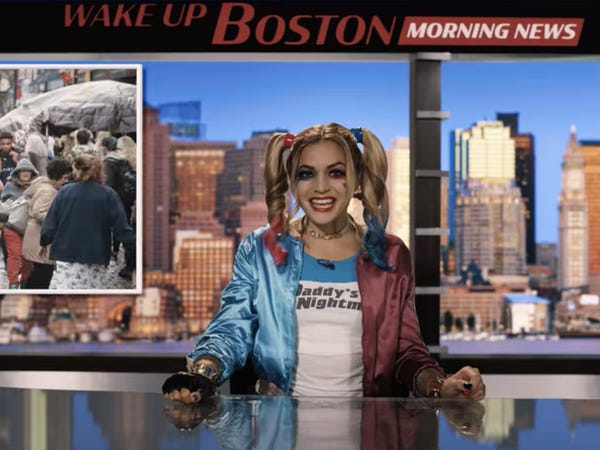 A local news anchor is out of a job after appearing in Adam Sandler's latest movie.

Alaina Pinto, a morning news anchor at Boston's WHDH 7News, announced on Twitter that she was let go from the station for violating her contract because of her appearance in Netflix's "Hubie Halloween" where she dressed as DC Comics character Harley Quinn.

"Earlier this week I was let go from 7 News," Pinto wrote. "I am posting this because I want to be open and honest with all of you. Last year, I participated in a cameo in the recently released Netflix movie by Adam Sandler, 'Hubie Halloween.' In doing so, I mistakenly violated my contract with the station and I understand why management, unfortunately, chose to terminate me. I am deeply disappointed and saddened, and I hoped this would not be how things evolved."

Pinto, who joined WHDH 7News in 2016, plays a news anchor dressed as Harley Quinn on a fictional morning show in Sandler's comedic Halloween movie. "Hubie Halloween," which premiered October 7, is currently a trending movie on the streaming service.

"Thanks to all my wonderful 7 News viewers and my supportive and great colleagues at the station," Pinto wrote in her Tweet. "Reporting the news to you every morning was an honor and a privilege. I promise to stay in touch and keep you updated on the next chapter – the future is bright!"

18 details and references you probably missed in 'Halloweentown'