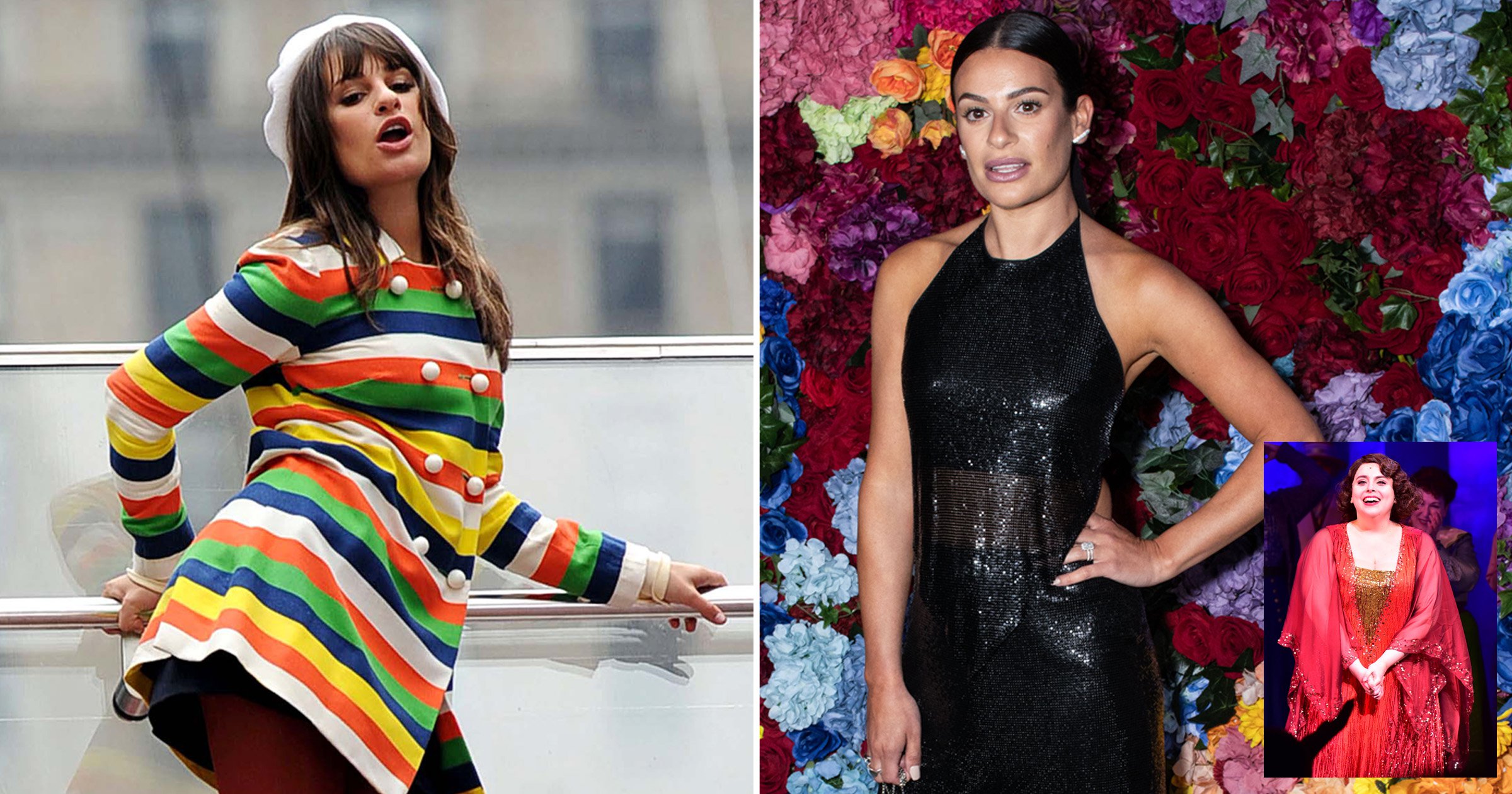 For some it was excitement over seeing the actress’s very public life-long ambition realised, but for others it was frustration over someone seemingly not being held accountable for past allegations of unprofessional conduct – and racism – which have been levelled at them.

Now, I’m not here to rain on anyone’s parade: this is not a piece tearing apart Michele, who must surely be on cloud nine right now.

She has worked and sung her behind off for this role, even following a storyline on Glee where her character Rachel Berry sings multiple songs from Funny Girl before being cast in the musical in what was certainly wish fulfilment for the actress at the time.

Indeed, Michele has often be compared to the pushy Berry, who is self-involved and hell bent on pursuing stardom, with late co-star Naya Rivera even joking about the similarity in her memoir.

The Glee fandom was split, with some finding those traits endearing and being inspired by her determination while others were not impressed by diva-ish behaviour – on screen or off.

However, this is a piece to discuss the odd predictability of producers choosing Michele to replace current Fanny Brice Beanie Feldstein, proving yet again that Broadway is a business first and foremost.

You need to get bums on seats? You give the people what they want, which for many Gleeks is the chance to see their Queen Bee belting into the rafters, multiple nights a week.

To them it doesn’t seem to be about giving an exciting unknown a break, which is what happened for understudy Natasha J Barnes in the 2016 West End revival when she was allowed to cover for original star Sheridan Smith during a period of absence following multiple missed shows.

Barnes became famous for stunning audiences, winning over disgruntled people who had expected Sheridan instead, and launched her career as a leading lady. On Broadway, understudy Julie Benko is reportedly doing similarly well with Feldstein missing performances due to Covid, among other things. Other than one show a week once Michele starts though, and a month of covering the transition between stars, she is remaining firmly on the subs bench.

The producers of the beleaguered Broadway production also seem happy to brush aside the tide of allegations that flowed throughout the summer of 2020 after Michele’s Glee season six co-star Samantha Ware accused her of ‘traumatic microagressions’ and making her time on the show a ‘living hell’.

Michele duly apologised but denied ever judging anybody by the colour of their skin. She was instead sorry for how her behaviour was ‘perceived’ – although she admitted: ‘I clearly acted in ways which hurt other people.’

Many fans are willing to give Michele a second chance now – especially with Fanny on the line – but it does leave the industry in an awkward position, whereby her past actions are glossed over, leaving a slightly unpleasant taste in the mouth.

There’s also the backstage machinations implied by Feldstein’s early departure at the end of July – brought forward from the premature departure she previously announced for September, when she had initially been expected to stay with the cast until the end of the year.

Calling the part a ‘lifelong dream of mine’, Feldstein wrote on Instagram: ‘Once the production decided to take the show in a different direction, I made the extremely difficult decision to step away sooner than anticipated.’

Funny Girl’s reviews so far have been mixed, with many pointing out Feldstein lacks the powerhouse vocals of original star Barbra Streisand (surprise surprise!), while some have praised her comic abilities.

The show also only managed to rustle up a sole Tony Award nomination this year, which is quite the snub for the first revival of the piece on Broadway since 1964’s original production.

With Michele, it looks like the ‘different direction’ bosses may be leaning back into is belting prowess in its leading lady, following the precedent set by Streisand.

Another issue with the new casting choice is how out of step it seems. Glee ended back in 2015, seven years ago, and with more of a whimper than a bang.

Michele finally having the red carpet rolled out for her on Broadway now seems like too much too late?

It’s like visiting fan dream casting from a decade ago, when we were already three seasons deep with Glee, Rachel Berry and her Fanny Brice obsession.

Whether fair or not, it smacks of pandering to fans, or – and here we come back around to my original point – the surest way of cashing in the not-insignificant amount needed each week to keep a Broadway show going.

It’s just a shame it’s not in the artistic or exciting way creatives and theatre fans alike hoped. Feldstein offered a spark of that when her casting was first announced, but it seems the production is now fleeing back into safer territory.

However, and I’m sure she won’t mind me saying this, Michele still isn’t Barbra Streisand – and that, my friends, has been the problem all along.

People want a Streisand-esque Fanny to match the original; that’s like asking for another Fred Astaire or Beyonce or Elvis Presley. It’s not going to happen.

This also likely speaks to the decision to leave the Jule Styne, Bob Merill and Isobel Lennart alone on Broadway for a staggering 58 years.

Streisand is the undisputed greatest star (by far), and it’s something with which People perhaps finally need to come to terms.