Anywhere can be paradise when you’re with family. While vacationing in Jamaica, Vanessa Bryant, and her daughters posed for a photo alonside Kobe’s kin.

“Family,” wrote Vanessa Bryant, captioning a photo she posted to Instagram on Tuesday (June 29.) In the pic, the widow of Kobe Bryant posed with their three daughters — Natalia, 18, Bianka, 4, and Capri, 2 – and other members of the family, including Kobe’s sister Sharia Washington, Sharia’s husband Jerrod, and their kids. In two additional photos, Vanessa posed first with Jerrod, and then with her nephew, Jett.

Shortly after posting the family photo, Vanessa shared photos and a video taken from the vacation. In one, she and Natalia are smiling for the camera while getting in close. A second photo caught Bianka (aka B.B.) being cute. A final video captured (presumably) Capri, aka Koko, talking to the island frogs. It’s safe to say that Vanessa is having a fantastic getaway with her girls.

Vanessa has been filling up her Instagram with shots from her holiday. At the start of the trip, Natalia took her mom’s phone to start a meme-game, saying she thought Vanessa was going to ruin the trip “because she gets really irritated, really fast.” She passed it along to a cousin Tayah who thought Bianka would ruin the trip because she’s “not going to want to wear a certain swimsuit.” From there, the phone got passed around with every member of the family getting a turn (“My name’s Shariah and I will probably ruin the trip if I have too many piña coladas”) with Vanessa saying she thought B.B. would ruin the trip because “she’s just like her mama.” 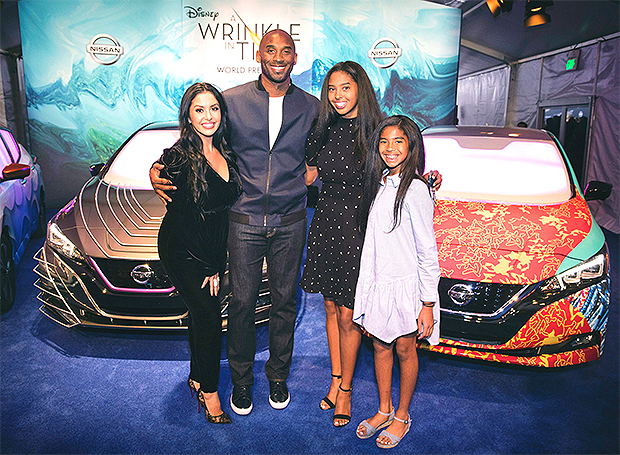 Obviously, no one ruined the trip. And this holiday began on a positive note. A week before Vanessa took her daughters to Jamaica, she and other plaintiffs agreed to a settlement in the wrongful death lawsuit against Island Express Helicopters, the company involved in the fatal crash that killed Kobe, daughter Gianna “Gigi,” and seven others in January 2020. The lawsuit alleged that the company and pilot Ara George Zobayan, who also died in the crash, “failed to properly monitor and assess the weather prior to takeoff,” among other allegations. The lawsuit sought damages for “loss of love” and “pre-impact terror.”

The exact details of the settlement have been kept confidential, as they need to be finalized by the court. The other passengers killed in the devastating crash were Alyssa Altobelli, 14, John Altobelli, 56, Keri Altobelli, 46, Payton Chester, 13, Sarah Chester, 45, and Christina Mauser, 38.