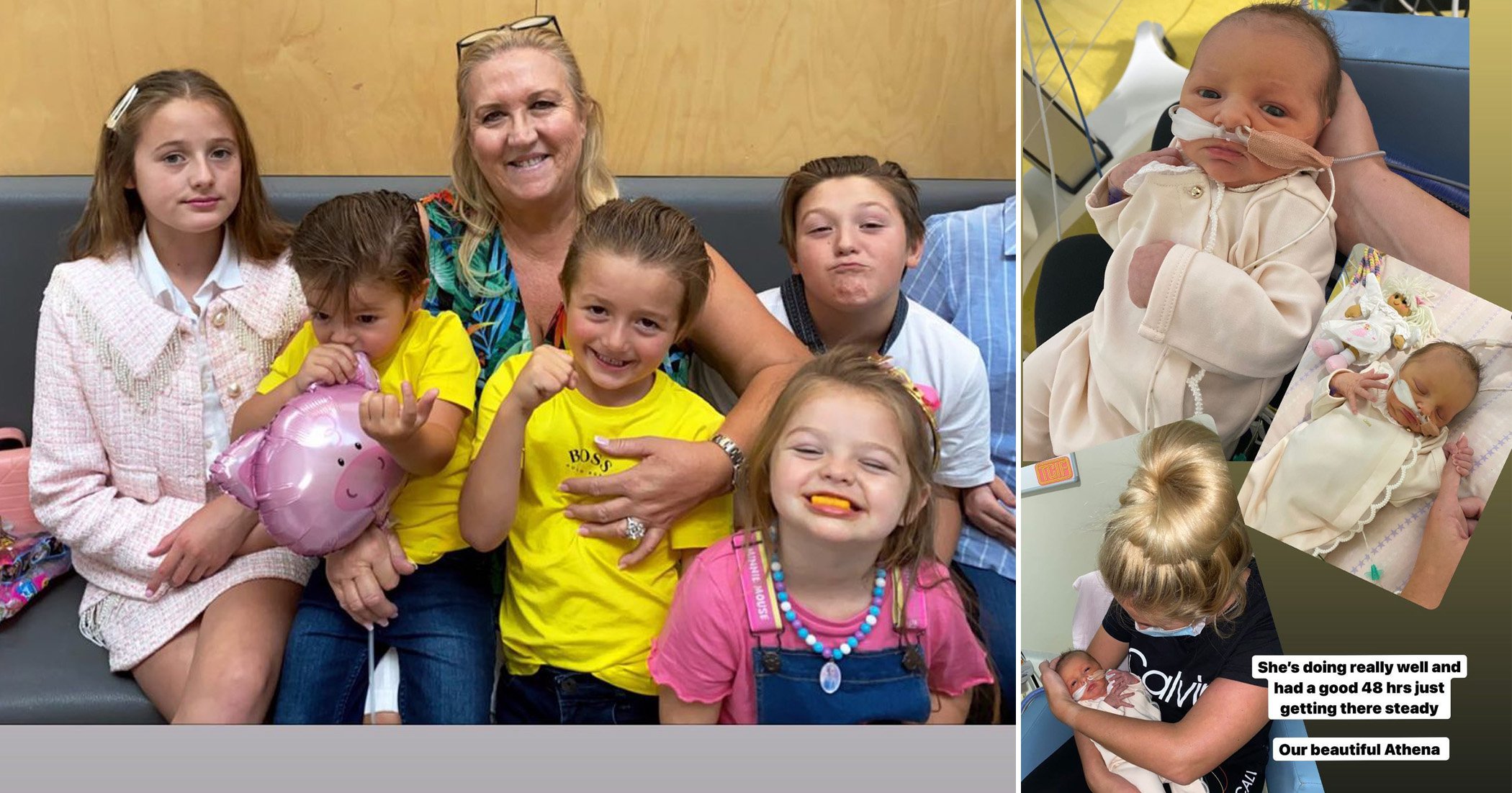 Tyson Fury and his wife Paris were able to enjoy some light-relief by reuniting with their five other children as their newborn daughter Athena continues to fight in intensive care.

The heavyweight boxer and his wife of 13 years have endured a stressful week after their sixth child, Athena, was rushed to ICU not long after being born on Sunday.

With little Athena still in hospital, it has meant that the couple have been unable to see their older children; Venezuela, 10, Prince John James, seven, Prince Tyson, three, Valencia Amber, two, and Prince Adonis, one.

On Friday, Paris, 31, shared a photo of their large brood posing with their grandmother during their hospital visit.

She wrote: ‘Just seen my other 5 for the 1st in a week. They are blessed with the best Granny in the world who has watched them all since I came into hospital. I love you mam.

‘I can’t wait to be home with them all together soon please God.’

Paris also shared another promising update on Athena along with new photos of the newborn, who is six days old, and said: ‘She’s doing really well and had a good 48 hours just getting there steady.

In one of the photos, Paris is seen sitting in a chair and cradling the adorable tot.

It comes after Tyson, 32, shared his own update on Athena and told his Instagram followers: ‘Update for everyone. Baby Athena is doing well & has had a stable day off ventilator, thanks to everyone for the prayers, still in ICU for now.

‘Thanks to all the DRs & nurses. God bless you all.’

Tyson’s father John has since detailed Athena’s health battle in an interview, and said the little one ‘died for three minutes’ shortly after she was born.

Praising the medical team, John told BT Sports: ‘They’ve been really magnificent, they’ve really saved her life because she was dead for three minutes and they brought her back, it’s onwards and upwards from today.’

‘We thought at one stage we were going to lose her. But it’s all been good due to the professionalism of the doctors and the surgeons. Whoever works there is an amazing person and we’re so grateful to have them.’

Tags: Tyson Fury
You may also like
Recent Posts