It’s their quarantine and they’ll party if they want to! Kaitlyn Bristowe and Jason Tartick are having the most fun with their two pups, Pinot and Ramen, while social distancing.

“We threw a party for the dogs tonight. How bout you?” the “Off the Vine” podcast host, 34, captioned a too-cute-for-words Instagram post on Monday, April 6. She and Tartick, 31, donned shiny party hats and stood excitedly over their two dogs. Pinot and Ramen also rocked some festive headwear and gave each other skeptical side-eyes as their owners goofed off. 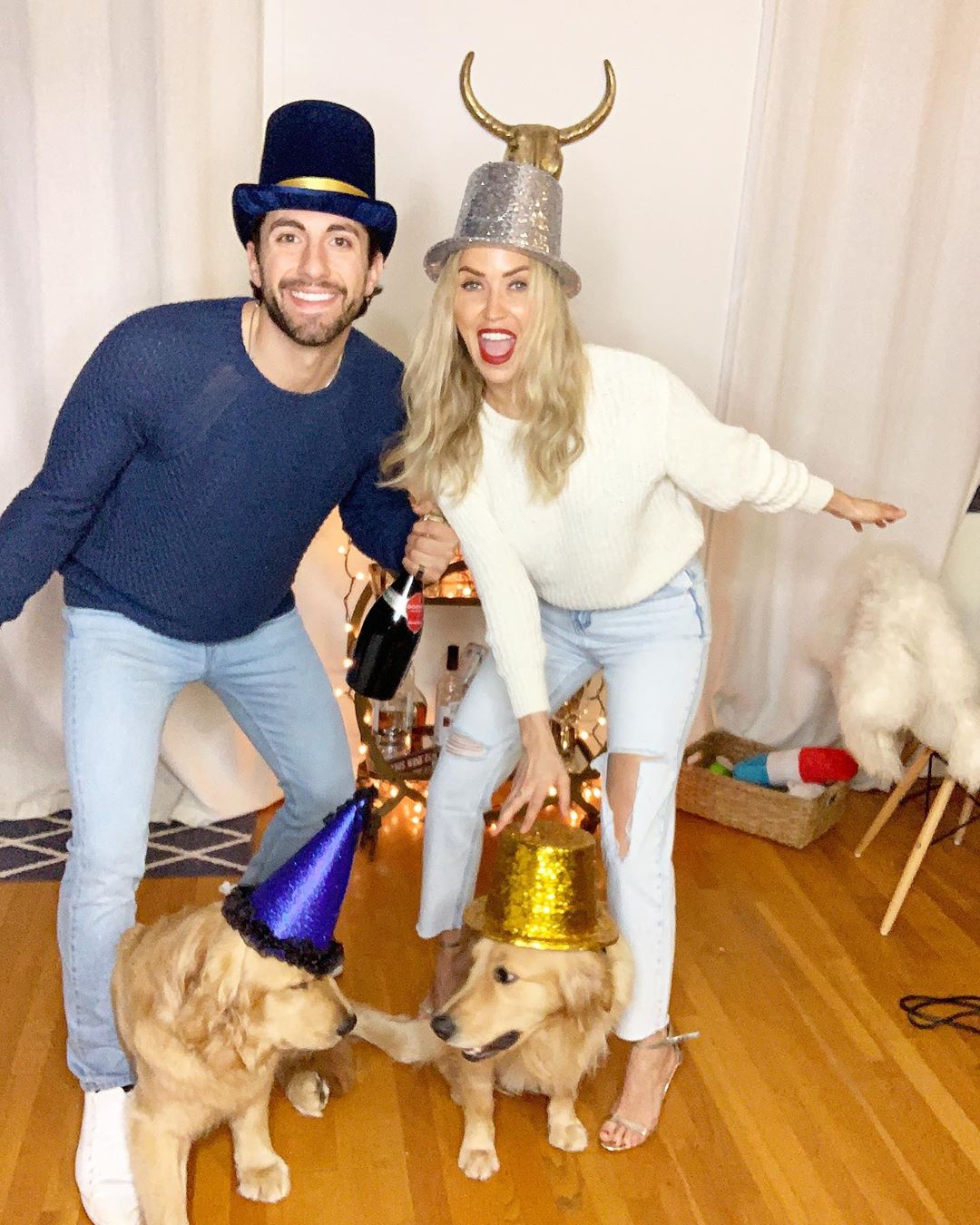 The Bachelor Nation couple adopted one of their two furry friends in December 2019 as an early Christmas present to themselves. “Pinot was found in a kill shelter in South Korea and @bunnysbuddies saved him. Now he has a safe home with us,” the former Bachelorette wrote via Instagram at the time. Bristowe admitted that she was worried about how the newcomer would get along with Ramen, but the pair of pooches clicked instantly.

“They snuggle, and don’t leave each other’s side,” she gushed. “Pinot is a big mushy sweet heart who is some how more cuddly than Ramen. I know a lot of people will ask how we will do this with traveling so much. But we will make it work. This isn’t about us. This is about giving a sweet innocent pup a new life.”

Bristowe and Tartick moved in with each other in May 2019, just four months after they confirmed their relationship. The Canadian TV personality split from fiancé Shawn Booth in November 2018 after three years together.

Though their relationship has been going strong from the start, Bristowe recently admitted that there’s one thing her boyfriend does that has driven her up the wall during the current coronavirus outbreak.

“Here’s my problem, I’ve got serious a serious case of misophonia, so when people chew around me, like, I can’t handle the sound and that just has been, like … triggering!” Bristowe revealed during Chris Harrison‘s Instagram Live “Group Date” in March. “I don’t know what it is, it’s just the sound is so irritating and it sounds louder than it should and it is a trigger.”

Tags: Bristowe, Cute!, Ja, Kaitlyn, Too
You may also like
Recent Posts