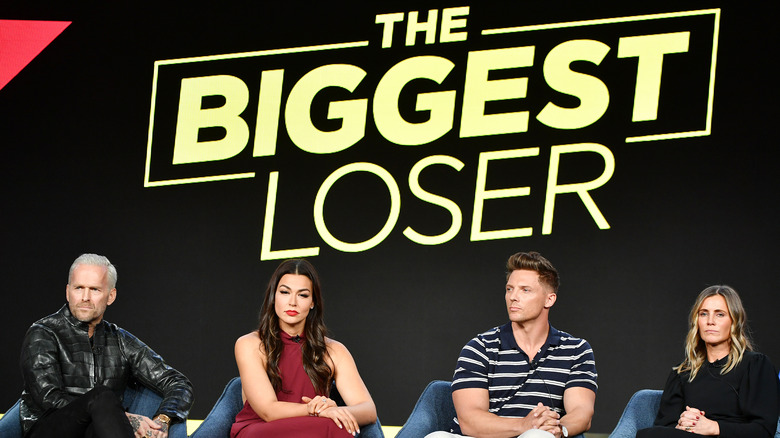 Extreme weight loss is never an easy topic to talk about, but when someone you know — or someone you’re observing — loses an incredible amount of weight in a short period of time, the first comment shouldn’t be, “Wow! You look so great!,” but rather, “Are you okay?” The latter was the question that most people were asking after Rachel Frederickson won NBC’s weight loss show, “The Biggest Loser.” Stepping out onto the stage during her season’s finale, Frederickson literally shocked viewers with her transformation, but not in a super positive way. People took to social media to discuss Frederickson’s appearance, with many saying that the show had finally gone too far.

“The Biggest Loser” has been known for its aggressive weight loss challenges, but when it came to Frederickson and the amount of weight she lost in such a short period of time, even the show’s biggest fans had to ask themselves if what they were watching for entertainment was okay. Yes, there had been some inspiring weight loss stories on the show, but there were plenty of times when “The Biggest Loser” pushed contestants too far. 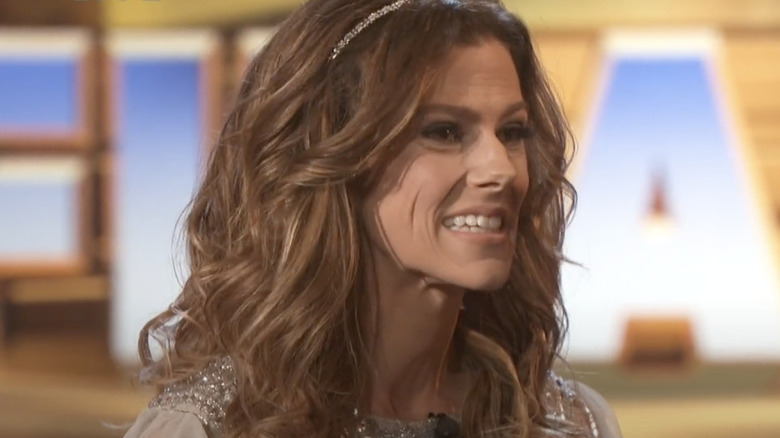 When Rachel Frederickson stepped out onto the stage of “The Biggest Loser” season finale, she shocked the audience and the viewers at home. As noted by Shape, Frederickson went from 260 pounds to 105 pounds, a 155 pound weight loss in just seven months. Standing at just five-foot-four, Frederickson’s final weight on the show was actually considered “underweight” by the Centers for Disease Control, and, as such, a lot of people came out saying that the show had finally gone too far.

So what did Frederickson think about her experience? She told People shortly after winning the show that she had been “too enthusiastic” when it came to the weight loss regimen that got her to the finale. She shared that, at the time, she had sustained a 1,600-calorie day, which is not only less than the 2,000 daily average, but she was working out six hours a day to get to her weight loss goal. People asked her straight up if she had an eating disorder, to which she said, “I am very, very healthy.” But was Frederickson’s weight loss really healthy and sustainable? 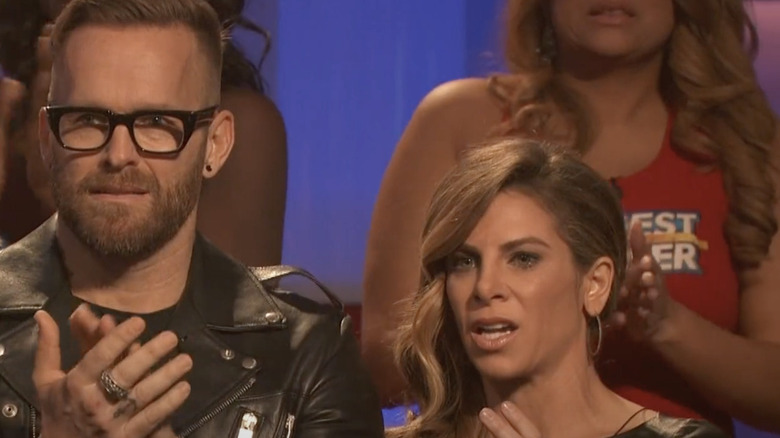 Rachel Frederickson shocked the world when she stepped out onto the stage during “The Biggest Loser” season finale — but she didn’t just stun viewers, as some of the trainers on the show were equally startled by her drastic transformation. Trainer Jillian Michaels was visibly shaken when she saw Frederickson, saying, “Oh my God,” when the weight loss contestant took to the stage (via YouTube). Frederickson’s trainer on the show, Dolvett Quince, told People after her win that even he was disturbed by the drastic results of her journey. “The first thing that went through my mind was, ‘That’s just too much,'” he said.

It seems as though Frederickson herself knew that she was taking things too far. Two months after she won the show, Frederickson sat down with Us Weekly and revealed that she had put on 20 pounds, and was maintaining a far more reasonable workout regimen. “I work out an hour, six days a week. I love classes like SoulCycle,” she said. “I also loosely count calories, but sometimes I might eat an Oreo. It’s not the end of the world.”

This contestant was pushed so far, that now 'something is wrong' with his body 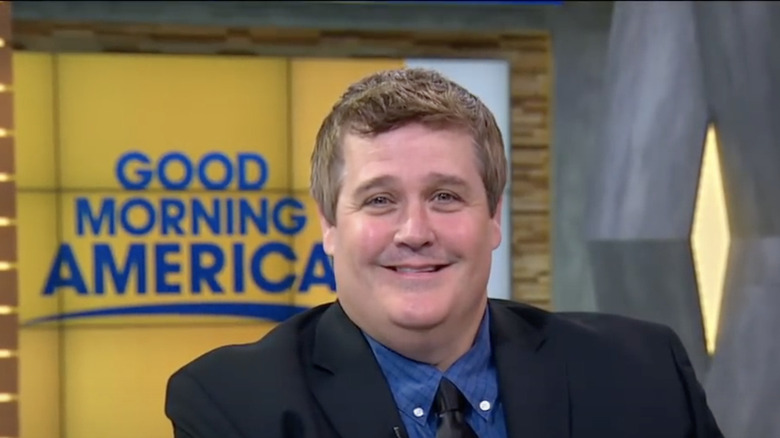 “The Biggest Loser” prides itself on fast weight loss, most of it motivated by the large payout that goes to the show’s winner. When Danny Cahill won Season 8 of “The Biggest Loser,” he had lost 239 pounds in seven months, and told the cameras that he had “got [his] life back.” But that really wasn’t the case, at all. He told The New York Times in 2016 that his eating habits were incredibly altered as a result of the dramatic weight loss.

Not only did Cahill end up gaining back most of the weight, but his resting metabolism was dramatically altered. He shared with the publication that he has to eat 800 calories less than most men his age, otherwise his weight will just pile on. “All my friends were drinking beer and not gaining massive amounts of weight,” Cahill said. “The moment I started drinking beer, there goes another 20 pounds. I said, ‘This is not right. Something is wrong with my body.'”

Cahill also shared that he was so mentally and physically exhausted by the show and its post-season press tour, that he didn’t move for two weeks after it all concluded. 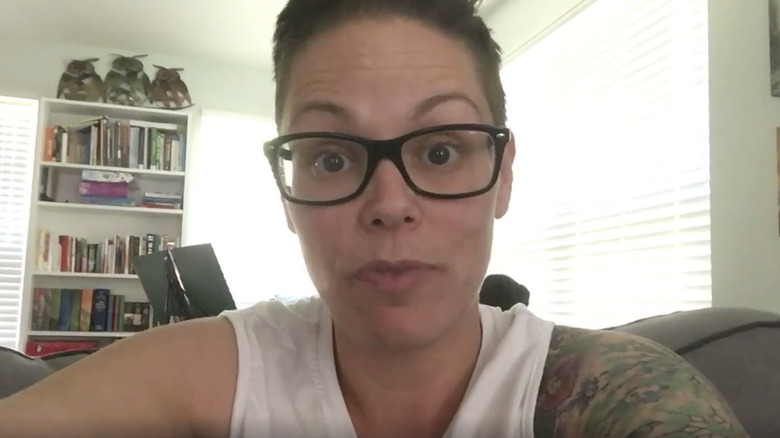 We’ve all heard some pretty crazy weight loss horror stories, but the experience that Kai Hibbard had really takes the cake. Hibbard won Season 3 of “The Biggest Loser,” but told The Guardian in 2016 that going on the show was the “biggest mistake of [her] life.” She disclosed that the trainers on the show pushed the contestants far too much, and would oftentimes resort to fat shaming them. Hibbard also shared that some exercises were forced upon contestants solely for entertainment value, that she and others were purposefully dehydrated before weigh-ins, and producers worked behind the scenes to create “villains” in order to make good television.

“In my season there was a woman named Heather who was made to look like a combative, lazy b***h,” Hibbard told The Guardian. “But in actuality, she had a torn calf muscle and had developed bursitis in both knees. When she refused to run, they edited it to make her look lazy.” During Season 3, contestants were made to carry pieces of driftwood and run down a beach, with Hibbard saying that the only thing about the situation that was “good” was its entertainment value.

The Guardian reported that contestants on “The Biggest Loser” are often made to do daily exercise regimens that are 10 times more than the American College of Sports Medicine recommends.

Tags: biggest, Loser, pushed, The, times
You may also like
Recent Posts