The entertainment industry is mourning the death of yet another talented star. Serge Onik, best known for his work as a dancer and choreographer on Season 11 of “So You Think You Can Dance,” died at age 33. The performer’s rep, Jim Keith, president of the Movement Talent Agency, confirmed the heartbreaking news to Entertainment Weekly on August 24. However, Onik’s cause of death has yet to be revealed.

The European dance superstar — who was born in Kharkiv, Ukraine and moved to the U.S. with his family when he was 3 years old, per his website — has been a beloved member of the dance community since rising to fame on “So You Think You Can Dance” in 2014. After placing in the top 14 upon elimination during week 4 on the Fox series, Onik performed on “Dancing With the Stars,” followed by “Jane the Virgin,” “Agent Carter,” and “Bones.” Additionally, his website states he was featured in Jennifer Lopez’s Celia Cruz tribute at the AMAs, as well as Andy Grammer’s “Good To Be Alive” video.

One of Onik’s most recent projects was in “In The Heights,” which was released on June 9. Less than a week after the movie adaptation premiered, Onik marveled over the “dream” of working alongside Lin-Manuel Miranda on Instagram. “I mean it’s for literally two seconds but I’ve never been more honored to be part of a project,” he wrote, calling his appearance, “such a privilege.” For more on Onik’s death, including reactions and tributes, keep scrolling.

Serge Onik is remembered for having 'a huge heart' 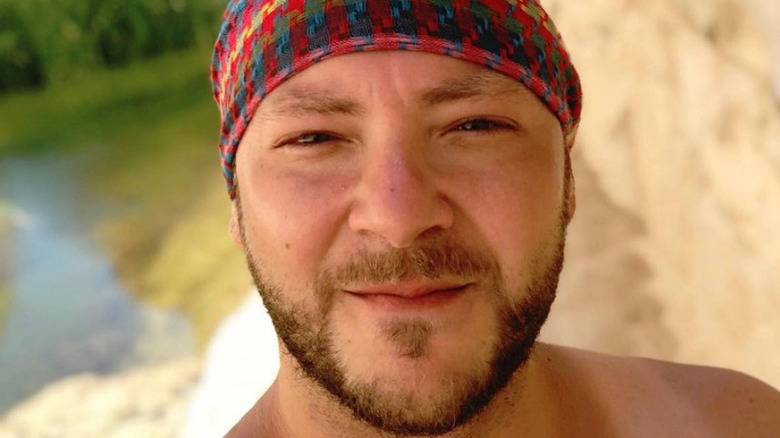 The dance community is coming together following the news of Serge Onik’s death at age 33. In a statement to Entertainment Weekly, the late TV personality’s rep, Jim Keith, called Onik an “amazing dancer with a huge heart,” who “touched the lives of everyone who met him.” Keith added, “He will be truly missed. This is a sad day for us at the agency and for the dance community as a whole. Our thoughts and prayers go out to his friends and family at this time.”

In the wake of the news, it wasn’t long before social media was filled with tributes for the Ukrainian dancer from both close pals and fans alike. Television host Kristyn Burtt mourned the death of her “great friend” on Twitter, sharing a clip from their “last interview” more than a year ago. “My heart is broken. Besides being such an incredible talent, you were a great friend,” she penned. “You will be so missed.”

Twitter was also flooded with messages from fans, expressing their heartbreak over the “sweet, beautiful, insanely talented human” Onik was, as one user wrote. “This is heartbreaking. A talented dancer and choreographer. Also a great teacher and person,” another added. One user even said how grateful she was to have taken a dance class with Onik, writing, “This is going to hurt forever! RIP Serge Onik! Such a privilege to dance with you and learn from you!”

Tags: Death, of, so, The, Thi, tragic, you
You may also like
Recent Posts