Eboni K. Williams made history as the first Black cast member on “The Real Housewives of New York City,” but that’s not the only reason why she’s making headlines this season. Viewers have seen her try to learn more about her real father, a departure from the cast’s usual antics.

Eboni has discussed her long-lost sister on the show and reportedly told cast member Sonja Morgan on the July 27 episode that she “might have a long-lost sister stemming from her father,” according to Reality Tea. Eboni did receive a call from this so-called sister, who she called “stunning.” The conversation between the two women did not appear far-fetched, as they discussed that they really had no relationship with their father, calling it “awkward” before he died. They were not too affected by his death, but it could explain their feelings of abandonment and issues they still have with trust.

Now, RHONY watchers got even more details about Eboni’s journey to learn more about her father. Keep reading for more details.

Eboni K. Williams faces a setback with her father 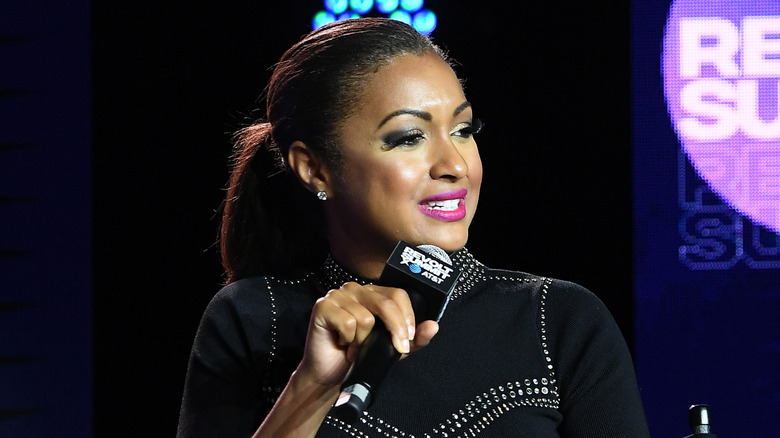 The August 3 episode of “The Real Housewives of New York City” seemed difficult for Eboni K. Williams as she tried to learn more about her father. When she received an envelope with DNA results on the show, she said (via Daily Mail), “With this envelope, my life changes.” The stakes were clear when she got candid in the confessional, saying it was possible she could have a “new family” or “go back to being a fatherless child.” She opened the envelope and poured over the documents, and, ultimately, Eboni did not get the results she wanted.

Eboni eventually called Ashley for what was certainly a hard conversation. “Blood-wise, it doesn’t support that we are sisters,” Eboni said. Ashley began to cry and lamented, ​​”I’m not happy with the results of that. I wanted that so badly.” Eboni agreed. “I know. I just was like, ‘There’s my family.’ I felt like I had my family. You know?” she said. “And it made sense. And now it just feels like I’ll start over.” She promised not to abandon Ashley and emphasized she was “here” for her. Before she wrapped up the call, Eboni said, “This is not the end of our relationship as far as I’m concerned.” Even if Eboni didn’t find her father, she at least gained a new, important relationship.

Tags: about, Eboni, K, sad, The, truth, W
You may also like
Recent Posts