Home
Celebrities
'The Eternals': The Moment Marvel's Kumail Nanjiani Realized He Took Working Out Too Far

Kumail Nanjiani got his early start in the entertainment world doing stand up, first in Chicago and then in New York City, where he also branched out into acting and writing. When he moved to Los Angeles, is when he landed one of the roles he became first known for: Dinesh Chugtai in Silicon Valley. He later starred in an autobiographical film he wrote with his wife, Emily V. Gordon called The Big Sick.

Once known for his lighthearted comedy and nerdy characters, Nanjiani is now taking on a whole new type of project that has required a different sort of “type” to not only his persona but his body. At 42, Nanjiani is in the best shape of his life, but he eventually realized he may have taken things a bit too far.

Kumail Nanjiani tends to get obsessive 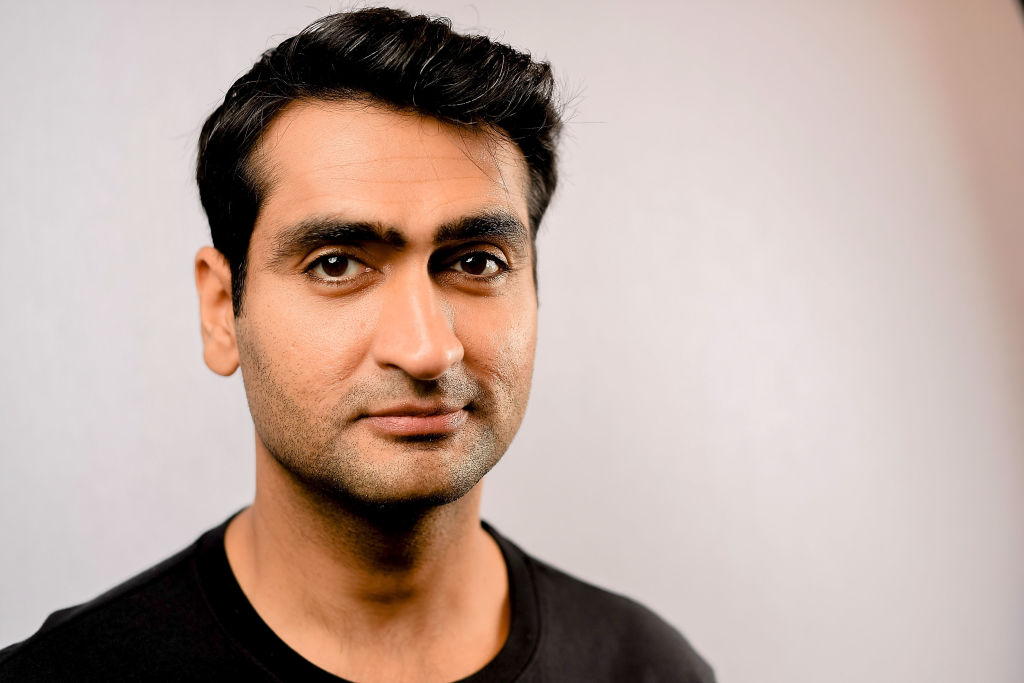 According to Nanjiani’s wife, he can get obsessive. She told Men’s Health that he just “goes for things.” It’s a big part of what’s lead to his success so far.

He has said in interviews that when he first was learning about comedy, he’d watch other comedians’ recorded stand up over and over again. When he moved to LA and started taking the idea of acting seriously, he went for it full force as well.

He said of the time: “It was like therapy. I’d trained myself to not feel emotions, to push them away, because emotions are scary. And as soon as I started taking acting classes… All these emotions I’d learned to suppress, I was now learning to get in touch with. It made my life better, made my anxiety better.”

Even coming to America in the first place was an example of Nanjiani’s tendency to just go for things. He grew up in Karachi, Pakistan and had never even visited the U.S. before he moved for college. He said the first two weeks were the worst of his life, and it seems like his new workout regiment followed a similar pattern of misery at first.

I never thought I’d be one of those people who would post a thirsty shirtless, but I’ve worked way too hard for way too long so here we are. You either die a hero, or you live long enough to see yourself become the villain. I found out a year ago I was going to be in Marvel’s Eternals and decided I wanted to transform how I looked. I would not have been able to do this if I didn’t have a full year with the best trainers and nutritionists paid for by the biggest studio in the world. I’m glad I look like this, but I also understand why I never did before. It would have been impossible without these resources and time. So big thanks to @grantrobertsfit who started working with me at the beginning of the year and made me understand true physical pain for months and months. Then, once we started shooting, a massive thanks to @davidhigginslondon and his team (@ellispartridge, @thebeardypt, @tomcheesemanfitness) for training me almost every day and making me strong, limber and injury free. I can almost touch my toes now. (And thank you for forcing me to do cheat meals David.) Matthews Street Catering for their delicious and healthy meals. And finally, the biggest thanks goes to @emilyvgordon for putting up with me complaining and talking about only working out and dieting for the last year. I promise I’ll be interesting again some day. #thirstyshirtless (Photo by @markupson.) (edit: I left off one very important person: @lancecallahan who trained me for 6 years and helped me build the foundation I could use to do this. Thank you!)

While Nanjiani was still filming Silicon Valley he was working out hard on his lunch breaks, but he couldn’t tell his fellow cast members why. He was chasing a dream to be more fit he had shared with co-star Thomas Middleditch, but he had never taken action on before being cast in the project. Middleditch became one of the first to suspect there was a reason behind Nanjiani’s workouts beyond his fitness aspirations.

True to his obsessive nature, Nanjiani went for his workouts hard. His first mantra, as he pushed his body to the brink, again and again, was “leave your body.” This was a mindset that would affect him for a long time even after leaving the gym, with Gordon saying he’d be difficult to communicate with for up to an hour after his workouts because of his inability to focus.

Eventually, Nanjiani realized this mindset wasn’t working for him and flipped his mantra to “chase the pain.”

#tbt backstage at the #D23Expo with the cast and filmmakers from upcoming films and Disney+ original series from Marvel Studios.

Filming of The Eternals has ended now, meaning a dream fulfilled for Nanjiani who didn’t want to just be in a Marvel film but wanted to be a superhero.

He told Men’s Health magazine: “I’m playing the first South Asian superhero in a Marvel movie. I don’t want to be the schlubby brown guy—I want to look like someone who can hang with Thor and Captain America.”

While he certainly achieved that goal, at one point he did have to scale things back.  During his interview with Dax Shepard on the Armchair Expert podcast, Nanjiani shared that some of his more extreme workout measures were having a negative effect on his health.

He shared that about a month into rehearsals for The Eternals a producer said to him: “Hey we’re worried about you. You look like you’re really leaning out too much. Your face is starting to look concave.”

He said he looked in the mirror and could see the lines in his face. He also shared that prior to that he had been taking nitric oxide to achieve a more vascular look to his muscles but realized he had to stop that when it started to cause rosacea on his face.

Tags: Eternals':, The
You may also like
Recent Posts