Loose Women star Stacey Solomon, 30, jokingly pondered over why her boyfriend Joe Swash, 37, hadn’t popped the question as the family continued to isolate. It comes as the TV personality took to Instagram and showcased her dance moves.

In view of her 3.1 million followers, Stacey shared a clip while at home with her family amid the coronavirus pandemic.

But she seemingly appeared to get on Joe’s nerves while she tidied up their household.

Stacey recorded herself lip-syncing to Aretha Franklin’s hit song Respect as she got on with her housework.

Joe didn’t look too impressed after Stacey took the opportunity to jump on him. 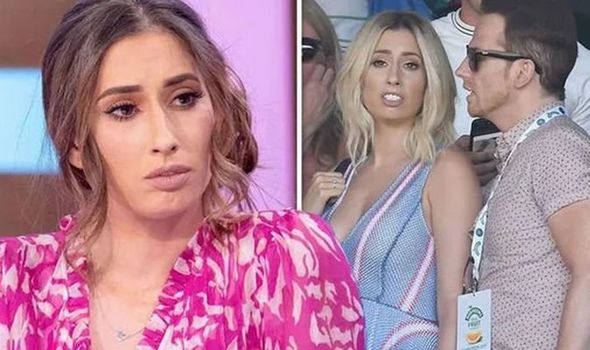 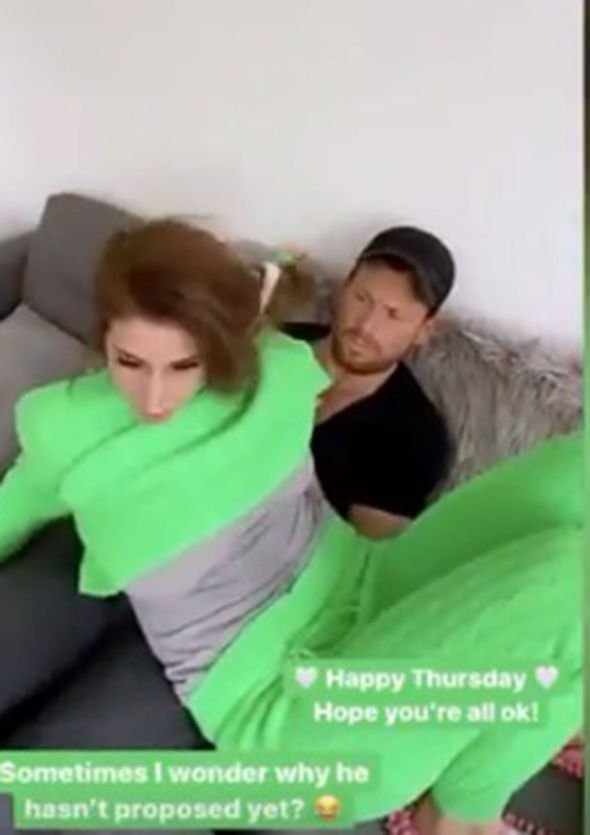 As she pulled a cheeky face to the camera, she laid across him while Joe gave her a concerned look.

She then added: “Sometimes I wonder why he hasn’t proposed yet?”

The couple – who welcomed their son Rex last year – have been documenting their time together while in self-isolation. 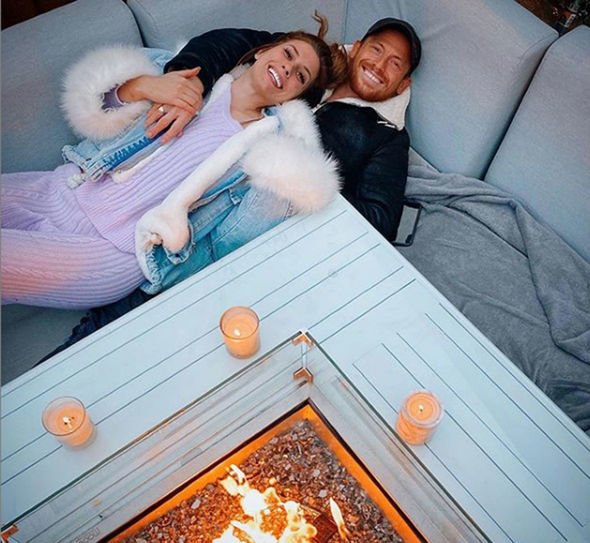 Earlier this week, Stacey posted a sweet snap of the couple enjoying a “Garden Date Night” as she gushed over her beau.

The pair could be seen beaming at the camera, as Stacey laid over him in the photo.

In the lengthy post, she wrote: “Garden Date Night. Doesn’t matter what we do. I just love spending time with you.

“Tonight we managed to get the boys to bed while it was still light out!”

Stacey went on to thank the key workers in the NHS who continue to keep the “country safe”.

Sharing the former First Lady of America’s Instagram post, Stacey told her followers it had “made her day.”

She wrote: “So many of you are tagging me in this… me and Joe can’t stop laughing that I’m on Michelle Obamas’ grid.”(sic)

The mum-of-three went on to admit, she was pretty sure that Barack Obama’s wife had no idea who she was.

Stacey added: “I’m 100 percent sure the queen has no idea who I am but this made my day none the less.”

Michelle’s original post encouraged people to thank the emergency services, medical providers, shop assistants and delivery drivers – to name but a few – by sending them messages and handwritten notes to show how much we appreciate them.

Stacey and her family joined in the clap for the NHS on Thursday evening.