Meghan Markle and Prince Harry’s new life suits them! The couple is all smiles in their first official portrait since stepping down as senior members of the royal family.

The photo, which was taken by Matt Sayles for Meghan and Harry’s upcoming Time100 Talk, was released on Friday. Meghan and Harry are hosting their talk on Oct. 20, with Reddit cofounder Alexis Ohanian, Rappler CEO Maria Ressa and the hosts of the Teenager Therapy podcast as their guests.

Meghan and Harry appear relaxed in the black-and-white pic, with the 36-year-old royal casually perching himself on the arm of a chair Meghan is sitting in. The Suits star rests her arm on her husband’s lap, and gives a grin away from the camera. 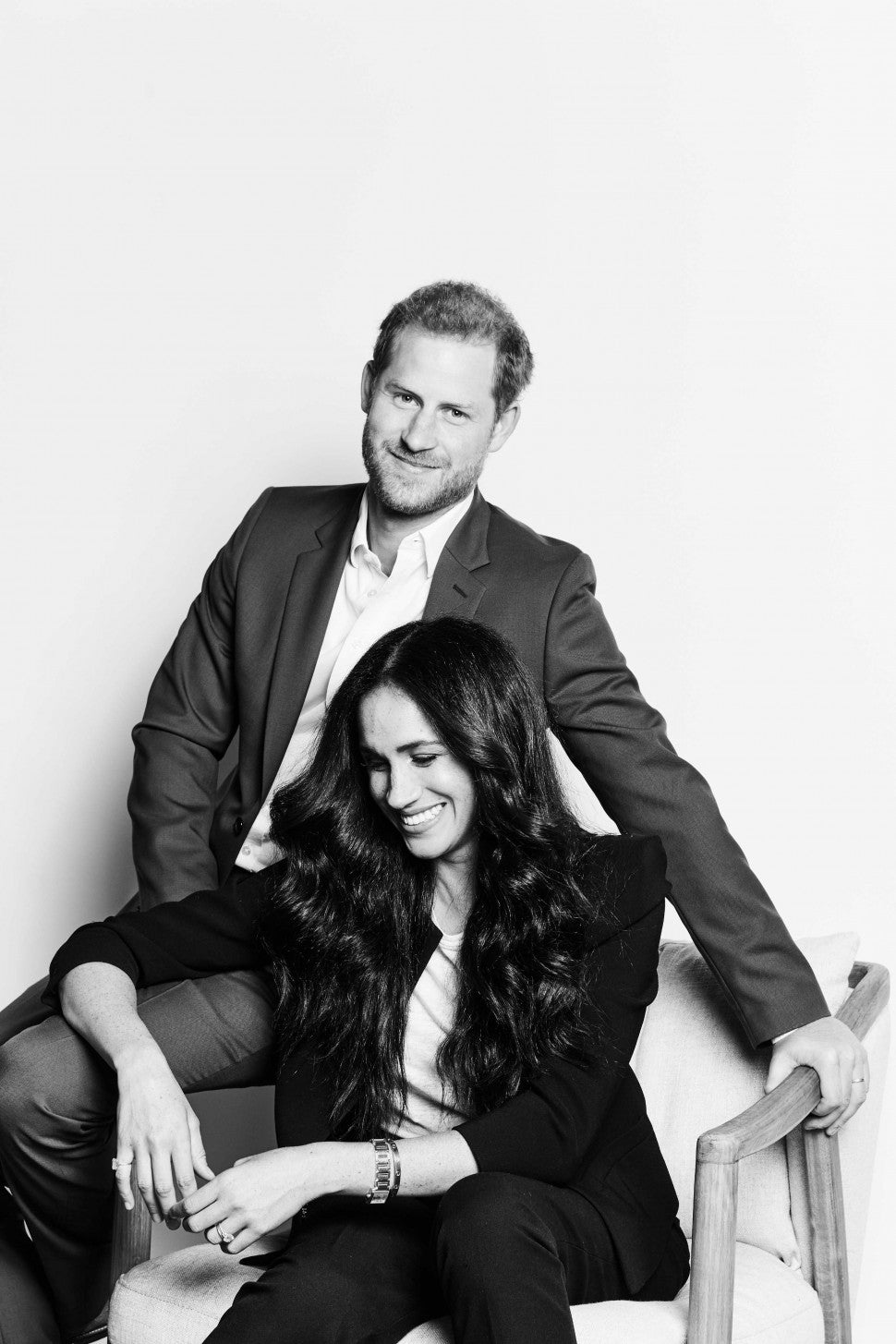 The pair announced their intention to exit their roles as senior members of the royal family in January, and completed their duties in March. Over the following months, they established home bases in Canada and Los Angeles, before moving to their “forever home” in Santa Barbara County’s Montecito over the summer.

A source recently told ET that reports of continued drama among the royal family are exaggerated, and that Meghan and Harry have gotten closer to his family during the coronavirus pandemic.

“A lot of the family-specific drama that the tabloids are focused on, it’s not as fractured as the tabloids would like it to seem,” the source said. “The pandemic has brought the family closer together.”

See more in the video below.

Tags: Meghan Mar, News, Prince Harry
You may also like
Recent Posts
This website uses cookies to improve your user experience and to provide you with advertisements that are relevant to your interests. By continuing to browse the site you are agreeing to our use of cookies.Ok