From deuce to juice, from rackets to reiki! Greg Rusedski, born in Montreal to a father with a Polish surname, and of Ukrainian descent, became the British No. 1, armed with what was then the fastest serve in the world — a chalk-flaring 149 mph.

But the affable Rusedski, 46, who won 15 singles titles and was ranked No. 4 in world tennis, is now channelling his firepower into tension-busting techniques rather than backhand smashes.

I can disclose that he and his wife, Lucy, whom he married just over two decades ago, have applied to use their idyllic Grade II-listed farmhouse West Sussex farmhouse near the village of Kirdford as a part-time ‘wellness retreat’ for those frazzled by city life — which would currently seem to be pretty well anyone in a city anywhere in the UK. 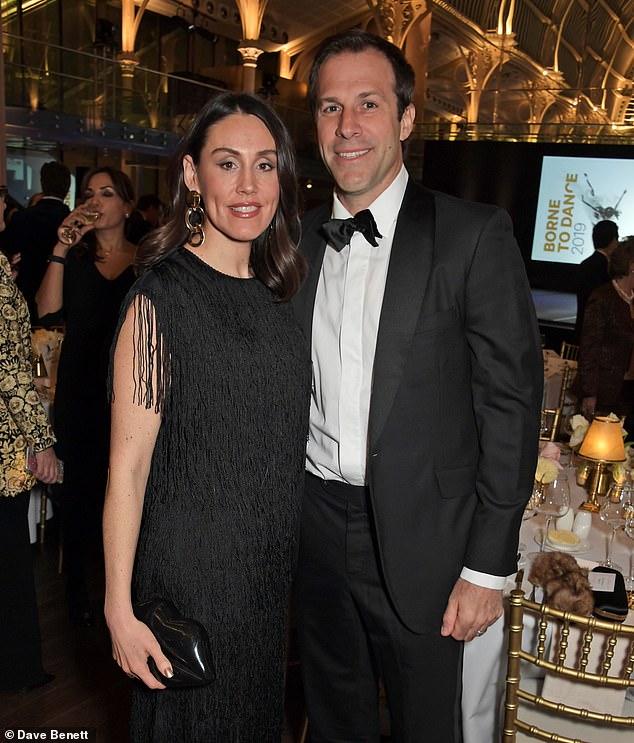 Gred Rusedski and wife Lucy Connor attend a charity dance function. The couple of are looking to transform their West Sussex farmhouse into a ‘wellness retreat’

Greg and Lucy — who has worked as a therapist in the NHS — have approached the project with consummate professionalism. Emphasising that each retreat would, at most, be for 12 guests, who would ‘partake in yoga, creative arts and group work’, they explain that they intend to ‘run one- to two-day residential workshops and programmes to incorporate team-building and executive coaching to develop confidence and self-esteem’.

But despite their attention to detail, the couple, who will remain in residence during each retreat, have provoked a neighbour to object. 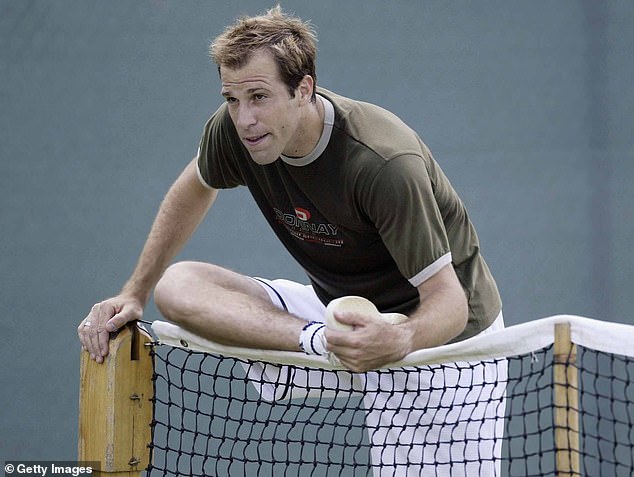 ‘I am very concerned that this commercial business will bring extra traffic and noise,’ she writes, adding that, as there are ‘several residences with children’ and the road is ‘very narrow’ and lacks footpaths, ‘this could be dangerous’.

The Rusedskis are familiar with such challenges. Four years ago they lost a decade long battle to install a tennis court on their land.

A decision which perhaps propelled Greg to seek the embrace of ‘wellness’.

The council is expected to rule the proposal in — or out — next month. 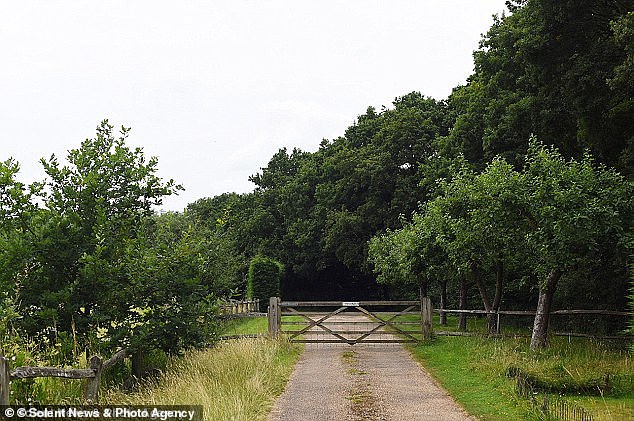 Neighbours and residents living nearby say they are concerned that a new business in the area could bring extra traffic and noise to the idyllic location, pictured

Delighted Dame Vera Lynn had no idea the Queen would reference her wartime song We’ll Meet Again in the speech to the nation on Sunday. Speaking from home in Sussex, the Forces’ Sweetheart, 103, says: ‘I watched The Queen’s speech and it was wonderful. I didn’t know Her Majesty was going to finish up with the words “We will meet again”. But I think those words speak to the hope we should all have during these troubling times.’

Lingerie model Daisy Lowe was saddened she couldn’t mark her mother’s birthday the way she had hoped this week.

Designer Pearl Lowe, a former member of the notorious Primrose Hill set, turned 50 yesterday and, in accordance with social distancing rules, was unable to mark the milestone with a party. 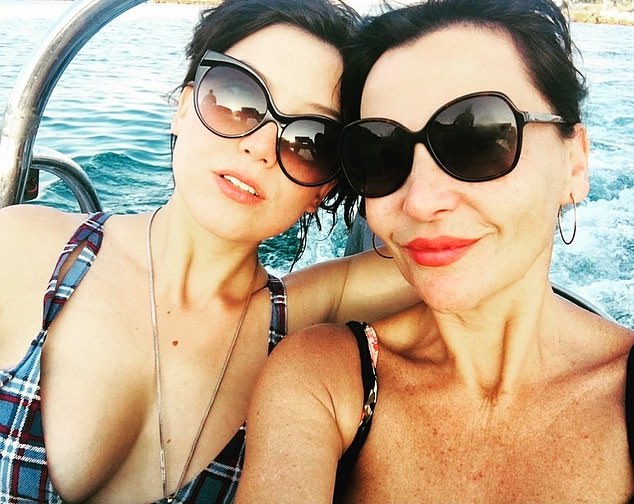 So her 31-year-old, ex-Strictly star daughter instead recalled a happier time by posting a recent holiday snap online.

‘We planned to celebrate very differently but I know today will be absolutely perfect because that’s what you deserve,’ she captions it. ‘Thanks for being my greatest friend, teacher and dance partner.’

How 007 ordered a shandy with panache

He spent a couple of days with Moore’s family in the South of France and one day they were all lunching al fresco on oysters in a restaurant in the port of Villefranche-sur-mer. ‘A glass of champagne usually completed the experience, but on this occasion Roger requested “Panache” in that deep, rich voice of his,’ remembers McKenna.

‘I hadn’t heard what it was and Roger said it was a shandy, explaining “it takes the edge off the day.” Well, I thought, “If James Bond’s drinking shandy, so will I.”’

Sir Peter Viggers, who came to epitomise the parliamentary expenses scandal, has died aged 82. He was the MP forced to stand down after charging taxpayers £1,645 for his floating duck island plus £30,000 in other gardening costs over three years . Sadly , not even his feathered friends appreciated his extravagance. ‘It was never liked by the ducks,’ conceded Viggers of his duck house.

He later tried to make amends by selling it — and he gave the proceeds to charity.

There’s no slowdown for Duncan Bannatyne during lockdown.

The former Dragons’ Den star, 71, is keeping himself occupied by performing lively dance routines with third wife Nigora, 40, in their bedroom at their Kensington home. 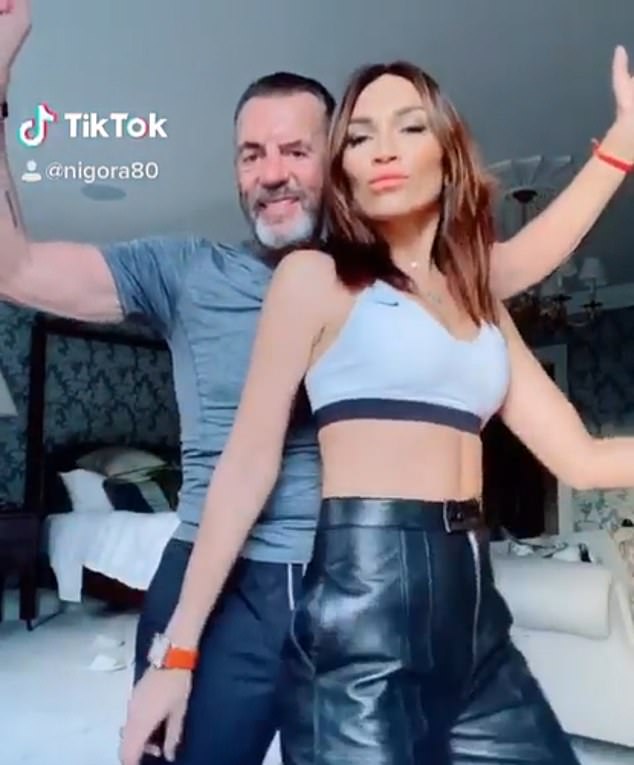 Former Dragon Duncan Bannatyne, 71, performed some dance routines on TokTok with his third wife Nigora, 40, while in coronavirus lockdown

The former Harley Street dental hygienist, who wed the Scot worth £280 million three years ago, sported a white crop top and leather trousers as they gyrated to Welcome To St Tropez by DJ Antoine.

Lyrics to the 2010 rap song include: ‘Too much money in the bank account / Hands in the air make you scream and shout.’

Nigora shared a video of it online, saying she was ‘sending out positive vibes’.

Man behaving sadly… Former TV heart-throb Neil Morrissey is feeling his age and admits he doesn’t have the looks to make it in America. The Good Karma Hospital and 1990s Men Behaving Badly star says: ‘I’d go work in America, but they don’t like people with slightly yellow teeth and a pot belly.

‘People on American TV are uber beautiful, even if that’s not real life.’

Zeta-Jones’s reservations in the kitchen

HOLLYWOOD star Catherine Zeta-Jones can’t even step into her kitchen without making a fashion statement.

The actress from Swansea, who is married to double Oscar-winner Michael Douglas, gave a glimpse of her culinary attire this week — a monochrome ensemble emblazoned with the Chanel logo.

Catherine, who is in quarantine with her husband and their two children, Dylan, 19, and Carys, 16, might look the part but admits her cooking skills leave much to be desired. ‘I make reservations; I don’t make dinner,’ she says. 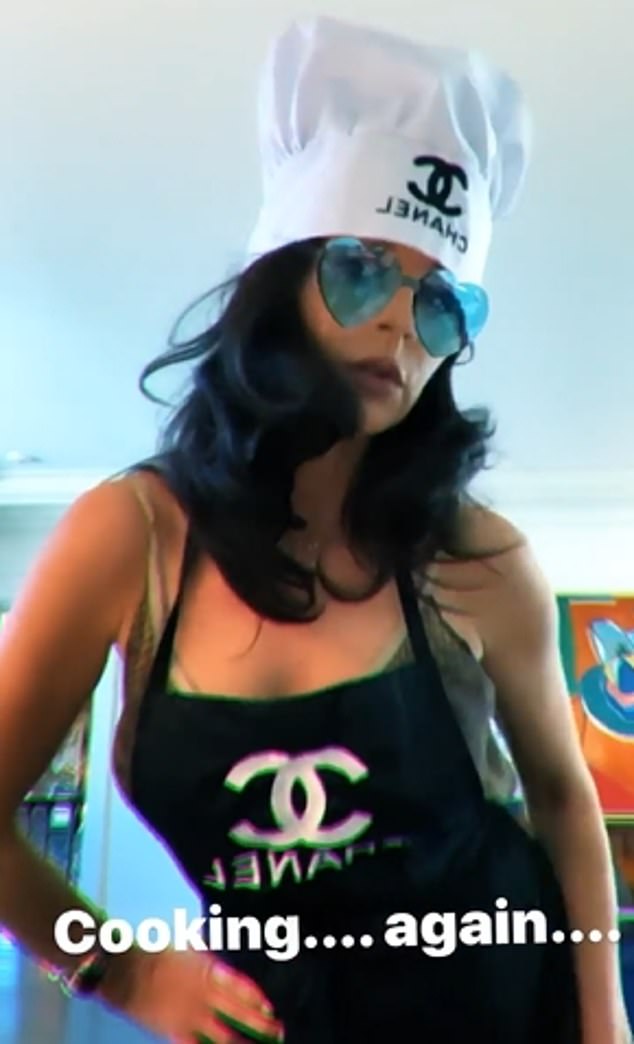