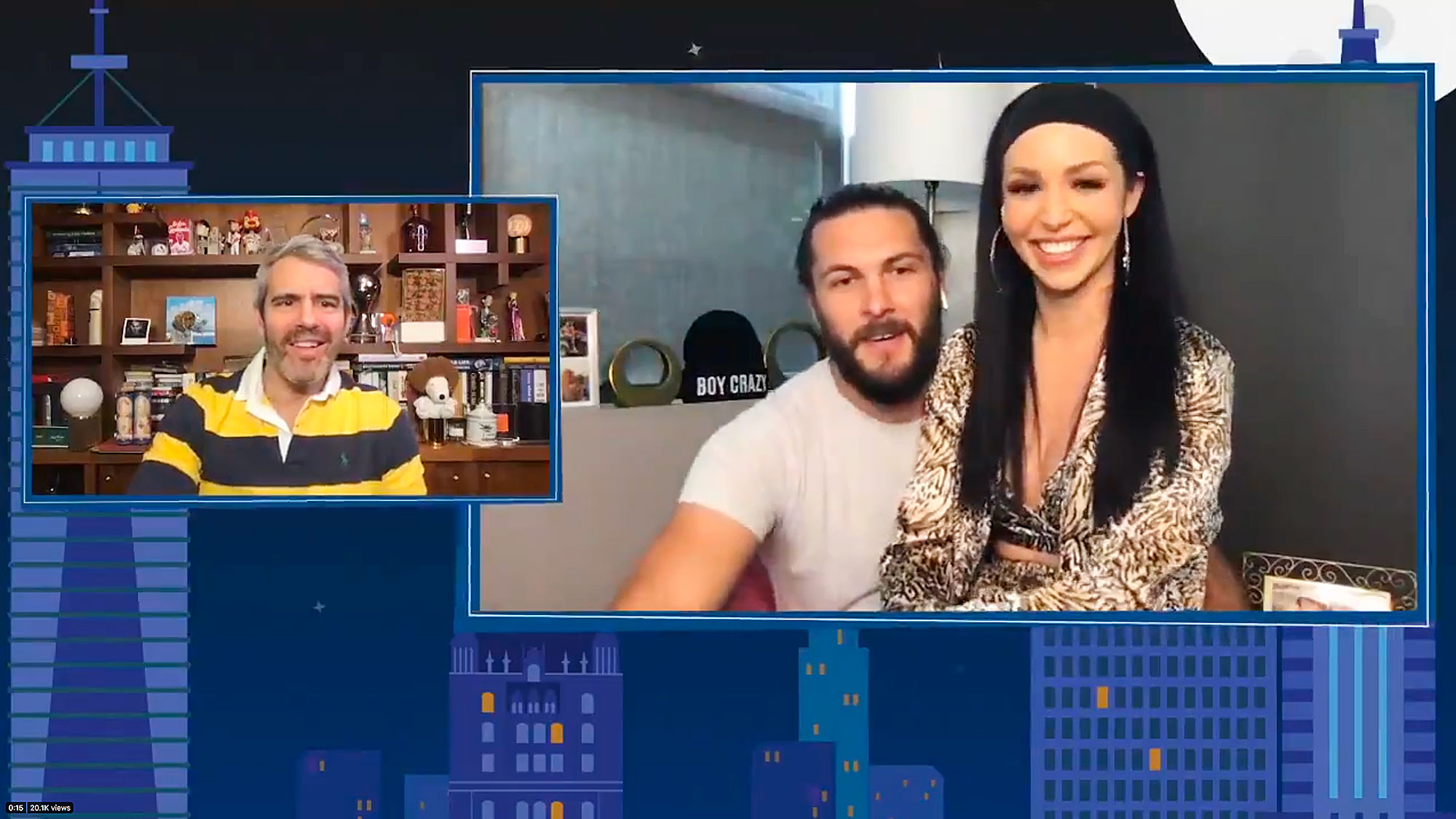 The Vanderpump Rules star, 34, called into the talk show on Tuesday, April 21, from her home, which prompted host Andy Cohen to ask if the professional rugby player would join the interview. Davies agreed and sat down in front of the camera with Shay in his lap.

“So we’ve been officially [dating], like, six months,” the Australian native said. “I feel like quarantine, that’s about a year and a half. A month in quarantine, we’re coming to a year.”

Cohen, 51, asked if it was “more or less sexy” being quarantined together while in a new relationship and Davies admitted it’s “a bit of both.” He added that they’ve managed to make the most of their time alone together.

As for if Davies finds Shay clingy, the athlete said he “likes” the attention he gets from his girlfriend.

Us Weekly broke the news in November 2019 that Shay is dating Davies, whom she met at a music festival. The California native told Us in February that their relationship is easygoing.

“[Brock] treats me right, I’ve never been with someone who made me feel so loved and not insecure. We are a good fit for each other,” Shay said at the time. “We are both loud outspoken personalities so we butt heads at times, but any issue we’ve ever had has been resolved in less than 30 minutes.”

The Bravo personality was previously married to Mike Shay from 2014 to 2017. Scheana was also linked to her Vanderpump Rules costars Max Boyens and Adam Spott, Bachelorette star Robby Hayes and Rob Valletta. She admitted to Us in November 2018 that she “ignored signs” in her prior relationships.

“I kind of lost myself for a couple years and got caught up in the things that weren’t important,” Scheana explained at the time. “Even with Rob, there was so many times that things didn’t really [seem] right, but I ignored it. I ignored signs, I ignored other opinions.”

One year later, Scheana gushed over Davies and revealed how he is different from her other exes.

“He’s gorgeous,” the reality star said in November 2019. “He’s so good to look at, but he is the nicest person I’ve ever met and treats me with respect, the way I deserve, so that’s the best part about him.”