Home
Celebrities
Ryan Reynolds Speaks Out About Who He Wants To Host Jeopardy!

Following the tragic death of Alex Trebek in November 2020, there was non-stop talk about who would take over his job at “Jeopardy!”. In the months that followed the iconic host’s death, the show made due with a long list of guest hosts, but on August 11, it was announced that executive producer Mike Richards would be Trebek’s permanent replacement, per The New York Times. Meanwhile, “Big Bang Theory” alum Mayim Bialik was tapped to host primetime specials.

However, that decision didn’t hold. On August 20, Richards announced he was stepping down following the resurfacing of inappropriate remarks he made about women, disabled people, and others. “It pains me that these past incidents and comments have cast such a shadow on ‘Jeopardy!’ as we look to start a new chapter,” he wrote. “Over the last several days it has become clear that moving forward as host would be too much of a distraction for our fans and not the right move for the show.” Now, fans are calling on Bialik to step down, per Deadline, due to previous comments she’s made about vaccines (she since clarified to The Wrap that she is “not an anti-vaxxer” and that she and her kids are fully vaccinated against COVID-19). Journalism professor Jeff Jarvis claimed on Twitter, “Keep in mind that Mayim Bialik, though vaccinated, spreads vaccine doubt and hawks brain quackery. She is no representative for a show about facts and authority.”

So who should host the show? Ryan Reynolds has an idea.

Who is Ryan Reynolds' top pick for 'Jeopardy!' host? 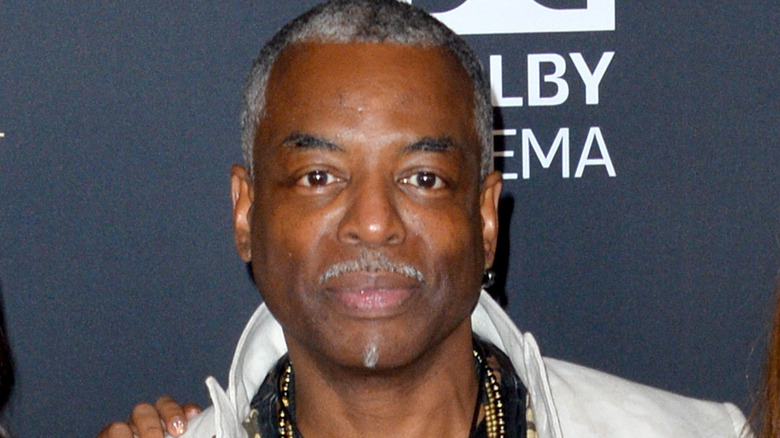 Ryan Reynolds knows exactly who he wants to see hosting “Jeopardy!”. The “Free Guy” actor gave some interesting insight on Twitter when promoting his pick. Reynolds talked about how he landed his role in “Deadpool” thanks to major fan support — and noted the same might happen for the man everyone wants to see take over the game show. “Pretty consistently from 2013 to 2015 ‘Deadpool’ would explode on Twitter with fans wanting me to play him,” Reynolds wrote. ” … Ultimately the fans won and the rest is glorious history.” He concluded the tweet with a not-so-subtle hint, writing, “Hi @levarburton.”

It’s not the first time Reynolds has supported Burton’s bid to host. When the PBS star landed a guest-hosting spot in April, Reynolds enthused, “This needs to be a permanent gig.” And Burton agrees. Back in September 2020, when speculation began of Alex Trebek retiring following his cancer diagnosis, Burton tweeted, “Not gonna lie, I feel like I’ve been preparing my whole life to occupy the @Jeopardy host podium when Alex retires.” Indeed, the “Reading Rainbow” host has been incredibly vocal about his desire to host permanently, telling USA TODAY, “I think it’s a good fit of what the show is, what the show requires and what I feel like I bring to the table.” He added, “I feel as strongly about my rightness for this as I did about Kunta and Geordi.” We’ll just have to wait and see.

Tags: about, out, Reynolds, Ryan, Speaks
You may also like
Recent Posts