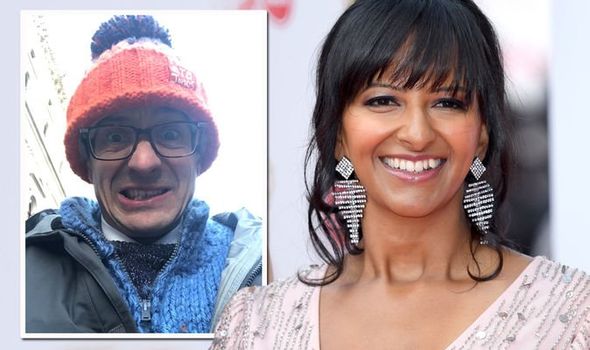 Strictly Come Dancing 2020 star Ranvir Singh took to Twitter and messaged BBC political correspondent Chris Mason. The 43-year-old TV star, who is the political editor for ITV’s Good Morning Britain, offered to send her thermals to the television star, as she heads to the training room instead of Westminster.

Chris tweeted: “Morning from Westminster!” in view of his 89,100 followers.

“Couldn’t find my thermal leggings this morn, so could be a bit nippy in Downing St later @bbc5live @BBCBreakfast @BBCr4today,”(sic) he went on to add.

He also snapped a selfie and spoke of the “glamour” of on-location reporting.

“That terrific combination of being frozen bow legged and busting for a pee. On location reporting in December is never anything other than glamorous,” he joked.

Ranvir, who is currently in the rehearsal room with her Strictly partner Giovanni Pernice, headed to the comments section to reply.

“I’m not using mine at the moment I’ll send them down @ChrisMasonBBC!” she remarked. 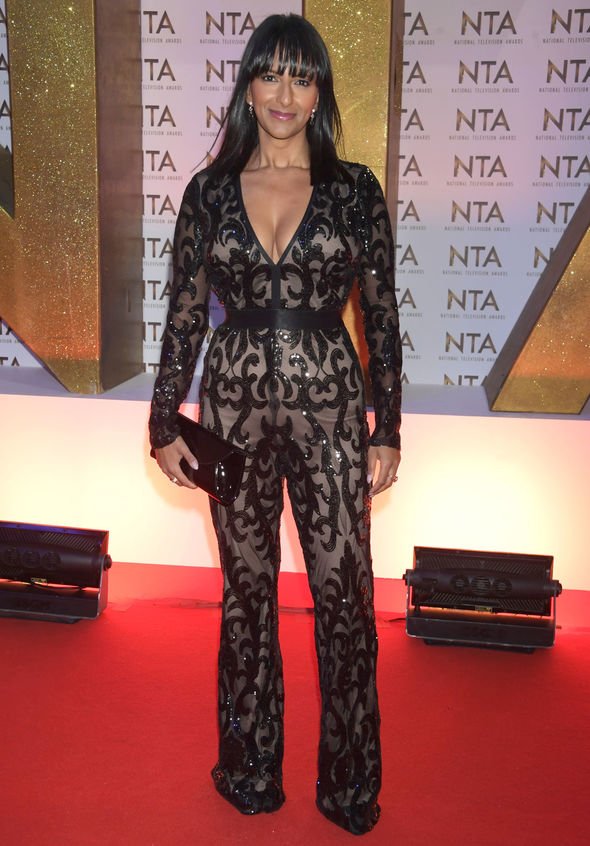 “You looked bl**dy cold but your jacket was undone! Very nice jacket though I have to say!” one social media user wrote.

“@ChrisMasonBBC just became the most envied person in the country,” a third person remarked.

“Do they fit you as well as your outfit on Saturday? You looked amazing Ranvir,” a fourth fan asked. 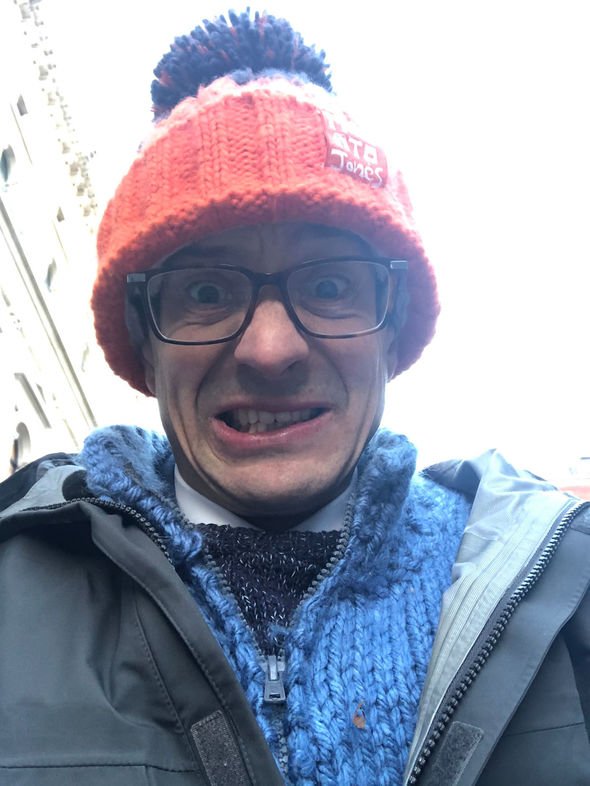 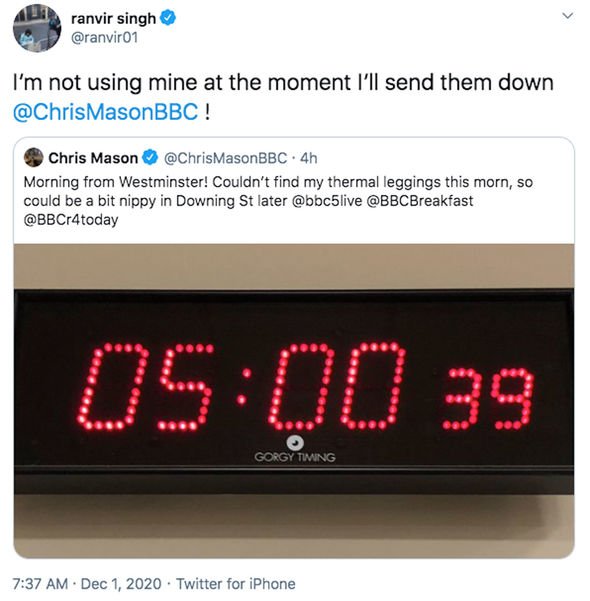 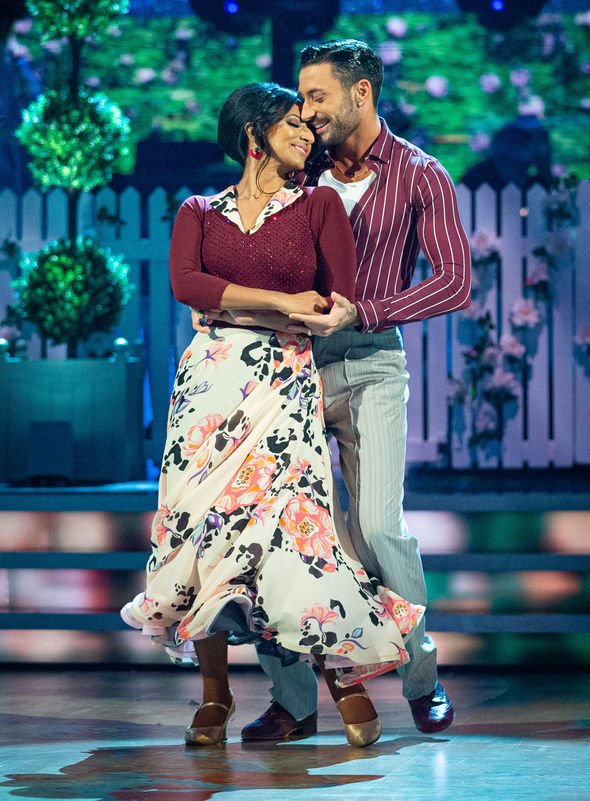 Last weekend Ranvir glided around the Strictly dance floor in a pretty floral dress and a figure-hugging maroon jumper.

She performed an American Smooth routine with Giovanni to I Say A Little Prayer by Aretha Franklin.

The couple found themselves right in the middle of the leaderboard with a score of 24 points.

Radio DJ Clara Amfo and Aljaž Škorjanec, who were at the bottom of the table, were later eliminated from the ballroom dancing competition.