Piers Morgan, 55, was one of many Good Morning Britain stars to express their condolences for meteorologist Alex Beresford, 39, after he opened up about his heartbreaking family loss. The GMB weather presenter told his 55,000 Twitter followers that his step grandmother had died on her own due to coronavirus lockdown restrictions.

He added that he was unable to comfort his mum or stepdad in person.

Members of the public have been instructed by the Government not to visit friends and family to prevent further spread of COVID-19.

Sharing the upsetting news, Alex wrote: “My lovely step grandmother died on her own tonight!

“I can’t even go to my mums to hug her or my stepdad. 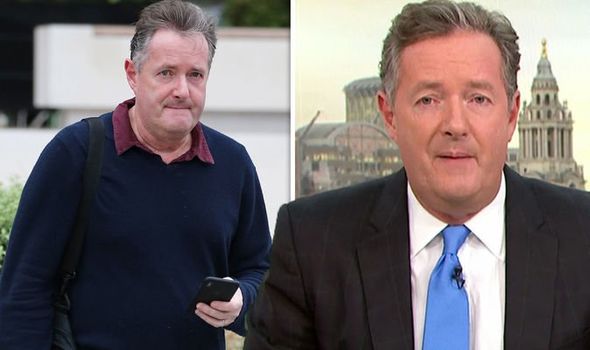 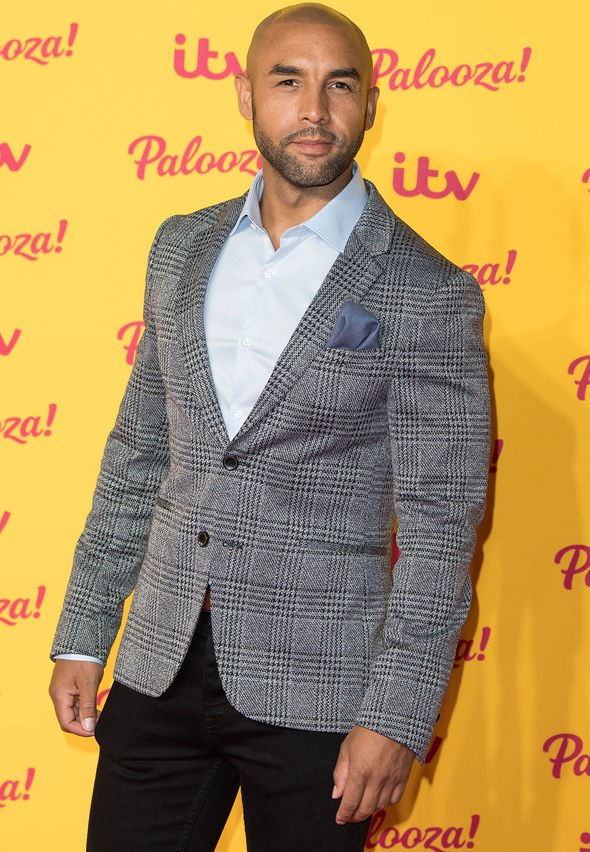 “They also can’t leave the house because they are vulnerable and I doubt they would let us in to pay our respects. I feel upset, trapped and powerless!”

Piers told Alex that he was “so sorry” to hear about his loss in the comments section of his tweet.

Piers’ co-host Susanna Reid echoed his sentiment by replying: “Oh Alex. I am so so sorry.” 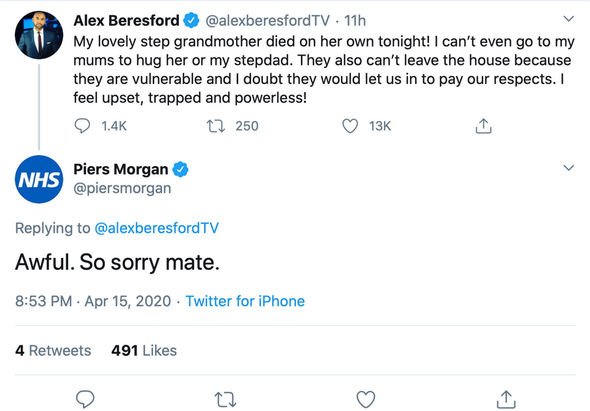 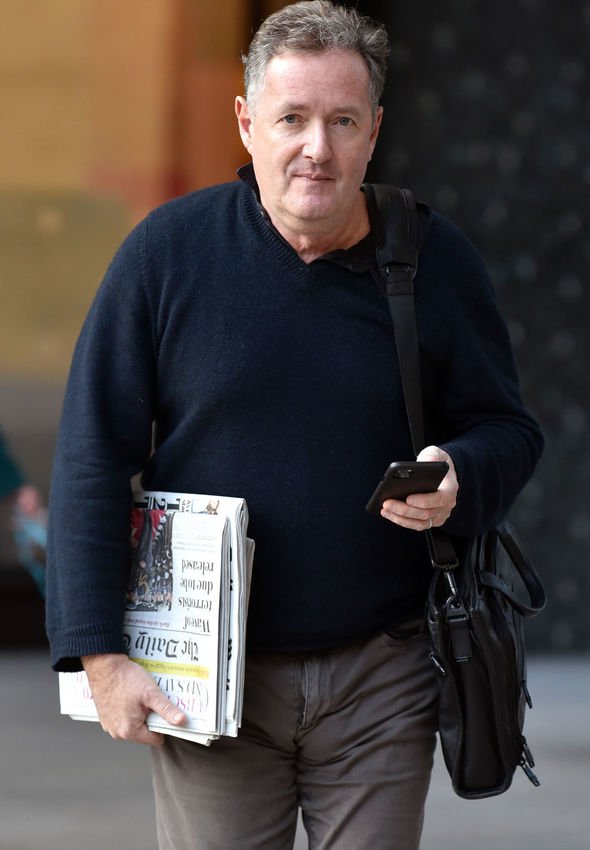 The star broke the news just an hour after thanking NHS volunteers that had brought shopping to his mother.

Speaking to the camera, Alex said: “A massive thank you to all the NHS volunteers who have signed up to do stirling work…

“My mum had one of the letters which said she had to stay inside until June.

“So, as a son I have stepped up, as you would, I have been going to the shops for my mum, I have been collecting her medication on a weekly basis.”

He continued: “Today I didn’t have to do that as a lovely lady, I don’t know her name, I wish I did know her name but she delivered my mum’s medication right to her doorstep, with a smile, happy to help.

“My mum also received one of them food parcels, which we were amazed at how much great food was in there, and is really going to keep my mum going.”

Alex’s GMB co-presenter Kate Garraway’s family has also been impacted by the pandemic after she confirmed her husband Derek Draper has been admitted to intensive care with COVID-19.

Ben Shephard read a statement from the television personality to update viewers on her other half’s condition.

It read: “Derek remains in intensive care and is still very ill. I’m afraid it remains an excruciatingly worrying time.

“The NHS team who have been working on him have all been extraordinary and I know it’s only their professionalism, dedication and bravery that has kept Derek with us so far.”

Good Morning Britain airs weekdays at 6am on ITV.