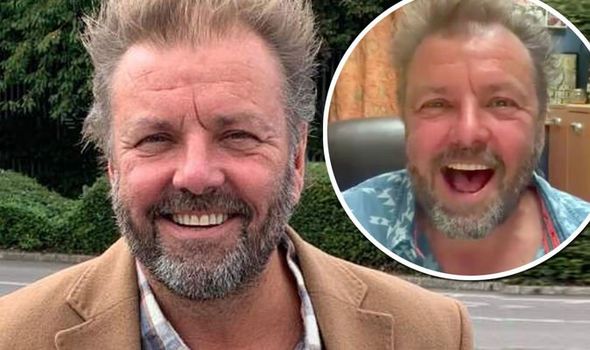 Homes Under The Hammer star Martin Roberts took to social media on Monday to answer questions from his Twitter followers, but was surprised by one in particular. During the segment, the 57-year-old television presenter was forced to deny he was being “snide” with buyers on the micro-blogging site.

Earlier in the week, Martin said he would be holding an online Q&A session and asked his followers to get their questions in quick.

“It’s another #AskMartinMonday! he told his 25,400 followers.

“Reply to this with your questions, whether property related or otherwise, and I will answer you later today!” the TV star added.

Martin was inundated with replies and got to work answering what he could. 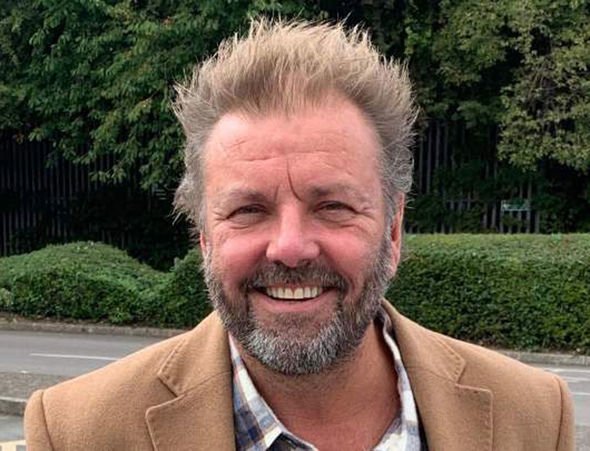 One social media user asked if there were any plans for an outtakes special of the show, to which Martin replied saying it was a “great idea” and that he had already suggested it to the team.

Another asked: “Why do you always do a snide giggle in the face of the buyers at the end of each segment?” alongside a laughing emoji.

Martin told them that he didn’t realise he was giggling on the popular property show, but reassured that he would have “strong words” with himself.

He responded: “I wasn’t aware I did – I shall have strong words with myself! I like to think that I’m never snide!”

Other followers and fans took to the comments section to wade in on the discussion. 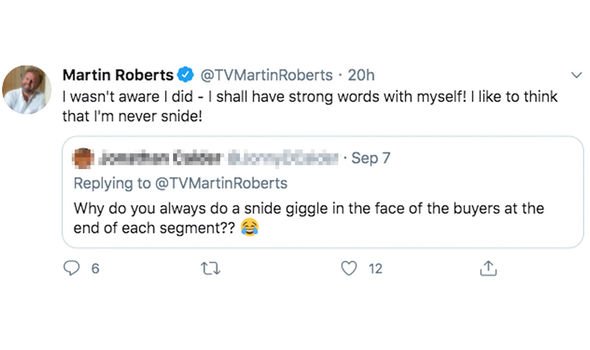 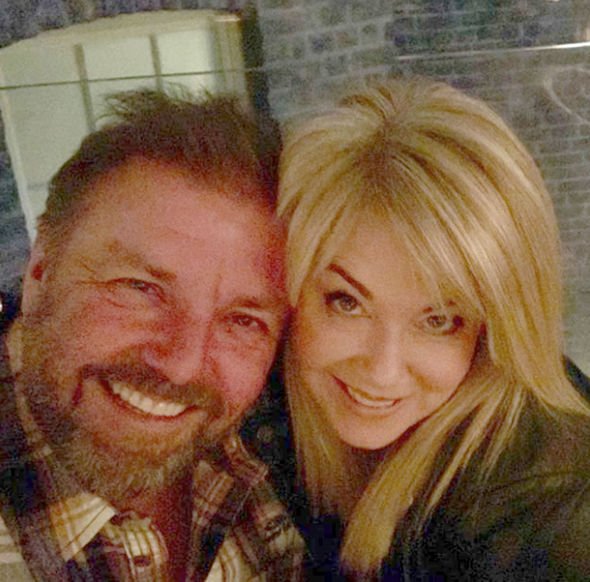 “I don’t think it’s snide, I always thought it was a nervous giggle,” said one Twitter user jumping to his defence.

“No, you are never snide. Don’t know where he got that from. #notnice to say that to you,” remarked a third.

A fourth fan added: ”Not seen that I must admit, but have seen the wide eyed astonishment of, ‘You didn’t read the legal pack?!’”

Tags: Martin Roberts
You may also like
Recent Posts