As if a story about hitman-hiring, tiger-cub-dealing, Guy-Fieri-looking zookeeper Joe Exotic wasn’t batshit (tigershit?) crazy enough, there’s the adjacent story of Mario Tabraue, another wildlife reserve owner who has an even more legally dubious backstory.

Tabraue, the director and president of the Zoological Wildlife Foundation, was featured in Netflix’s Tiger King documentary series. The series’ principle figure is, of course, Exotic, who was incarcerated last year for hiring a man to kill critic and animal rights activist Carole Baskin. Exotic had operated a shifty exotic animal park out of Oklahoma. He’s now in federal prison.

But Tabraue also deserves documentary attention. He was convicted on racketeering charges in 1989. He ran a cocaine drug ring and some even claimed he acted as the inspiration for Scarface‘s Tony Montana. He even allegedly tried to dismember a body with machete, according to the Miami New Times.

Tabraue grew up in Miami where his father Guillermo worked in Little Havana as a jeweler.

Beginning in 1976, the father and son began working a drug ring, smuggling marijuana into the United States. The ring would smuggle some 500,000 pounds of marijuana as well as cocaine.

In the late 1970s, Tabraue was reportedly distributing the drug money to Miami police officers. By then he had also opened an exotic animal store and ranch. He kept everything from cheetahs to cobras and was later charged with illegally acquiring endangered animals.

Throughout the 1980s, Tabraue, according to federal prosecutors, served as “chairman of the board” of the drug trafficking operation. He allegedly stored 10,000 pounds of marijuana in “Parrot Jungle,” a Miami tourist attraction. His drug network was worth some $75 million at its height.

During that time, ATF agent Larry Nash was murdered by Tabraue’s henchmen. (Tabraue was not charged later in connection to the killing.) Nash’s body was later set on fire after being dismembered by a chainsaw.

The federal case against Tabraue was called “Operation Cobra,” because of Tabraue’s exotic pet store and ranch. Tabraue was arrested on narcotics and racketeering charges in 1987. The trail took place in 1989, ran four months, and concluded with the sentencing of multiple associates, including Orlando Cicilia, the brother in-law to Senator Marco Rubio. Tabraue received 100 years. Guillermo Tabraue plead guilty to income tax charges. 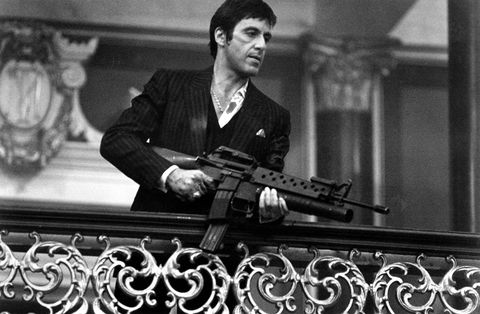 Where is Mario Tabraue now?

Though he was given what should have amounted to a life sentence, Tabraue only served 12 years due to his cooperation as an informant. He was released in 2001 and returned to work in the zoology industry. He is currently the director and president of the for-profit Zoological Wildlife Foundation.

He has recently lobbied congress to kill legislation cracking down on similar exotic animal parks.